Canadians could be forgiven for being confused about how their fellow citizens really feel about Khadr's $10.5 million payout, especially if they were among those relying on the recent Angus Reid poll that launched the Cons' latest anti-Muslim campaign 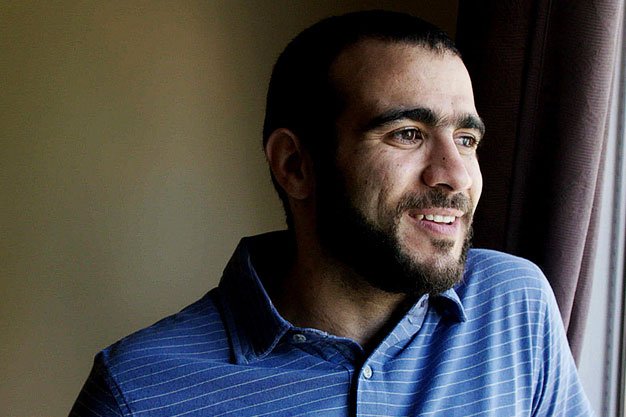 I’m a little late to the #OmarKhadr bashing party. I was out whiling away the time on vacation when the you-know-what hit the fan about the feds’ $10.5-million payout and apology to the former child soldier. In return, Khadr will drop his $20-million civil suit filed over his treatment by government officials.

But the newly minted Conservative Party of Canada leader Andrew Scheer and others in what passes for the conservative movement in Canada these days – not to mention their friends in the media – can’t seem to let the story go. Or rather, the thought of an alleged “terrorist” and “murderer” (yes, Canada, your country is racist) cashing in on the taxpayers’ dime. The Cons are promising to make l’affaire Khadr the talk of the barbecue circuit this summer.

And so right on cue last week, Conservative MP Michelle Rempel, who’s supposed to represent the new face of Canadian conservatism, appeared on Tucker Carlson’s show on Fox News in the U.S. (as if there aren’t enough trolls to appeal to in Canada) to claim Canadians from coast to coast to coast are “outraged” by the compensation package. Thornhill MP Peter Kent, a former journalist who knows a few things about how the selective use of facts can skew a story (fake news is big these day), followed that bad act up with a piece on the Khadr deal in the Wall Street Journal.

Canadians could be forgiven for being confused about how their fellow citizens actually feel about Khadr, especially if they were among those relying on that Angus Reid poll that came out shortly after the payout was formally announced, and which has lit up anti-Muslim vitriol on online comment forums over the last two weeks.

That poll claims that “the vast majority” of us, 71 per cent, believe the Trudeau government made the wrong decision compensating Khadr. According to the survey, most Canadians, some 65 per cent, also reject the notion the government had no choice but to settle, even if the feds had already racked up millions in legal expenses fighting Khadr.

Then, like an improvised explosive device in the middle of Angus Reid’s poll, plopped the pronouncement that 64 per cent of Canadians believe Khadr is a “potential radicalized threat.”

Conservative media jumped all over that one, which is to say they reported it dutifully without bothering to dissect the supporting numbers. A closer look at those tells a different story. That’s the thing with public opinion polls. They can, and often are, used to push an alternate reality.

And with this one, there were a number of red flags missed by we gatekeepers of public discourse (i.e.: the media) beginning with the fact that those polled were not what might be described as ordinary Canadians. They’re members of the Angus Reid Forum, an online panel paid to take part in surveys for the polling company. (Check out the snaps on Angus Reid’s Instagram account.)

Red flag number two: Angus Reid’s poll was “self-commissioned,” which is always dangerous given polling companies usually only commission their own polls for one reason and one reason only, and that’s to get their name in the papers.

Dig a little deeper into the “tables, graphs and methodology” section accompanying the poll and Angus Reid’s conclusions become wobblier.

For example, 32 per cent of those surveyed report that they either recognize Khadr’s name “but haven’t followed the story/don’t know much about it,” or don’t know anything about Khadr at all.

So, how the poll could have arrived at the conclusion that the “vast majority” of Canadians oppose the settlement looks like statistical wizardry. Oh wait, the answer to that apparent discrepancy is right there in the two-page backgrounder issued by Angus Reid. It states somewhat matter-of-factly that opposition to the government’s decision, “does not appear to be affected by awareness of Omar Khadr and his story, or by gender… but political affiliation plays a major role.”

In other words, the fact that people know little or nothing about Khadr’s case seems to have little bearing on their opinion – their answers depend more on which political party they supported in the last election. Well, then…

That may explain why 42 per cent of those surveyed answered “not sure/can’t say” whether Khadr was treated fairly or unfairly.

Angus Reid’s key findings are seemingly contradicted by its own survey. For example, 74 per cent of those asked agreed with the statement that Khadr was a child soldier at the time of his arrest at the age of 15 “and should have been dealt with accordingly,” which presumably means not left to rot in Guantanamo.

Despite that finding, 64 per cent of those polled agreed with the statement, “Omar Khadr remains a potential radicalized threat now living in Canada.” Again, a more detailed look at the breakdown reveals that half of those who agree with that statement only “moderately agree.”

Shachi Kurl, executive director of the Angus Reid Institute, who has been charged with making the media rounds to flog the poll, has yet to respond to an email request from NOW for comment. We will update this story when she does. (See full response from Angus Reid below). But she told Huffington Post that the Khadr decision could “haunt” the Liberals’ electoral prospects come 2019.

To be sure, that’s the predictable narrative that’s been making the rounds among Conservative party acolytes on social media – it was a Conservative government under Stephen Harper, after all, that allowed Khadr to languish in Guantanamo Bay, that ignored his claims of torture, and that fought efforts to have him transferred to a Canadian prison. It was also the Harper government that tried to drive a wedge through the last federal election with talk of banning niqabs when it was clear the Cons were headed for certain defeat.

Harper may be gone as leader (he still looms large as the party’s chief fundraiser), but the dishonesty continues to run deep in Conservative party ranks.

As for polls, there was one out this week by Nanos Research, which tracks cross-country  support. It shows the Trudeau government’s numbers are up and that the Cons got zero bounce from their efforts to demonize Khadr. Clearly, Canadians are not buying the BS.

The following response was received from Angus Reid research associate Ian Holliday shortly after this post was published:

You’re correct in noting that the Khadr story is something Canadians profess relatively little knowledge about. I think your question about the accuracy of the poll is misplaced, however. Public opinion is often uninformed or ill-informed. People have opinions about things they don’t fully understand.

Part of the responsibility of media – and, indeed, of government officials – in a democracy is to strive to educate the public about issues in order to try to improve their understanding. (It’s challenging, because often the goals of politics and the format of news don’t lend themselves to explaining nuance.)

This is a responsibility for pollsters as well, and if you review our questionnaire you’ll see we provided numerous details about the case in an attempt to ensure that people were not expressing totally uninformed opinions.