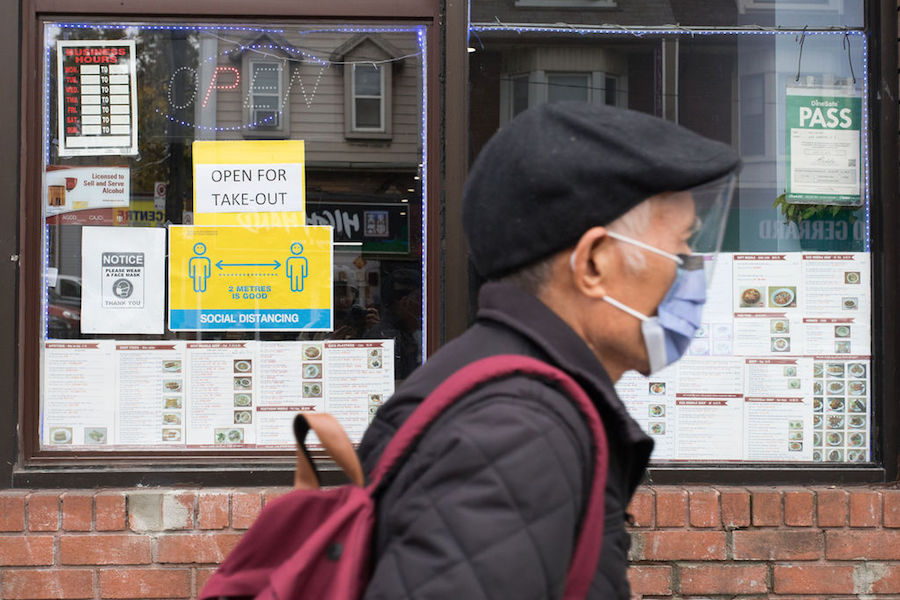 The order limits outdoor gatherings and reduces business hours, among other measures, to curb transmission of the virus as COVID-19 overwhelm the hospital system.

Long-term care residents accounted for 29 of the reported deaths, along with three people between the ages of 40 and 59.

There are now 259 long-term care homes experiencing an active outbreak in the province.

The province completed 71,169 tests in the past 24 hours, marking a 5.1 per cent positivity rate, down from six per cent yesterday.

Ontario has administered 159,021 doses of the vaccine and has completed 13,293 vaccinations. Just over 14,000 were administered in the past day.

The province announced the phase 2 rollout of the immunization plan on Wednesday, which will include teachers, first responders and people over the age of 80.

There are a total of 29,307 active cases in Ontario as of January 14 and 1,657 hospitalizations. Of those hospitalized, 388 are in intensive care and 280 of those patients are on ventilators.