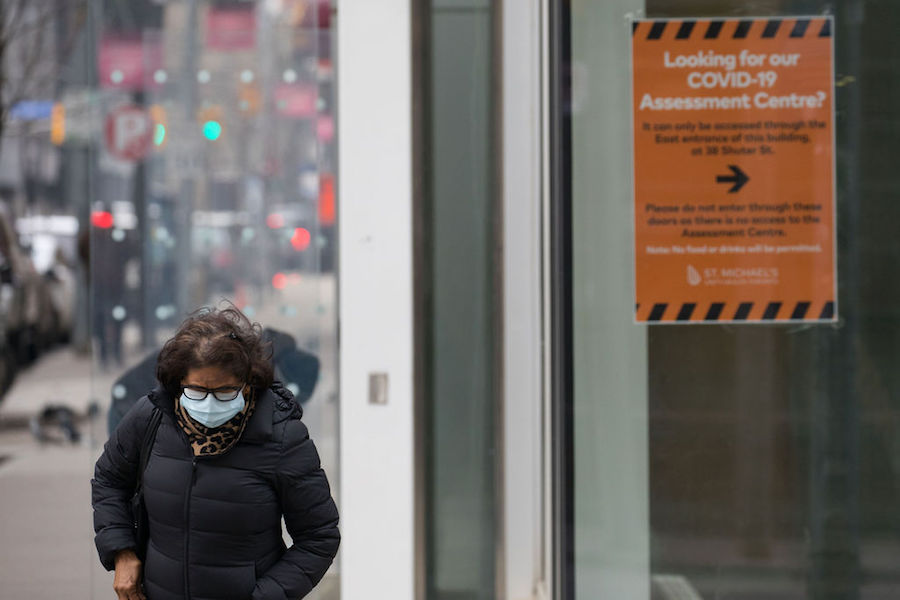 Today’s case count is an increase over Saturday’s 3,056 but down from the record-high 3,945 cases confirmed this time last week.

Province-wide hospitalizations went down by 62 over yesterday to 1,570. There are 395 COVID-19 patients in intensive care units and 293 people breathing with the assistance of a ventilator.

The Greater Toronto Area and Southwestern Ontario led the province in new infections.

As of 8 pm, the province had administered 200,097 doses of the COVID-19 vaccine. Ontario public health officials have revised vaccine protocol after Pfizer said it will temporarily reduce shipments of its two-shot COVID-19 vaccine to Canada by half this month.

People who have received their first shot under phase one of the immunization plan will have to wait longer than originally expected to receive the second.

The order, which took effect on January 14, requires people to stay at home except for 29 essential reasons. The rules prohibit outdoor gatherings of more than five people.

“While we recognize the right to lawful protest, the existing emergency orders prohibit large gatherings of more than five people,” police said in a statement. “As a result of the orders, we are enhancing our enforcement of large gatherings.

The anti-lockdown protests have been taking place weekly for several months.

Police also allege an officer was assaulted during the Yonge Dundas protest.

Conor Chappell, 22, was charged with assaulting a police officer and obstructing police.

City to decide fate of summer events, including Pride

The city will decide within a month whether or not to issue permits for in-person summer events such as Pride and Canada Day, Mayor John Tory told CP24 on Sunday.

The city cancelled Pride and many other outdoor summer festivals on March 31 last year due to the pandemic. The annual event, and many others, pivoted online to host virtual versions.

“We’ve taken no decision to cancel events into the spring, like Pride and Canada Day and so on, but that date is coming just because so much advance planning is involved that we have to sort of indicate whether we are going to issue permits and think that is viable probably in the next month,” the mayor said.

Tory said he is “doubtful” the St. Patrick’s Day Parade will happen in mid-March given the high level of community spread and the increasing volume of COVID-19 patients being admitted to GTA hospitals.

“I will work with the organizers of the St. Patrick’s Day parade to make sure we do something virtual if the parade doesn’t happen,” Tory said.

On Friday, a doctor at the Scarborough Hospital tweeted said the critical care patients are being redirected to Oshawa, Ajax, Peterborough and Kingston (via helicopter) due to lack of critical-care beds.