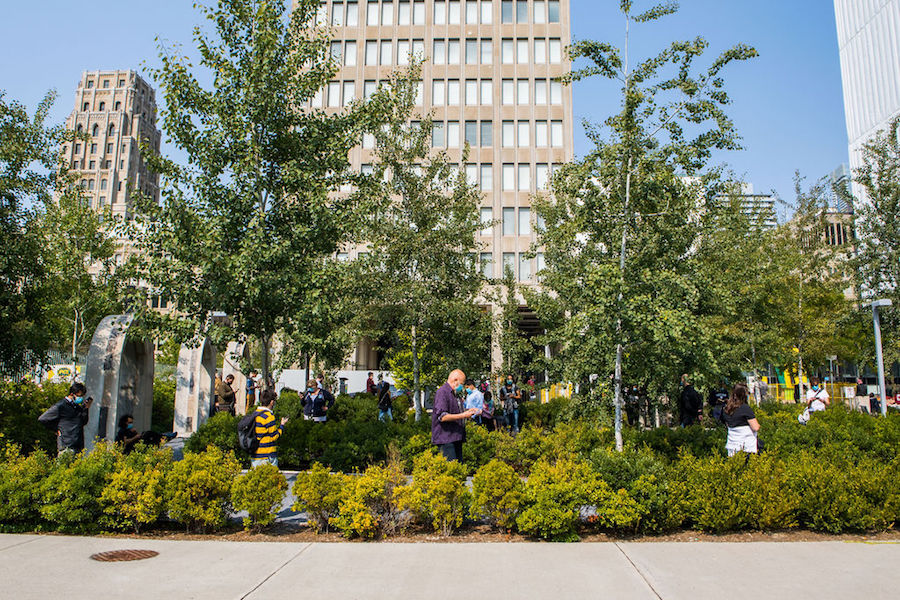 Ontario reported 625 new COVID-19 infections on Wednesday, an increase over the previous day.

Nearly half of today’s new cases are in Toronto.

“Locally, there are 288 new cases in Toronto with 97 in Peel, 64 in Ottawa and 41 in York Region,” Health Minister Christine Elliott said. “Sixty-two per cent of today’s cases are in people under the age of 40. There are 457 more resolved cases today.”

Four more people have died in the past 24 hours. There are 150 in hospital, including 35 in intensive care and 17 on ventilators.

The province confirmed 554 new infections on Tuesday and 700 on Monday.

The continued rise in new infections comes as public health officials release new modelling data for the fall season showing that cases are climbing in all age groups.

Since Ontario’s second wave began, most new infections have been driven by people between ages 20 and 39.

“There’s people in their 60s, 70s and 80s who are letting their guard down. They’re not 20s and 30s – they’re not the ones in the bars,” Ontario’s Chief Medical Officer of Health David Williams told reporters on Wednesday. “[They’re] going out in social gatherings and they’re not wearing protection.”

Williams presented new modelling data for the province’s second wave that showed Ontario is on a similar upward trajectory experienced in “peer jurisdictions” Victoria, Australia and Michigan in the United States.

The forecast suggests there will be 1,000 new cases per day in early October, similar to modelling data released earlier this week by a collaborative of Ontario scientists and physicians.

Given public health officials are looking at the Australian state of Victoria, Williams was asked if Ontario can expect similar restrictions to the ones state officials imposed on Melbourne residents in early August.

Amid surging cases, the Victorian government banned people from venturing further than five kilometres from their homes, allowed only one person per household per day to go shopping and introduced a curfew between 8 pm and 5 am.

Williams said he is still gauging the efficacy of those “fairly strong, Draconian measures” to see what might be applicable in Ontario’s large urban centres.

“We’re trying to look at what worked and what didn’t work. And they did a number of things,” he said. “There’s some parts they knew did work and some parts weren’t so successful.”

Other points from today’s modelling data include:

The rise in cases is being driven by private social gatherings, public health officials have said. There have also been clusters in bars and restaurants.

In response to surging cases, Ontario has rolled back capacity limits for indoor and outdoor gatherings, shut down strip clubs and tightened restrictions on food and drink establishments.

Later today, Toronto city council is expected to pass more restrictions on bars and restaurants based on recommendations from Toronto Public Health.