Liberal seats in Etobicoke and Scarborough are up for grabs for the PCs, but Doug Ford's popularity will be put to the test among ethnic voters who stand to gain most from Liberal policies like rent control and minimum wage 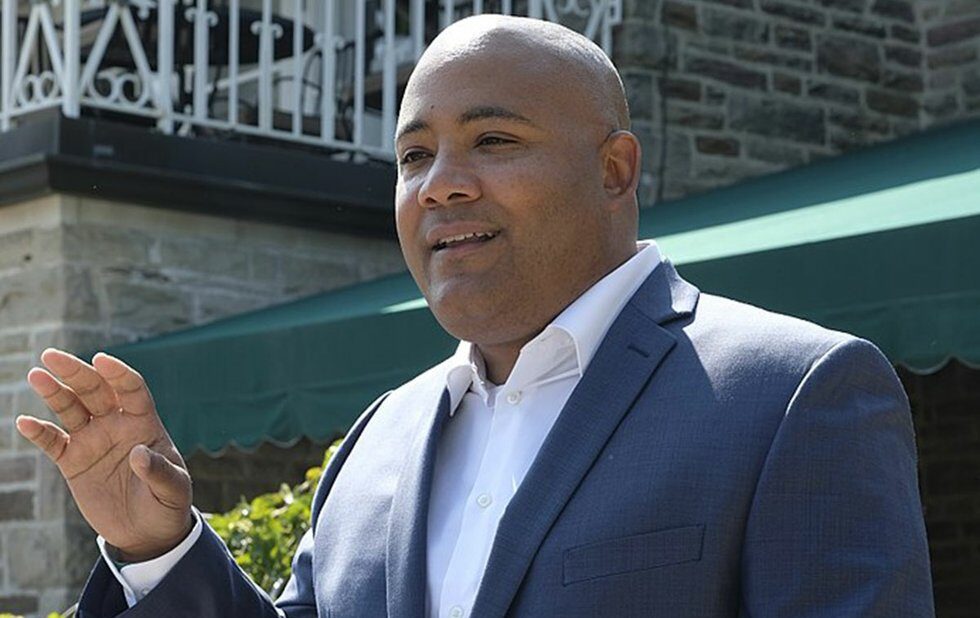 Toronto city councillor Denzil Minnan-Wong has been jonesing to make the leap to provincial politics since forever. And he looked good to have some traction when he was recruited by the now (not so dearly) departed PC leader Patrick Brown to run here. With the more right-wing Doug Ford as leader, the dynamic changes for the worse for Minnan-Wong in a riding that’s solidly ethnic and Liberal red for two decades, and has been held since 2011 by locally popular incumbent Michael Coteau, who is not only one of Kathleen Wynne’s most trusted cabinet ministers, but a respected conduit to the Black community.

If you believe conservative polling firm Forum Research, Liberal leader Kathleen Wynne is so unpopular that she’s in line to lose in her own backyard, where there was some backlash over the Liberals’ sex-ed curriculum among ethnic communities. Difficult to fathom given that she has held the riding since 2003 and won when no one believed she could in 2007 against then PC leader John Tory. It would take a complete collapse of the Liberal vote for Wynne to lose in a riding whose sizable PC base skews red Tory.

PC leader Doug Ford was acclaimed to run in the riding he represented as Toronto councillor March 28. Liberal incumbent Shafiq Qaadri, the first person of Pakistani descent to become MPP in Ontario, has held the riding since 2003 and recently declared his candidacy. In a Liberal party statement announcing his nomination April 25, Qaadri focused on his connections to the riding’s immigrant communities. That was no coincidence. The Liberal strategy here will be to put to the test Ford’s popularity among ethnic voters who stand to gain most from Liberal policies like minimum wage, which Ford opposes. Noteworthy: the PCs finished third behind the NDP last time out. Just sayin.’ 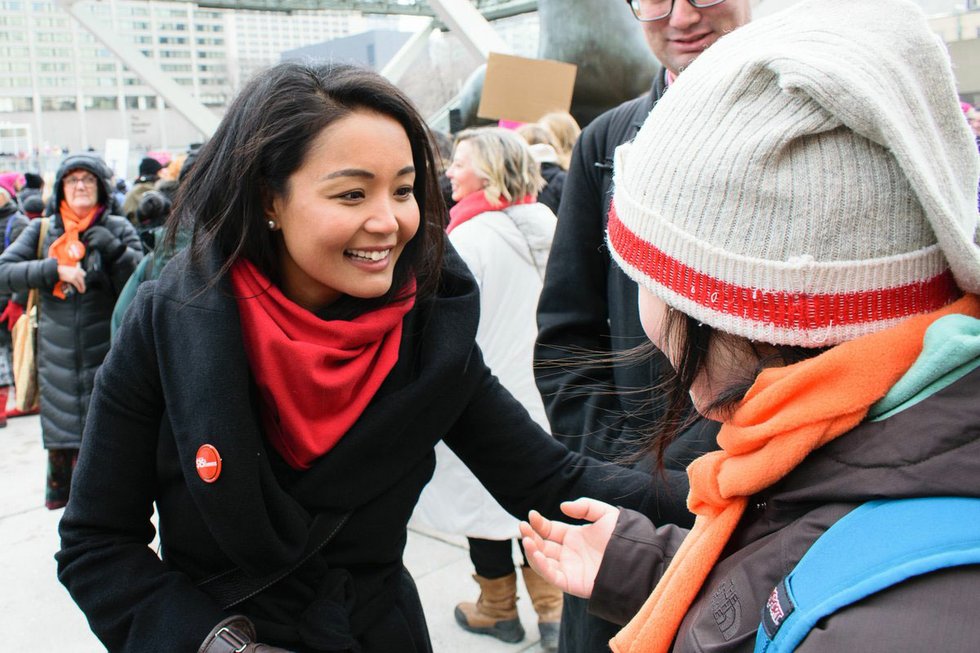 Long-time NDP MPP Cheri Di Novo, who announced last year that she won’t be seeking re-election, narrowly hung on in 2014 against Liberal contender Nancy Leblanc, in what has been a safe seat for the NDP for the last decade. Bhutila Karpoche, who has served as Di Novo’s executive assistant for the last eight years, and has strong ties to the area’s growing Tibetan community, is running this time for the NDP. The Libs are running Ontario English Catholic Teachers’ Union rep Nadia Guerrera.

Liberal MPP Brad Duguid, who has held the riding since 2003, has long been rumoured to be preparing for a run at the Toronto mayor’s job. That speculation resurfaced when Duguid confirmed a few months ago that he will not be seeking re-election here. Other political observers say his decision not to run was prompted by polls showing the PCs ahead in Toronto, but rumour now is he’s angling for a federal run. Duguid endorsed public school trustee Parthi Kandavel to replace him here. Local city councillor Glenn De Baeremaeker also endorsed Kandavel, but he was defeated by Mazhar Shafiq. The PCs nominated Thenusha Parani back in November but overturned that vote in February over allegations of voting irregularities. Political neophyte Christina Mitas, president of the OISE Graduate Students’ Association, was among a dozen last-minute appointments made by Ford last week to complete the PCs’ roster of candidates. Zeyd Bismilla was recently nominated for the NDP. 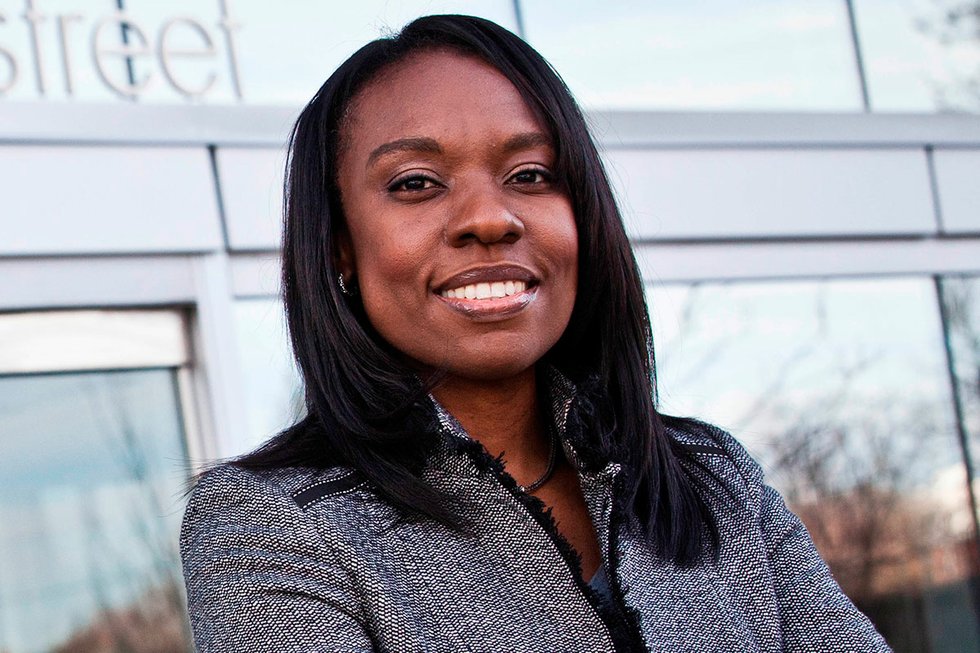 The NDP targeted this riding – ground zero in the long-festering Scarborough subway debate – in 2013 when they ran former city councillor Adam Giambrone in a by-election against eventual winner Mitzie Hunter, who went on to win again in the general election a year later by an even wider margin over her closest PC challenger. Hunter, who replaced junior minister Margarett Best, has since become one of the party’s most influential cabinet ministers, replacing party stalwart Deb Mathews as Minister of Advanced Education and Skills Development earlier this year after a stint as Minister of Education marked by her high-profile handling of the controversy surrounding the firing of Peel school board trustee Nancy Elgie over anti-Black remarks. 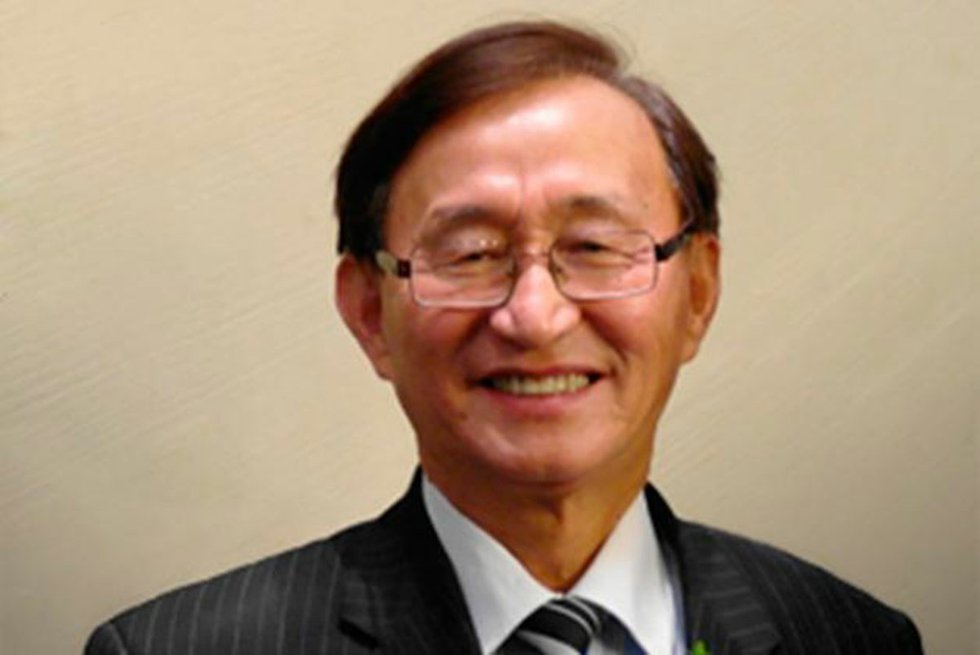 This is a race to watch, with PC incumbent Raymond Cho, who won in a by-election in 2016 after Liberal incumbent Bas Balkissoon abruptly left politics, facing his former Toronto council colleague Chin Lee, who is running for the Liberals. The wild card here could be the NDP, who have run Neethan Shan on three previous occasions without luck, but scored a third of the vote last time. Shan has since been elected to city council in a by-election to replace Cho last February. The NDP are fielding Scarborough Walk of Fame inductee Dwayne Morgan this time.

Outside of London MPP Deb Mathews, former leadership candidate Eric Hoskins is the highest-ranking minister in Wynne’s cabinet not seeking re-election. The nine-year incumbent, Wynne’s former Minister of Health and Long Term Care, has jumped ship to join the federal Liberals in Ottawa as pharmacare czar, making the riding up for grabs, although it would take some doing to wrest from the Libs what has historically been a formidable base of support. The NDP nominated girls and women’s advocate Jill Andrew last week.

This riding, created in 2015, is being contested for the first time provincially.

The PCs have a head start in this riding, selecting Gillian Smith, chief marketing officer at the Toronto Region Board of Trade, months ago. The NDP have countered with public transit advocate Jessica Bell. The Liberals, meanwhile, are still trying to figure things out just recently nominating Toronto Catholic District School Board trustee Jo-Ann Davis.

Monte Kwinter, who has held the riding for the Liberals since 1999, is calling it quits, opening the door for the PCs who have nominated lawyer Roman Baber in a riding that provincially has flipped back and forth between Libs and Cons. The Libs are countering with realtor Ramon Estaris, whose looking to tap into the riding’s growing Filipino base and made some hay recently over PC party’s vote against a Liberal MPP Mike Colle’s private member’s bill to declare June Filipino Heritage Month. What makes Baber’s selection particularly noteworthy is that he had to defeat former Harper-era henchman and cabinet minister Joe Oliver to win the PC nomination. No small feat, but Baber is not without political connections of his own. He worked on former PC leader Patrick Brown’s leadership campaign.

With files from Manar Hossain and Rhianna Jackson-Kelso.

Go to nowtoronto.com/election2018 for profiles of all the races in Toronto.