NOW MagazineNewsOntario Election 2018: How to beat Doug Ford in Toronto

Ontario Election 2018: How to beat Doug Ford in Toronto

It’s been an impressive road back from political purgatory for NDP leader Andrea Horwath after 2014’s electoral rebuke, but Ontario Election 2018 is still touch and go. The reality on the ground in local races in Toronto and the 905, where 50 of the province’s 124 seats will be decided, is that the race is still Doug Ford’s to lose. That means voting strategically to stop him. Here’s how. 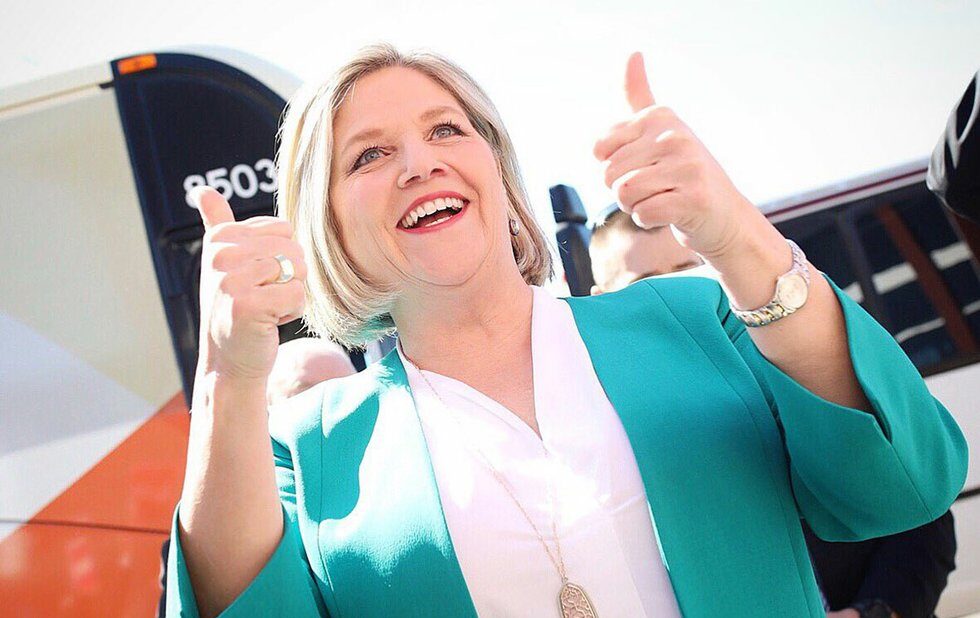 Andrea Horwath has spearheaded an efficient campaign to go along with a resurgence in traditional bases of support in Toronto.

It’s been a volatile Ontario Election 2018. And ahead of today’s vote there are still many moving parts – not the least of which are daily questions about PC leader Doug Ford’s fitness to be premier. Despite a campaign marked by chaos, however, most polls suggest the election is still Ford’s to lose.

It’s been an impressive road back from political purgatory for the NDP leader after the electoral rebuke of 2014. She has spearheaded an efficient campaign, but the party’s rise would not have been possible without the foundation built in recent years in southwestern Ontario and the 905 to go along with the resurgence in traditional bases of support in Toronto.

But the reality in local races on the ground is still touch and go. Which is to say that the NDP would require a massive Orange wave to deny Ford, and the poll numbers suggest that’s not in the cards.

Enter Liberal leader Kathleen Wynne. Her concession in a speech last Saturday that she will not be re-elected premier was widely read as an admission of defeat. It may also end up going down as one of the craftiest moves in the campaign. Wynne says it was time for her “to get out of the way” so as not to let her unpopularity with voters affect candidates in local races.

When you take a look at the current electoral map of Toronto and the 905, where 50 of the 124 ridings up for grabs will be decided, it’s clear what Wynne was getting at.

Consider that of the 22 ridings contested in Toronto in 2014, 19 were won by the Liberals. Of those, eight were won by more than 10,000 votes, with the PCs finishing second in almost all of those races.

It’s a similar scenario in the 905, where the Libs won 14 of 18 races in 2014. Of those, seven were by more than 10,000 votes. Again the PCs finished second in most of those. The NDP have made inroads in the 905, but outside of four ridings (Oshawa, Brampton Centre, Brampton East, Brampton North), it’s a two-horse race between Libs and PCs.

Redistribution has created three new ridings in Toronto and seven in the 905, which means the results of 2014 can’t be overlaid completely on the electoral map of 2018. But it’s also true that incumbency has its advantages. Incumbents won more than 80 per cent of election races in 2014, which means voting strategically to beat Ford.

In Davenport (Marit Stiles), Parkdale-High Park (Bhutila Karpoche), Toronto-Danforth (Peter Tabuns) and Beaches-East York (Arthur Potts), the choice is between the Libs and NDP, with little chance of Tories sneaking up the middle. But there are two notable exceptions to that rule – Toronto Centre and Toronto-St. Paul’s, where the Libs won with 60 per cent of the vote in 2014. However, NDP’s Suze Morrison and Liberal Jess Spindler are the best bets to win.

In University-Rosedale, where Liberal Jo-Ann Davis and NDP Jessica Bell are in a tight race with the PCs’ Gillian Smith, it’s not so clear cut. But Bell is likely the strategic choice. In Spadina-Fort York it’s the NDP’s Chris Glover.

However, outside the core it’s mostly a PC versus Liberal dynamic.

In Scarborough, the Libs took all five seats in 2014 by huge margins, but in Scarborough-Agincourt, Liberal incumbent Soo Wong, who won by some 5,000 votes, is vulnerable to the PCs. In Scarborough North, where the PCs currently hold their only seat in Toronto with Raymond Cho (he won it in a by-election in 2016), it’s Liberal Chin Lee who has the best shot. The NDP have targeted Scarborough-Centre (Zeyd Bismilla), where Liberal incumbent Brad Duguid, who resigned his seat, won by almost 12,000 votes in 2014. Go for NDP. Another winnable seat for the NDP is Doly Begum in Scarborough Southwest, where longtime incumbent Lorenzo Berardinetti has failed to distinguish himself.

Likewise in North York, save for Humber-River-Black Creek (Tom Rakocevic) and York South-Weston (Faisal Hassan), where the NDP are running hard. Elsewhere in the burb we like former Toronto councillor Shelley Carroll in Don Valley North, Mike Colle, who is in tough against Robin Martin in Eglinton-Lawrence, Kathleen Wynne in Don Valley West, Michael Coteau in Don Valley East and Roman Estaris in York Centre, where the PCs seem to have the upper hand.

But in Ford’s backyard in Etobicoke North, the Liberal-versus-PC script has been flipped. There, the NDP finished ahead of the PCs in 2014, and candidate Mahamud Amin is reportedly running neck and neck with the PC leader. A win for the NDP here would put a fitting exclamation point on a PC defeat in Ontario.

For more intelligence on how to vote, read our riding profiles here.