NOW MagazineNewsNever mind who won the vote, Ontario Election 2018 was an NDP triumph

Never mind who won the vote, Ontario Election 2018 was an NDP triumph

The Orange wave is nowhere near cresting, with the NDP doubling their number of seats and coming extremely close – within 500 votes – to beating the PCs in half a dozen ridings 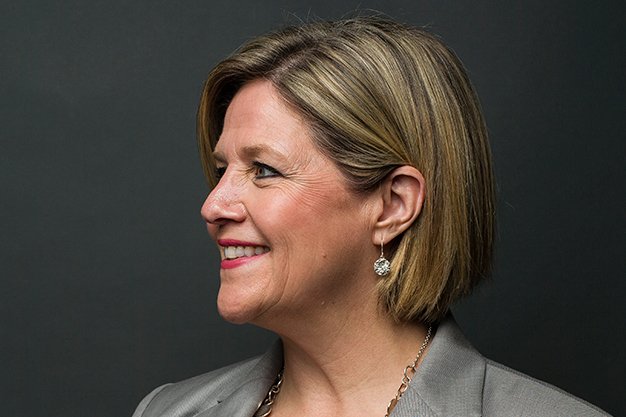 Is your nose killing you from holding it too hard when Thursday’s election results came rolling in? Or are you just plain sick to your stomach? If you’re an NDP supporter, check out the long game and you’ll consider last night a true triumph.

Aside from more than doubling the party’s number of seats – carrying the most in nearly 25 years, a sign in itself of a significant surge – newly minted opposition leader Andrea Horwath is in a position to be in the new premier’s face in a way that can only mean more seats – and the premiership – the next time we go to the polls.

Of course I’m bummed that Doug Ford is Ontario premier – the next four years will be painful. A majority makes him more dangerous, but it won’t necessarily allow the PCs to cruise along on regressive policies, especially his plan to upend the sex education curriculum. Ford is bound to face some resistance in his own caucus from more progressive members like Caroline Mulroney and Christine Elliott. And he’ll certainly get pushback from local school boards.

And for a significant portion of Ford’s first year in office, he’ll be faced with the distraction of that embarrassing lawsuit from his former sister-in-law Renata Ford.

In four years, the NDP will be poised to win Ontario outright. Here’s why.

Issues Ford and his party show no interest in will bite him in the ass.

The movement to fight climate change is not going away. It’s only getting stronger and Ford’s stance on the need for carbon-pricing will work against him. Similarly, the #metoo movement is still surging and Ford has never been on board with that.

By the time we go back to the polls, the NDP will be stronger than ever. Already, the most popular and appealing Ontario party leader, Horwath has always been an impressive performer in the legislature, and as leader of the official opposition for the next four years, she and her party will be the ones asking the questions and getting the air time required to attract voters. As she said in her post-election speech, every single day the legislature sits, she will be pounding away at the government.

The Liberals, on the other hand, have been decimated. With Kathleen Wynne stepping down, they’re leaderless. They’ve lost party status, which means they don’t get funding for research staff and offices, and lose the privilege of asking questions in the legislature. No money, no status, no leader – no chance.

The NDP came extremely close – within 500 votes – of beating the PCs in half a dozen ridings. In more than 30 ridings, the NDP and Liberals combined to get more votes than the winning PC candidate. That’s a powerful argument for dispensing with first-past-the-post election rules.

But in the meantime, know that next time around, the NDP will be the real default option. So unplug your noses – the orange wave is only building.