Stand back, a lot of furniture will be broken 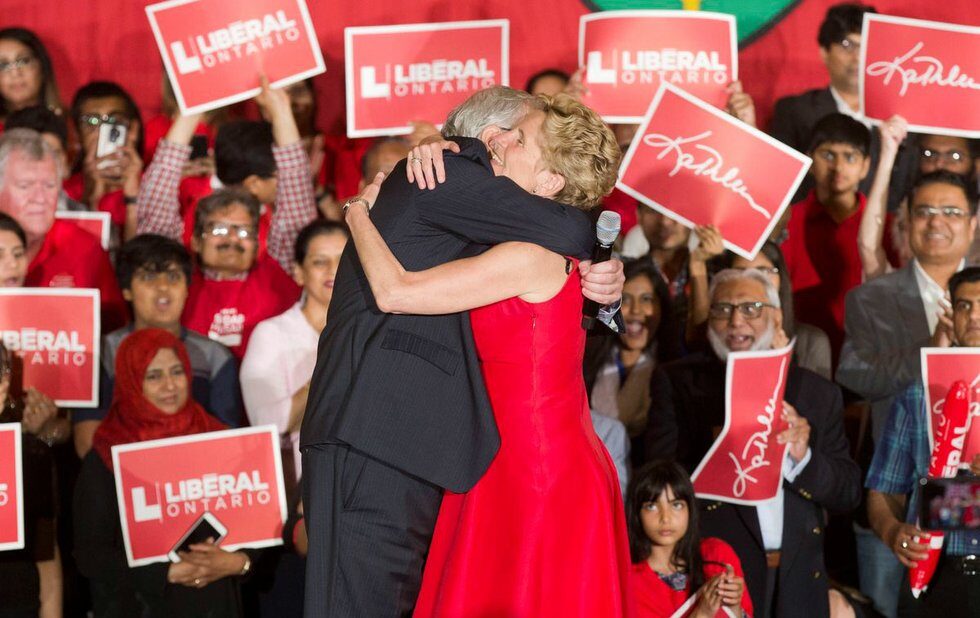 By the final week of the campaign

1. Fordian slip: welcome to the new normal in politics

So Doug Ford it is. For those of us living in the bubble known as downtown Toronto, last Thursday’s majority win for Ford’s PCs was a shock to values we thought we shared with other Ontarians. Welcome to the new normal in politics. A lot of effort was expended by NDP operatives (and a few Liberals, too) teasing out PC leader Doug Ford’s not-so-well known connections to social conservatives and other questionable characters who occupy the fringes of the PC party. Members of the media were sent emails throughout the campaign encouraging them to follow stories highlighting everything from Ford’s remarks about his Jewish doctor, lawyer and dentist, to his alleged support for teaching creationism in schools. It didn’t work. In fact, it toughened the resolve of his supporters, who saw it as nothing more than gotcha politics. The voting public, it seems, could care less if the premier of Ontario is a bigot and a homophobe. They just wanted to vote for someone who’ll shake things up.

Neo-con columnists sympathetic to Ford like to point out the premier-designate’s support among ethnic communities to argue he’s no Donald Trump. Of course, it could be pointed out that Ford and Trump carry around a similar white saviour complex when it comes to ethnic minorities. But Ford and Trump are exactly alike in the most important respect – they both want to destroy the very notion that government can be a force for good. Stand back, folks: a lot of furniture will be broken.

3. Elections may not matter after all

Much has been written about how our first-past-the post electoral system invariably ends up saddling the majority of voters with governments they don’t want. The same can be said for Ontario Election 2018 to a degree. The PCs won a majority with 40 per cent of the popular vote. But the numbers aren’t the worst of it. Ford stole this one without releasing a fully-costed platform, which is not the kind of thing that’s supposed to happen in a province with a hundreds-year-old tradition of democracy.

4. Of liars, crooks and cheats

“There are more good apples in politics than bad ones.” That’s what former PC leader Patrick Brown tweeted on election night as he celebrated the wins of PC candidates he helped recruit. It was a surprising thing to say for someone who was forced out of office by his own party over sexual misconduct allegations after some behind-the-scenes skullduggery. But Brown’s rosy outlook is hard to square with the fact that, among the PC candidates on the ballot, some 29 are being investigated by police and Elections Ontario for allegedly using stolen data to further their nomination campaigns. The allegations include paying people to vote for them during the nomination process. The 29 individuals have yet to be identified, but presumably more than a few of them were elected. Does that make them untouchable now?

There’s something about the aura of power that melts the brains of reporters. We saw it when Doug’s brother Rob became mayor of Toronto. A similar dynamic occurred after Doug became PC leader. Those in the employ of conservative mainstream media outlets, which it must be said makes up the majority of the political coverage these days, were quick to accord the PC leader the respect that comes with the title. Others in the Queen’s Park press gallery used to the rarified air of provincial politics had no clue how to handle Ford. That Ford could ignore them altogether (at one point setting up his own online TV channel to talk to voters directly) exposed another truism: in a world where most get their news through the echo chamber of Facebook, the influence of mainstream print media is dying a fast death. Ford understood that better than the media.

Polls played a bigger part in this election than any other in recent memory. There were some 50 polls released over the four-week election period. It’s unclear who commissioned most of them, save for the handful commissioned by media outlets. What is clear is that they messed with people’s heads, in particular in the last days of the campaign when it looked like a vote for the NDP might stop Ford. Instead, the NDP’s surge ended up hurting Liberal incumbents in the 905 and 416 that stood a better chance of beating PC candidates. The PCs benefited from Liberal-NDP vote splits in some 35 ridings across the province. If half of those had gone to the Libs or NDP, we’d be talking about a 50-plus seat PC minority instead.

NDP leader Andrea Horwath was asked about a possible NDP-Liberal coalition to stop Ford early in the campaign. She said she had “no interest” in the idea. She changed her tune slightly during the last week of the campaign, saying she was willing to take a look, post-election. In hindsight, that discussion should have happened before the election. But the prospect of power – and their natural enemy the Liberals being blown to smithereens – proved too tantalizing for the NDP. Mission accomplished.

The outgoing premier began the campaign pitching “care over cuts.” That shifted to #sorrynotsorry and then damage control mode heading into the last week. By then, Paul Martin, who’s own fall followed a similar downward spiral, was the only Lib of any note who’d be seen in public with her. The final indignity came election night when networks cut from her concession speech to Ford, whose handlers decided to break with protocol to let the losing leaders speak first so he could get on the 11 o’clock news. Wynne, who resigned as leader, managed to hang on to her seat, which means she’ll be sticking around Queen’s Park. It’s a testament to her resolve that after everything that’s happened she hasn’t completely turned off politics. But you have to to wonder how long that will last.

9. The scorpion and the frog

Ford sounded perfectly reasonable during a press conference the day after the election. He read from a prepared statement, serving up some of the same gruel from the campaign trail, before emphasizing he would be a premier “for all the people.” Don’t believe it. In the next breath, Ford made clear he plans to deliver on his promises, including his pledge to repeal the province’s sex ed curriculum. Which is to say, expect Ford to wave around the fact he won a majority as a mandate to do what he pleases – and run over anyone who tries to get in his way. It’s like the fable about the scorpion and the frog, with Ford as the scorpion.

10. Cons set their sights on Trudeau next

At the same post-election press conference, Ford said he had talked to Prime Minister Justin Trudeau about his buddy Trump’s move to slap tariffs on Canadian steel and aluminum. Ford says the PM has Ontario’s support. It’s a set up. Ford’s counterpart in Ottawa, Conservative leader Andrew Scheer, isn’t reading from the same script on tariffs, deciding to make a looming trade war with the U.S. a partisan issue with the 2019 federal election just around the corner. The anti-Trudeau memes of him arm- in-arm with Wynne are already making the rounds on -Facebook.