Unfortunately for the Liberal premier, the narrative of this campaign has been shaped by public opinion polls suggesting the party is doomed, but on the ground the Libs say they’re hearing a different story 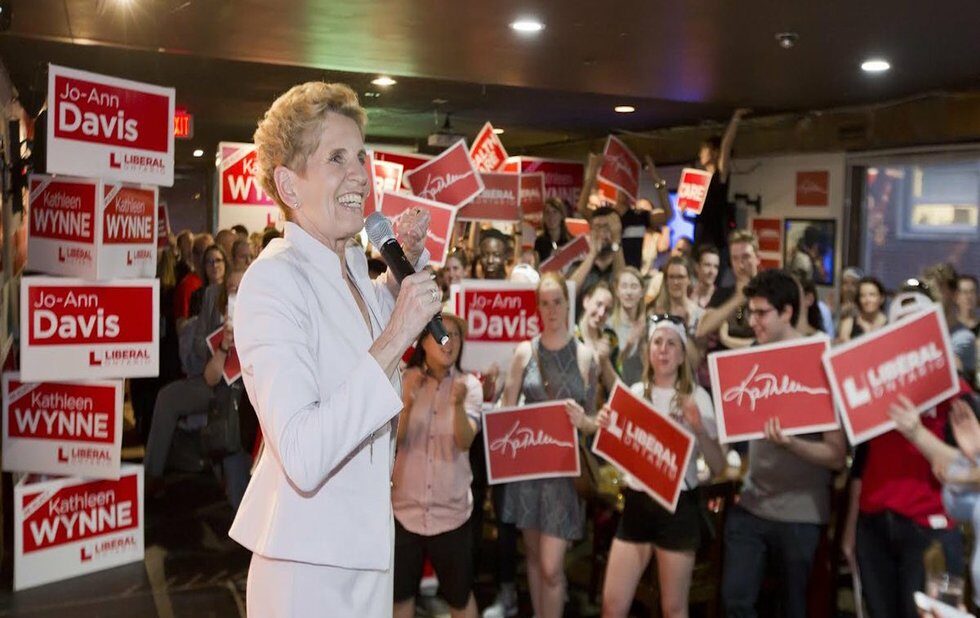 Just when it looked like the Libs were dead in the water, along comes Kathleen Wynne to change the trajectory of Ontario Election 2018 (maybe).

The Liberal leader has gone about her business with a stoic determination in the face of poll after poll showing that her fate and that of her party is sealed. The Lib-friendly Star had practically written her obit last Friday, noting the number of ridings the leader has decided not to visit in the final two weeks of the campaign – because they are now out of reach – and others she’s bypassing so as not to hurt the chances of popular local candidates.

But Sunday’s leaders’ debate, the last of three, has lit a spark under the Liberal campaign. According to campaign co-chair Deb Matthews, the party has so far raised more money in this campaign than in 2014.

The consensus is that Wynne won the debate. That, however, wasn’t the biggest news. The debate also coincided with the release of the Libs’ new ad campaign #sorrynotsorry, which attempts to tackle the elephant in the room: voter antipathy toward Wynne.

“I’m sorry more people don’t like me,” the ad begins, before running down a list of Liberal accomplishments (from rent control to grants for tuition and minimum wage) for which the Liberal leader declares she’s “not sorry.”

The odd political pundit has suggested the ad talks down to voters. But it’s a confident, not defiant Wynne, that comes through. It’s Wynne all in.

How did the smartest person in the room become so unpopular with voters? The question has perplexed pundits left and right. Blame Trump-style populism. Blame the media. Blame our  fixation on public opinion polls over discussions about policy.

It’s gone largely unnoticed, but Wynne has been winning respect from some unexpected sources, including the National Post’s Christie Blatchford. Former Globe writer John Barber followed up with an op-ed in the Star describing Wynne as the best premier Ontario didn’t deserve. Could it be that voters are finally paying attention to what the Liberal leader has to say?

Unfortunately for Wynne, the narrative of this campaign, with few notable exceptions, has been shaped by public opinion polls suggesting the party is doomed. But on the ground, the Libs say they’re hearing a different story.

It’s true that, in more ridings than not, it would take a significant reversal of votes to defeat Liberal incumbents. And neither the PCs or NDP seem to be riding a big enough wave to make that happen, despite suggestions of a complete collapse in the Liberal vote.

For Liberals, memories of BC in 2013 are dancing in their heads. Back then, all the polls said the Libs under Christy Clark were headed to defeat after 12 years in power. The Grits won a majority. Wynne will need a similar reversal of fortune just to stanch the bleeding.