As the Ontario election campaign enters the final stretch, public opinion polls are suggesting Ontarians will wake up to either. 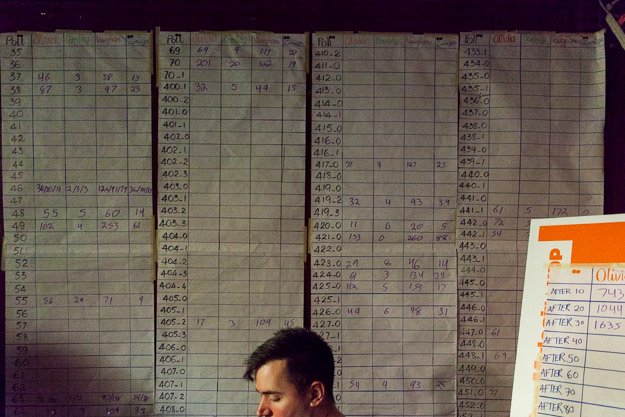 Things don't always turn out as expected in Ontario elections.

As the Ontario election campaign enters the final stretch, public opinion polls are suggesting Ontarians will wake up to either a Progressive Conservative or NDP government on June 7.

But the numbers have been shifting throughout the month-long campaign. And history has shown that things dont always turn out as expected in Ontario elections.

In the nine general elections since 1985, for example, polls predicting outcomes have been slightly more accurate than flipping a coin.

1985 PC Premier Frank Miller started the campaign 20 points ahead of his nearest opponent. On Election Day, he came second in the popular vote but squeaked to victory with a minority government, which the Liberals and the NDP refused to support. This led to an unusual two-year Liberal-NDP accord and a minority led by new Liberal Premier David Peterson.

1990 The popular Peterson pulled the trigger on an early election, hoping to go to the polls before the worst of an expected recession would hit. To voters, it just looked like he was trying to pull a fast one. Voters punished the Liberals, vaulting Bob Rae of the NDP into the Premiers chair.

1995 The Liberals under new leader Lyn McLeod were expected to easily defeat an unpopular NDP government, but Liberal policy missteps opened the door for PC leader Mike Harris to win handily with his plan for tax cuts, government downsizing and a rollback of NDP labour laws.

1999 Harris had little trouble winning a second term with the NDP still not recovered from the 1995 defeat and a new Liberal leader in Dalton McGuinty.

2003 Eighteen months after replacing an unpopular Mike Harris as PC leader, Ernie Eves lost to McGuinty, whose choose change theme resonated with voters exhausted by the upheavals of the Harris-Eves years.

2007 With the Liberals leading in polls prior to the election, new PC leader John Tory tried to pull a Bill Davis by proposing public funding for all religious schools and ended up sabotaging the PCs chances. To add insult to injury, Tory lost his bid to capture a seat in Don Valley West to a political novice named Kathleen Wynne.

2011 After eight years in government, the Liberals lost their appeal for many voters and looked beatable. The PCs under Tim Hudak led in the polls in the weeks before the October 6 vote. But in the end voters had limited enthusiasm for either option. McGuinty won a minority with a little more than 37 per cent of the popular vote, with Hudak two points behind.

2014 With a new leader in Wynne and the Libs weighed down by scandals, the PCs under Hudak led large in the polls during the campaign. But a dramatic pledge by Hudak to downsize the Ontario public sector by 100,000 people sapped his credibility. Enough PC voters turned their backs on their party to give Wynne a majority government.

2018 All the pieces are in place for a volatile election campaign: a Liberal government with 15 years of heavy baggage, a popular but polarizing Doug Ford as PC leader, and a resurgent NDP under Andrea Horwath. Heading into the last week, the PCs and NDP are neck and neck. Think you know the outcome of this one?

Randy Robinson is a political economist and commentator based in Toronto.