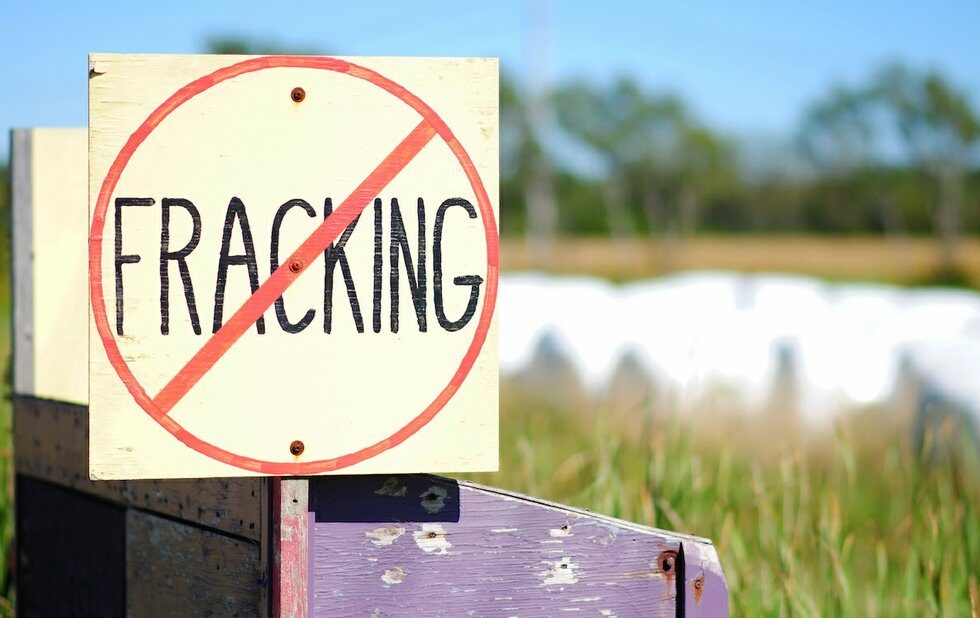 Fracked gas from Pennsylvania may soon be powering plants in Ontario.

The company has asked the Ontario Energy Board for permission to build a high-pressure, 10-kilometre pipeline through ecologically sensitive wetlands near Hamilton that environmental activists say would significantly raise greenhouse gas emissions.

The $204 million pipeline project would cross several creeks and run through the Beverly Swamp, a mix of forest and marsh in the city’s rural north end. The 2,300-hectare wetland, which is partly owned by the Hamilton Conservation Authority, is one of the largest natural swamps in Southwestern Ontario.

Enbridge says the pipe is needed to increase flow along its existing Dawn-Parkway natural gas corridor and bring it in line with the rest of its transmission system.

“It’s part of the expansion work we’ve been doing for a number of years,” says the company’s Hamilton operations manager Nick Klip. If approved, construction could begin as early as spring 2021.

But there’s disagreement over the width of the permanent easement Enbridge says it will need to add the pipe.

Enbridge says 12 to 16 metres will be needed, to a maximum of 28 metres. Don McLean of Hamilton 350, a local eco group opposing the expansion, says Enbridge already has a 28-metre right-of-way through Hamilton Conservation Authority land, and an additional 12 to 16 metres would widen that to up to 44 metres. McLean says it would be like running an eight-lane highway through area forests, wetlands and farmland. McLean also worries about blasting to bury the pipeline in areas with shallow bedrock.

But concerns extend beyond local flora and fauna.

The new pipe would increase gas volumes flowing through what Enbridge has described as its “extremely interconnected” network, with gas sourced primarily from Alberta, the US Midwest, and, more controversially, the Marcellus Shale region in Pennsylvania.

Much of that gas is extracted by fracking, a process where chemicals are injected into the ground at high pressure to fracture the surrounding rock.

There are more than 100,000 wells in Pennsylvania, and Ashleigh Deemer of PennEnvironment says these have had a significant environmental impact. A recent study by Carnegie Mellon University found the degraded air quality in the Pittsburgh and Appalachian basin due to shale gas production resulted in 1,200 to 4,600 premature deaths between 2004 and 2016.

“Fracking was marketed as this bridge fuel from coal to renewables but it’s been anything but that,” Deemer says, citing a 2018 report by the Environmental Defence Fund which found 520,000 tonnes of annual methane emissions in Pennsylvania, five times higher than previously reported.

“What troubles me is we’re still relying on this as a fuel to generate power when we know that developing renewable energy is actually the way we need to be heading,” Deemer says. “Building new infrastructure to bolster this outdated, dirty technology is not where I’d like to see things.”

Jack Gibbons of the Ontario Clean Air Alliance (OCAA) says Enbridge’s application coincides with the Ford government’s push for gas and the downplaying of energy efficiency programs and renewables – even as it faces the eventual closure of its Pickering nuclear plant and the rebuilding of aging reactors at Darlington and Bruce.

At 24 per cent, gas ranks second to nuclear’s 30 per cent in terms of Ontario’s available power generating capacity, the Ontario energy ministry’s Robert Quartarone says. Hydroelectric follows at 23 per cent, wind accounts for 13 per cent and solar six per cent.

But available generating capacity does not translate into actual generation. “Natural-gas fired electricity generation plays an important role in Ontario and in 2019 made up 9.5 per cent of our total electricity generation,” Quartarone says. “It is often used to ensure reliable power supply during times of higher demand and can provide needed flexibility in response to changing conditions on the power system.”

While Enbridge insists the expansion is not driven by Ontario gas plant demands, its application specifically references the Bangor Natural Gas Company in Maine and Northern Utilities in New Hampshire as its US export destinations.

Why not pipe the gas straight from Pennsylvania to those New England states? Because a moratorium on fracking in New York – that’s expected to become an outright ban in 2021 – blocks the transport of fracked gas. A report prepared for Enbridge by ICF Resources says the regulatory hurdles are expected to remain in place “indefinitely.”

ICF’s report notes that the US northeast could reduce its need for fracked gas by obtaining renewable electricity from Quebec and offshore wind projects. Ironically, that’s what the OCAA has been advocating to wean Ontario off nuclear power.

Gibbons questions the economics of pipeline expansion. The OCAA says Enbridge is proposing to raise rates for Canadian gas consumers by $120 million annually to help subsidize the pipeline. “By spending $204 million on energy efficiency programs instead of the proposed pipeline, Enbridge can reduce its customers’ energy bills by $963 million,” Gibbons says.