Nearly 2.8 million people will be able to book a booster shot starting on November 6 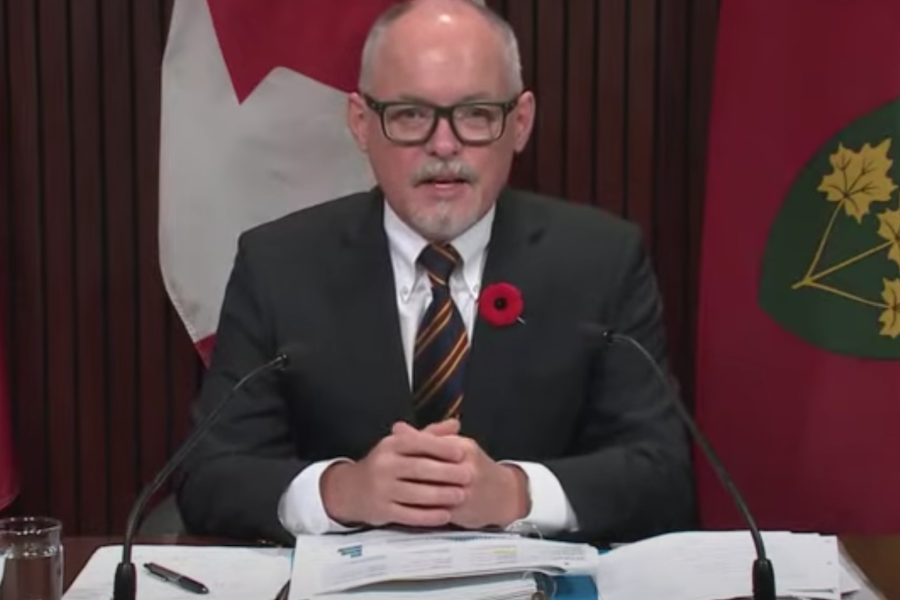 If you are 70 and up, a health-care worker or received two shots of AstraZeneca, you can book your third dose of the COVID-19 vaccine starting this weekend.

On Wednesday morning, Ontario’s Chief Medical Officer of Health Kieran Moore said the province is expanding its third-dose strategy to begin offering boosters to vulnerable people if at least six months have passed since their last dose.

“There is no escaping this virus,” Moore said, adding that COVID-19 will eventually become an annual winter virus.

“You either are going to get it naturally through exposure and, given that it can have such serious and significant outcomes associated with it, that is absolutely not our preference. Our preference is that you use the safe and effective vaccines to protect yourself, your community, your loved ones.”

Effective at 8 am on November 6, the following groups – amounting to nearly 2.8 million people – can book a third vaccine shot via the online vaccine portal or by calling the vaccine call centre:

Third doses will also be available at select pharmacies, Indigenous-led vaccine clinics and primary-care settings. Hospital workers are encouraged to book shots via their employer.

The strategy is in line with the National Advisory Committee on Immunization’s (NACI) recent recommendation on booster shots for people with waning immunity.

Moore added that there is evidence that these groups are vulnerable to “gradual waning immunity” six months after receiving their second dose and are also at higher risk of a severe illness from COVID-19.

He said Ontario’s data does not show a similar trend in the general population “at present.”

The booster shots are not mandatory.

In the third-dose strategy, people will only be offered mRNA vaccines Pfizer or Moderna and people under age 70 who get a third Moderna dose will be given half a shot or 50 micrograms.

Research shows a smaller shot of Moderna has proven to be a “very good booster” for that age group, Moore said, adding that overall the data shows that a booster produces an immune response that is “generally higher” than the immune response after the second dose.

People can receive either Pfizer or Moderna regardless of which mRNA vaccine they completed the two-dose series with, he said.

Moore said the province will open booster-shot booking to the general public based on age and risk factor sometime in 2022. The province is awaiting NACI’s recommendations regarding third doses for the general population.

Asked whether a shot of COVID-19 vaccine could eventually be required annually, Moore said that might be possible if the virus mutates again and becomes even more infectious than the Delta variant that is currently predominant in Ontario.

The Ford government is planning to lift all COVID-19 restrictions by the end of March 2022.