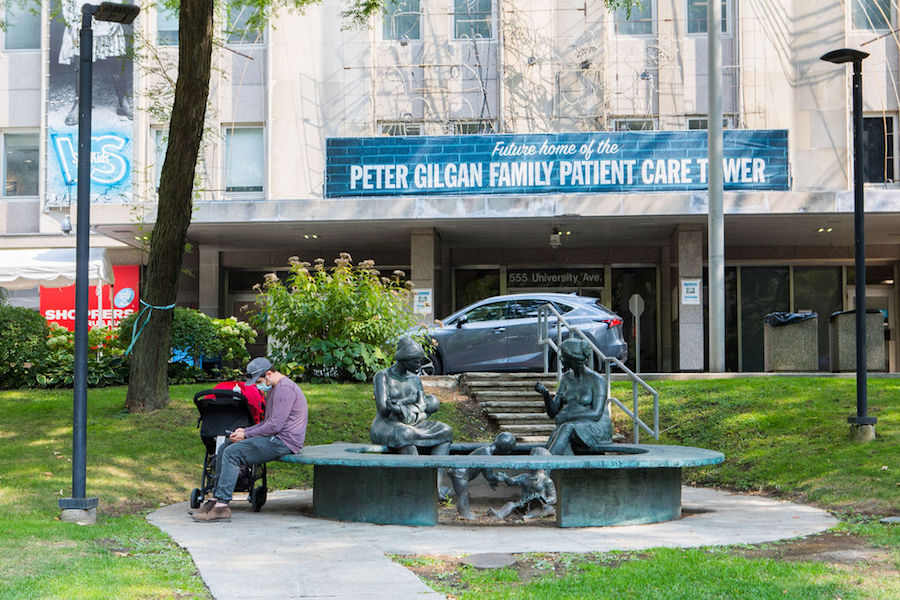 As Ontario hit a record high for daily increases in new COVID-19 cases, researchers are looking ahead to see how the epidemic will play out in the fall.

The verdict seems to be pretty clear – as cases escalate and spread throughout multiple population demographics, the health-care system may be hit the hardest.

A forecast from the COVID-19 Modelling Collaborative, a research team of scientists and physicians from the University of Toronto, Sunnybrook Hospital and University Health Network, is predicting that the second wave is on track to hit and exceed 1,000 cases per day with the peak around October.

That number is part of the group’s moderate scenario – one of four the researchers mapped out for the fall.

Ontario hit its highest ever number of daily cases on Monday, with 700 new infections. The previous highest single-day case count was on April 24, when the province reported 640 cases.

The Modelling Collaborative’s most recent data suggests that, if Ontario continues see a rise in daily case numbers with out new restrictions, there will be too many patients in intensive care for hospitals to be able to manage alongside non-emergency surgeries.

Stephen Mac, co-lead author of the study with Raphael Ximenes, says Ontario can manage a threshold of around 100 intensive care patients before the province will have to cut down on scheduled surgeries.

As of Monday, Ontario public health officials reported 29 COVID-19 patients in ICUs. During the province’s first wave, ICU capacity peaked at 264, with the number of people in hospital peaking at 1,043.

The Ontario Hospital Association echoed the study’s predictions in a statement they released on Monday calling on the provincial government to return to Stage 2 of the provincial reopening plan to prevent hospitals from being overwhelmed.

“Currently, the acute care occupancy rate is 89 per cent with several hospitals hovering around the 100 per cent level,” the statement read. “A return to Stage 2, with restrictions on indoor dining and bars, places of worship, weddings, gyms, movie theatres and other non-essential businesses, is needed now to keep schools open and prevent a further acceleration of infections.”

Mac says comparing the public health measures currently in place to the ones in effect at the height of the first wave gives a good indication of what is to come for Ontario.

“Unfortunately, we probably have not seen the highest number yet, because we don’t have any of the interventions that we’ve seen in the past with the first wave,” he says. “I think there’s more that possibly can be done.”

The study maps out four different second-wave scenarios based on the COVID-19 experience in different cities. The best-case scenario is modelled after Ontario’s first wave, where the surge in cases was tamed by lockdown measures.

The two moderate scenarios are based on the second waves experience in the state of Victoria in Australia and Michigan in the United States. The worst-case scenario is based on Italy’s first wave.

Mac predicts that Ontario is heading for the moderate scenario modelled after Victoria, where authorities implemented strict measures (a nighttime curfew just ended). In that model, the ICU bed occupancy hits a high of 400.

Severity of the wave depends on age, government response

Mac notes that the study details “high severity” versus “low severity” for each possible scenario, and says the severity relies partially on the demographics of who is getting infected. In the lowest severity scenarios, the infections remains mostly among the younger age groups, which lessens the burden on the healthcare system.

“But if we do start seeing some of the spillover into older age groups, then you’re looking at an average scenario severity. And then if we start to see a lot of outbreaks in long term care facilities, we start seeing more of the elderly, and they’re more likely to be hospitalized,” he explains.

He says it’s ultimately difficult to predict what the second wave might hold for Ontario because they can’t even look to the first wave to know what’s to come.

“In the first wave, we never quite reached these numbers. We’ve already passed the highest number from the first wave and we haven’t actually implemented anything,” he says. “I guess we all have our social duty as a society to take these preventative actions to curve it ourselves if there is no government intervention.”