NOW MagazineNewsOntario is pushing the COVID Alert app big time. But is it working?

As the province goes on a promotion blitz for the app, it's a good time to take stock of the COVID response prevention tool 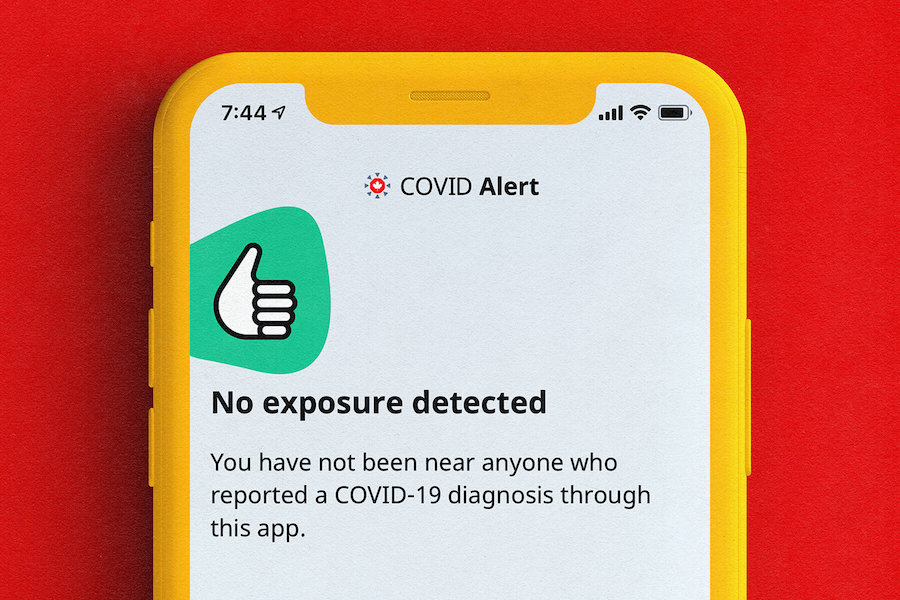 Have you downloaded the COVID Alert app?

That’s a question I’ve seen asked more and more online as people have taken it upon themselves to spread the word of Canada’s virus response app.

And it seems to be making a difference, especially over the last month since we’ve entered the second wave.

Currently, 4.5 million people across the country have downloaded the app, while 1,134 people in Ontario have used it to alert others they’ve been exposed to the virus.

That’s more than double the amount of downloads it had by early September. A major reason for that is that many provinces have been adopting the app, which was available across the country since late July but only in use in Ontario at first. Now, every province except Alberta and British Columbia is using it. But it also coincides with a big push from the government, advertisers and private partners.

Before Thanksgiving weekend, Ontario remote-installed the COVID Alert app on more than 25,000 government-issued smartphones for public service workers (enabling and using it remains optional). Last week, the provincial government announced partnerships with a variety of private sector brands and employers including Maple Leaf Sports and Entertainment (including the Toronto Raptors and Maple Leafs), Bell Canada, CIBC, Torstar and the Globe & Mail, Restaurants Canada and more.

They’re asking workplaces to spread the word to their employees and are offering a set of visual assets to use, similar to the public health messaging that’s been put up throughout workplaces, public buildings and shared residences.

But is it working?

That depends on how you define “working.” Prime Minister Justin Trudeau has reiterated in speeches and press conferences that the app will be more effective the more people use it.

That stands to reason. The app requires users to voluntarily enter a one-time code if they test positive, which then automatically alerts anyone who has been in their vicinity for over 15 minutes over a 14-day period. It works better the more people have the alerts enabled, and the more who test positive who send out the alert.

Experts have differed on the number of users needed for the app to be considered effective, but it’s varied somewhere between 50 and 80 per cent of the population. The amount of people who have it now hovers around 11.8 per cent.

However, because of the privacy measures embedded in the app, no localized data is available. So we don’t know how many of those downloads are in Toronto or Ontario and how many are elsewhere in Canada. The app might be more effective in a dense, populated urban city like Toronto versus a sparsely populated rural area.

A new CBC report finds that just five per cent of Ontarians who’ve tested positive for COVID-19 have reported it in COVID Alert.

But according to Lucie Vignola, director general of the COVID Alert task force at Health Canada, there is no specific percentage of people who need to be using the app for it to be effective. That’s because it’s not the sole public health response in place. There’s also physical distancing, masks, hand-washing and manual contact tracing.

“[The COVID Alert app] is an extra layer of protection,” she says. “There’s no firm number we need to hit. Quite honestly, every download, every alert helps. Whether it’s the teacher in Toronto who didn’t go to school and infect her students and colleagues or the person who stayed home from the bonspiel in Kitchener-Waterloo, if it’s stopping people from being needlessly exposed then it’s doing its job.”

When word first came that Canada was developing a COVID app, there were concerns raised about potential privacy violations. But COVID Alert, developed using an API developed by Apple and Google and open-source code from Shopify volunteers, was designed with privacy protections as one of its primary principles.

The app exchanges random codes with other smartphones using Bluetooth, and there’s no identifiable information or location data exchanged. The codes only exist for a period of 14 days, so even the random data is time-limited. If you do have the app, it’s then your choice to disclose if you’ve tested positive, which sends an alert to anyone you’ve been in Bluetooth-range contact with for more than 15 minutes over the past 14 days.

Before it was released, the app was vetted by privacy commissioners at all three levels of government, who vouched that the app passes all the stringent requirements. Most independent critics who initially raised concerns have since given their seal of approval.

A quick Twitter search, though, will show that many people still don’t trust the federal government and don’t believe their personal data is being protected.

Emily Seto of the Institute of Health Policy, Management and Evaluation at the University of Toronto, researches mobile health technologies. She notes that many of the same people not downloading the COVID Alert because of privacy concerns are using other apps, including social networks like Facebook, Instagram and even Gmail, which do track and store personal info and have historically been prone to major data breaches.

“It’s a bit strange to me that a lot of people have more comfort downloading much more invasive apps, apps that give away a lot more personal information to third-parties,” Seto says. “From the experts who have looked at this, there’s a very low risk of any type of privacy breach. So you have to weigh that against other possible benefits, the biggest of which is potentially saving lives.”

The intense privacy safeguards mean that the app is limited in other ways. Public health authorities can’t use it for research or data, since identifiable information is unavailable.

And even COVID Alert users who get an alert won’t know specifically when or where they were exposed.

What happens if you get a COVID alert?

I put a call out last week asking for people’s experiences using the app and I heard that complaint from nearly every person who responded. After getting an alert, people have been racking their brains to figure out when they could have been exposed. Was it on a patio? At the grocery store? Was it indoors or outdoors? Were people wearing masks?

Some said that they only leave the house for essential reasons and couldn’t think of a time they could have been exposed. They have no information they can use to change their behaviour.

More distressingly, multiple people told me they hadn’t received a push notification with the alert even though they had it enabled and only found out they had been exposed after opening the app by chance.

Though Ontario has now changed its testing strategy to test people with symptoms rather than those who are asymptomatic, those who do receive an app alert are instructed to go get tested and to self-isolate until they have their results. Even once they do, the alert remains in the app until the 14-day period has ended.

COVID Alert is much faster and less labour intensive than traditional contact tracing, which requires a human to follow up with a positive case and all their potential contacts. That’s why Toronto has actually recently scaled back contact testing, focusing their efforts on high-risk situations like hospitals and long-term care facilities. The app could potentially stop an exposure before it occurs and before it triggers the contact tracing process.

“An early detection is a win, especially with how the virus travels,” says Seto. “One positive case can have a cascading effect, so you want to stop that before it happens.”

Who does the COVID Alert app leave out?

There’s another major barrier stopping some people from downloading the app: the digital divide.

COVID Alert only works on smartphones made in the last five years. That’s also a privacy tradeoff, says Vignola. The API made by Apple and Google couldn’t build in those safeguards on older technology. “It still works on approximately 90 per cent of phones,” she says.

“This has been a known problem since the app was announced and released,” says Seto. “There have been calls to fix that, but it’s a technical issue. It would require Google and Apple to go back and redevelop the API.”

COVID Alert only works in English and French, which also leaves out big swaths of the population.

The app works better when its targeted to high-risk populations, and Seto thinks there should be more “cluster-based” promotion aimed at demographics and neighbourhoods testing the highest. Already, it’s being promoted with QR code posters at hospitals, test centres, schools, pharmacies, grocery stores and banks. Google and Apple are promoting COVID Alert in their app stores.

Seto is also intrigued by remote installation and says the more barrier-free, accessible and user-friendly the app is, the better.

At the end of the day, COVID Alert is one tool among many. It can and should be improved, Seto says. Germany, for instance, allows you to get your test results on their alert app, which is a value-add she thinks Canada’s could benefit from. But she still thinks there’s very little downside to using it.

“The less COVID there is out there is good for everybody,” she says. “It’s just unfortunate that there’s a particularly vulnerable population not able to use the app.

“It’s not the only tool we have,” she continues. “It’s one out of many. But why not use the tools we have?”