Nearly half of today's 102 new infections are in Toronto 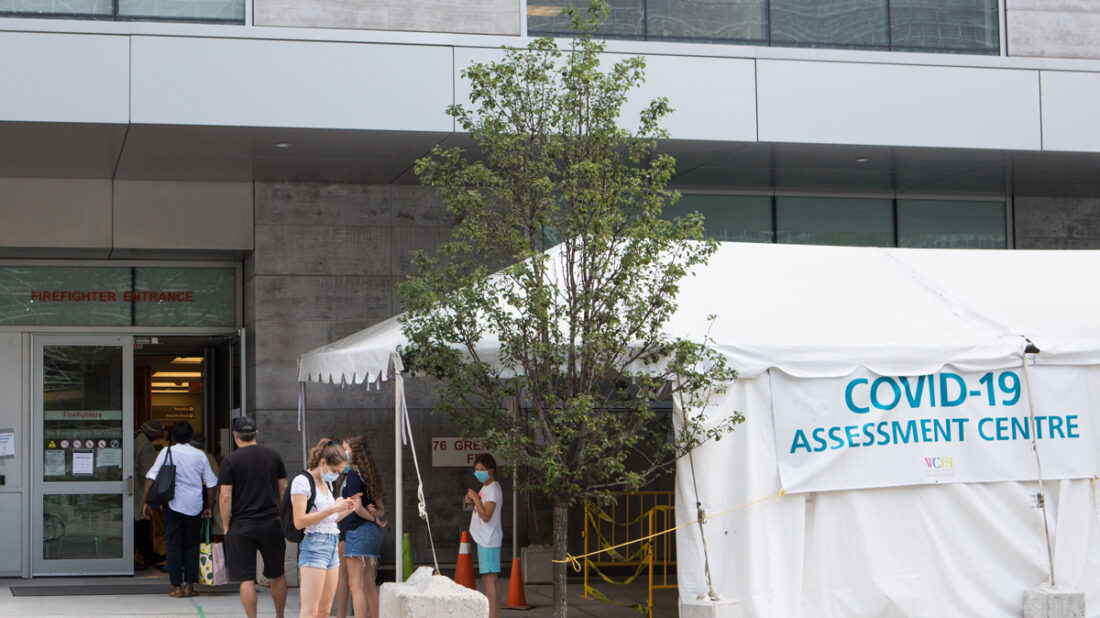 People wait outside a COVID-19 testing centre in Toronto.

The province has reported 102 new COVID-19 cases, the lowest single-day increase since March 25.

“With 135 more resolved, there are 33 fewer active cases in Ontario as we continue to track a persistent decline in the number of active cases in the province,” she added.

Nearly half of the cases were in Toronto. The city logged 49 new infections, while Peel Region recorded 14 and York Region reported five. Windsor-Essex reported 15 new infections since yesterday.

Medical labs completed 23,769 tests since yesterday and another 22,029 cases are under investigation.

The downward trend continues as much of the province prepares to enter stage 3 of the provincial reopening plan. As of July 17, dine-in restaurants, bars, gyms, playgrounds and casinos will be allowed to reopen.

The Greater Toronto Area will remain in stage 2, but Elliott has said the GTA could move into stage 3 as early as July 24 depending on key public health indicators.

In a news release, city officials said the employees’ exposure to the virus occurred between July 6 and 10 outside of the workplace.

One worker briefly came in contact with a part-time worker the Ellesmere Community Centre CampTO program in Scarborough. The other works in sanitation and does not come in contact with children or families while on the job.

“No children taking part in CampTO programs, which began yesterday, July 13, have been directly exposed to the employees who have tested positive,” the city said in a statement. “The City, however, is in the process now of advising families, employees, the union, and the public and of these cases as a matter of public transparency.”

Toronto Public Health said the risk level for children and families at the camp is “very low.”

The two employees are self-isolating for 14 days. Contact tracers have also identified 23 employees that came in contact with the two workers.

None of those employees have been in contact with children or families at the centre or any other city program, the city said. All have been advised to get tested and to self-isolate for 14 days.