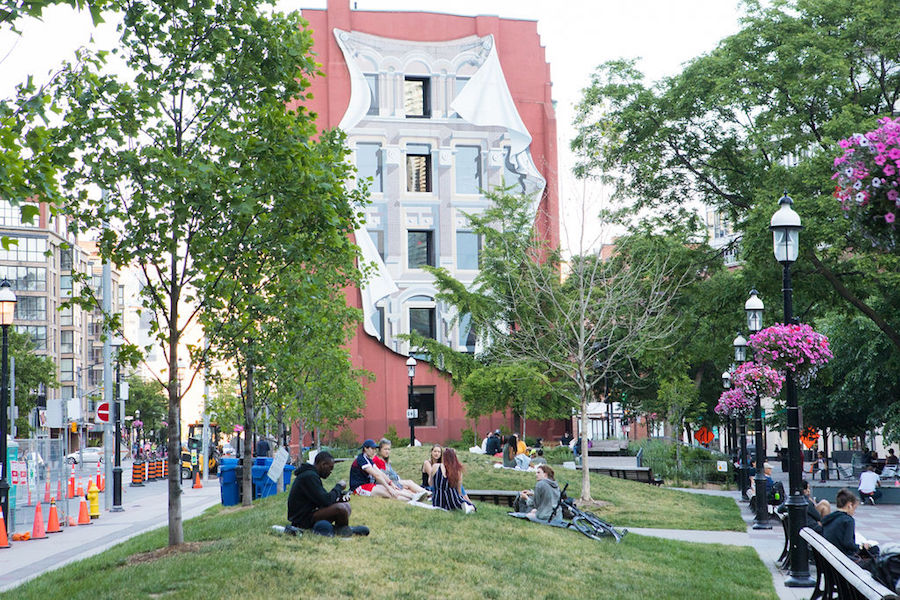 Toronto, Peel and Ottawa will be limited to 10 people at indoor gatherings and 25 at outdoor ones. That’s down from previous Stage 3 limits of 50 people and 100 people.

The three regions have been reporting significantly higher rates of new infections than other regions in Ontario. Public health officials have stated these new cases are mostly due to private social gatherings.

Since September 14, the province has seen daily rates of infection hovering around 300 cases, marking the largest single-day increases since early June.

Public health officials reported 313 new cases on Monday, 251 on Tuesday and 315 on Wednesday.

“Locally, there are 85 new cases in Toronto with 63 in Peel and 39 in Ottawa. Seventy per cent of today’s new cases are in people under the age of 40,” health minister Christine Elliott wrote on Twitter.

“This targeted action is in direct response to the latest data, which tells us that increased cases are the result of private and social gatherings. By limiting the number of people permitted at a social gathering in these regions, we will reduce the spread of COVID-19 and keep people safe,” Elliott said during a press conference on Thursday.

Zain Chagla, associate professor in the division of infectious diseases at McMaster University, says the new limits help in both a symbolic sense and from a public health standpoint.

“If you do get more transmissions, we’re seeing if there’s a case that shows up in one of these gatherings, the contact tracing is much more manageable rather than a gathering of 100 or 50 people,” Chagla says.

This includes banquet halls, bars and restaurants, despite the fact that over 20 recent cases in September were linked to multiple wedding and wedding-related events being held across the GTA.

Chagla says that it’s worrying that weddings have been a major source of transmission, and notes that certain wedding events are higher risk than others.

“A close indoor gathering associated with a pre-wedding or post-wedding event or a get-together is a little higher risk. So I think we really need to be messaging on how we can do some of these things safely,” he says.

“To say that no one is going to get married for the next year is probably impossible. Can we open up spaces? Can we use parks in public venues to be able to have a small wedding?”

For now, Ford has increased fines for violating social gathering rules, implementing a minimum fine of $10,000 for the organizer of a gathering that exceeds the mandated limits.

There are currently 2,427 active cases in the province, up 111 from Wednesday, with 179 cases resolved.

Three more people have died within the past day.