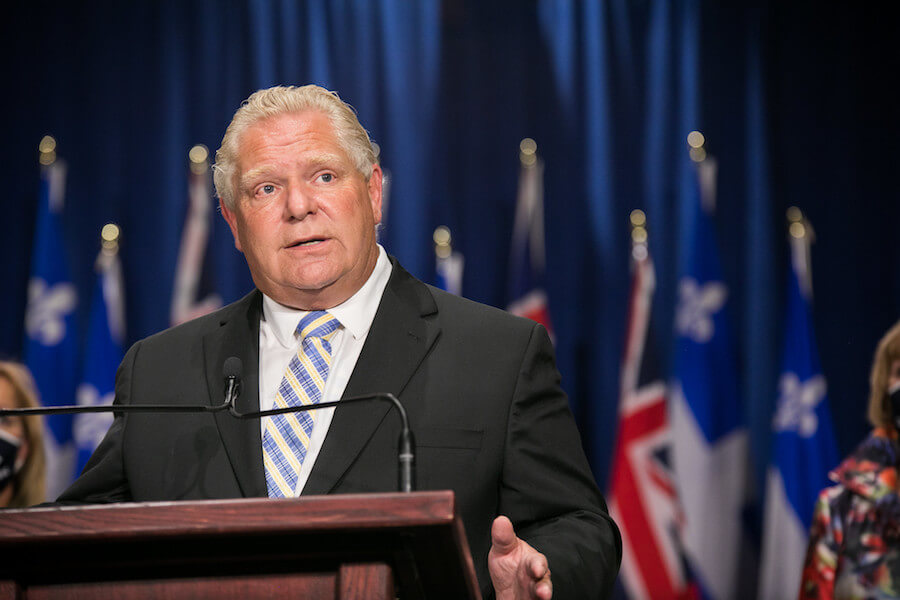 There were 401 new cases in the province on Friday.

In response to the surge in new cases, Ontario Premier Doug Ford announced gathering restrictions will be rolled back across the entire province for the next 28 days.

“Folks, the alarm bells are ringing,” he said. “And too much of it has been tied to people who aren’t following the rules.”

The province previously lowered gathering limits in Toronto, Peel and Ottawa and announced steep fines for organizers of gatherings that break the rules.

The new restrictions do not apply to businesses and facilities, such as restaurants, bars, movie theatres and other venues.

“We are trying to avert a further increase as much as possible,” she said.

She added the province is increasing capacity at eight assessment centres in Toronto, Peel Region and Ottawa in response to growing demand for testing.

Elliott said seven pop-ups have launched in the regions there are “and more coming to help increase access and cut down wait times.”

Seventy-one per cent of today’s cases are in people under the age of 40.

“There’s a small increase in hospitalizations today as ICU admissions and the number of patients on ventilators remains stable,” Elliott said.

One more person has died in the past 24 hours.

On Friday, Toronto Public Health (TPH) said the recent surge in infections can be traced back as far as two weeks ago, a period that covers Labour Day Weekend.

The “new COVID-19 infections are widely spread across the city, indicated by new cases confirmed in neighbourhoods across Toronto,” the city said in a statement.

Officials believe end of summer socializing over the long weekend has driven up new cases. TPH also suggests the increase infections are traced to people in bars and nightclubs.

The city agency has issued a warning to anyone who was at NOIR inside Rebel at 11 Polson on September 11 between 10:30 pm and 2 am about a potential exposure to COVID-19.

“Anyone who was at the night club during this time may have been exposed to COVID-19,” the city said in a statement. “Toronto Public Health is following up with all known close contacts based on the information provided in the contact tracing logs for staff and patrons.

“These individuals will be instructed to self-isolate for 14 days and to go for testing.”