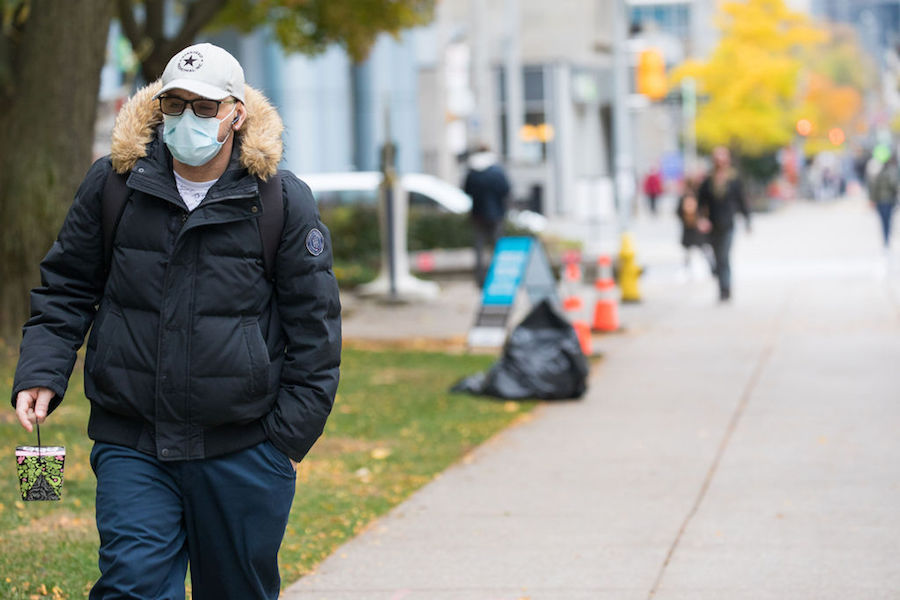 Ontario reported 1,855 new COVID-19 cases on November 27, the highest the province has ever seen, along with a record number of tests completed.

With 58,037 tests completed in the past 24 hours, the provincial positivity rate is lowest in a week at 3.7 per cent.

The big jump in new cases pushed the new seven-day rolling average to a high of 1,489.

Active cases have gone up to 13,255, and hospitalizations have decreased from 556 Thursday to 541 today. Intensive care patients remain steady at 151, with 101 patients on ventilators.

Another 20 people have died in the past day, including 13 long-term care residents. There are 19 new cases among health-care workers and currently 101 long-term care home outbreaks.

There are 122 new school-related cases, with 99 among students and 23 among staff. Six schools are closed due to an outbreak, two more since yesterday.

On Thursday, provincial public health officials presented new modelling data that showed the province is in a “fragile or precarious” situation.

Two weeks ago, the data said Ontario was on track to hit 6,500 cases per day if no new measures were implemented. The province has since moved hotspots Toronto and Peel Region into lockdown.

Adalsteinn Brown, professor and dean at the Dalla Lana School of Public Health, said if the province continues with the current level of case growth, “we’ll flatline and that might be considered a conservative version of a best-case scenario.”