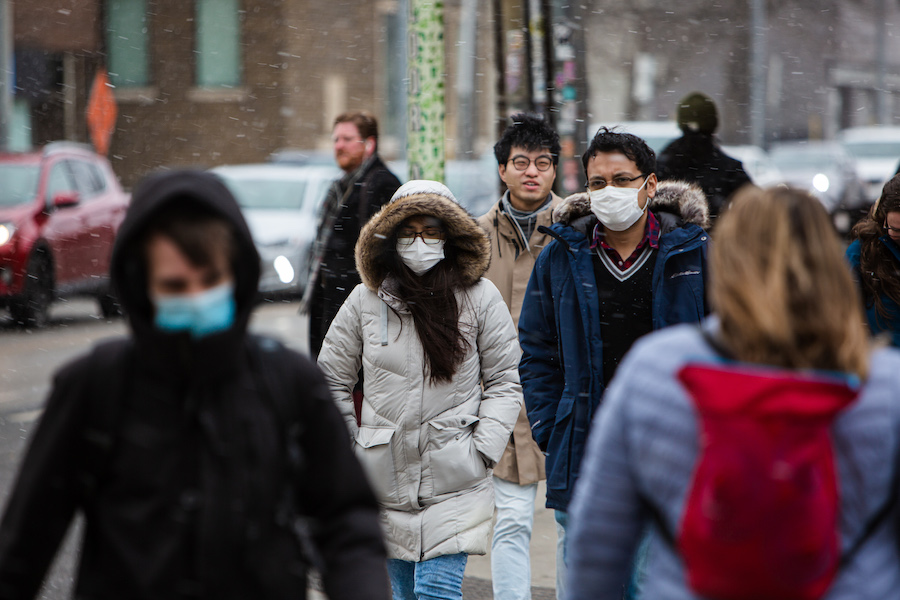 Ontario is reporting nearly 10,000 new COVID-19 cases on Christmas eve, setting a new record for the entire pandemic as the Omicron variant spreads through the population.

Testing facilities are backlogged and many Toronto residents are complaining on social media that they can’t get an appointment despite their symptoms and testing positive with at-home tests, which signals that the actual number of new COVID-19 cases in the province is actually much higher than the 9,571 reported. Labs processed 72,639 tests on December 24 at an 18.7 per cent positivity rate.

But while the COVID-19 case count is higher than ever before, overall hospitalizations and ICU admissions in Ontario remain relatively low, which is in line with reports that Omicron is more transmissible but less severe. 508 people are hospitalized with 164 in ICU. The majority of those ending up in the ICU are unvaccinated. The province also reported six new deaths. In the past, hospitalizations spiked in sync with cases. However, unlike spikes in the past, the majority of the population have two vaccine doses and are scrambling for a third.

While case counts are higher than ever, the province remains open for the holidays with limitations. Restaurants and bars, concert venues, theatres, cinemas, personal care services, retailers and shopping malls will all be reduced to 50 per cent capacity. Masks are now required 100 per cent of the time at sporting events, concerts, theatre, cinema and other entertainment venues. Food and drink is no longer sold, so patrons don’t have an excuse to remove their masks when eating or drinking.

Bars and restaurants are required to close at 11 pm for dine-in, though delivery and takeout can continue past that time. Alcohol sales will be restricted after 10 pm. As for holiday gatherings, the province has imposed size limits. Gatherings cannot exceed 10 people indoors and 25 outdoors.

The Omicron-fueled spike is set to get worse as many Ontarians, beyond fatigued with the never-ending pandemic, may decide to throw caution to the wind.