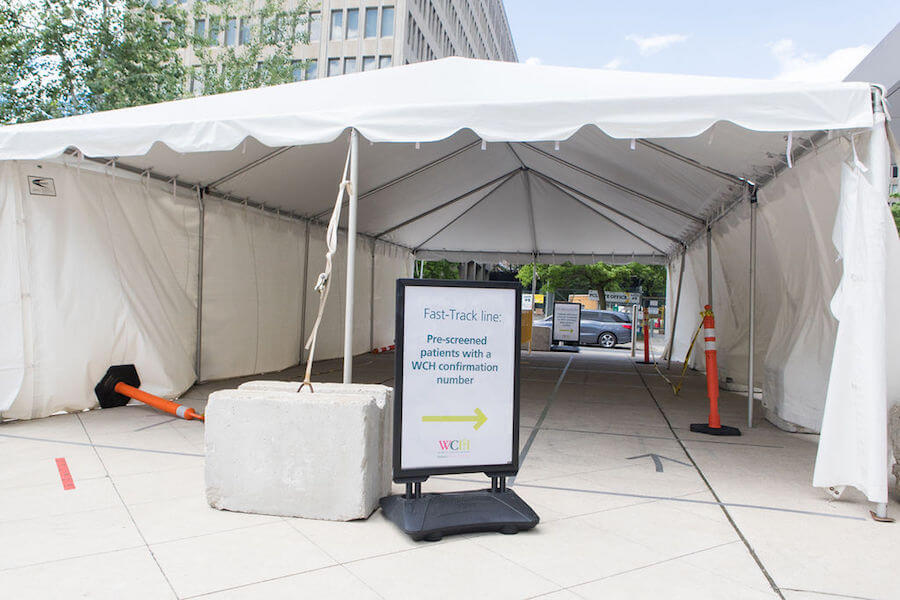 The province has broken daily records three times within the past two weeks, reaching 700 cases on September 28 and 732 new cases on October 2.

“Locally, there are 265 new cases in Toronto, 182 in Ottawa, 134 in Peel and 78 in York Region,” health minister Christine Elliott said on Twitter.

The testing positivity rate is at 1.6 per cent.

Hospitalizations are at 206, up from 195 the day before, and three more patients are in intensive care from yesterday.

There have been four additional deaths.

Toronto’s second wave will be worse than the first: de Villa

On Wednesday, Toronto’s Chief Medical Officer Eileen de Villa released modelling data that predicts the city will have more COVID-19 infections in October than during the first wave in the spring if no new restrictions are implemented.

The modelling projections consider three scenarios over the next eight months. If Toronto’s reproductive rate of 1.2 – which represents the number of people on average one person will infect – rises to 1.25, the city will see more than 30,000 new infections in the months ahead. The new cases would peak between early March and early May.

If new public health measures are added at the end of October to lower the reproductive rate to 0.9, the number of infections would be six times lower by the end of May than if no actions are taken.

A reproductive rate of one means the pandemic is not getting better or worse. A rate of lower than one means the virus will “slowly die out,” she said.