Hopefully, No Time To Die, the latest installment in Ian Fleming's series, doesn't end up being a metaphor for a fifth wave of the virus 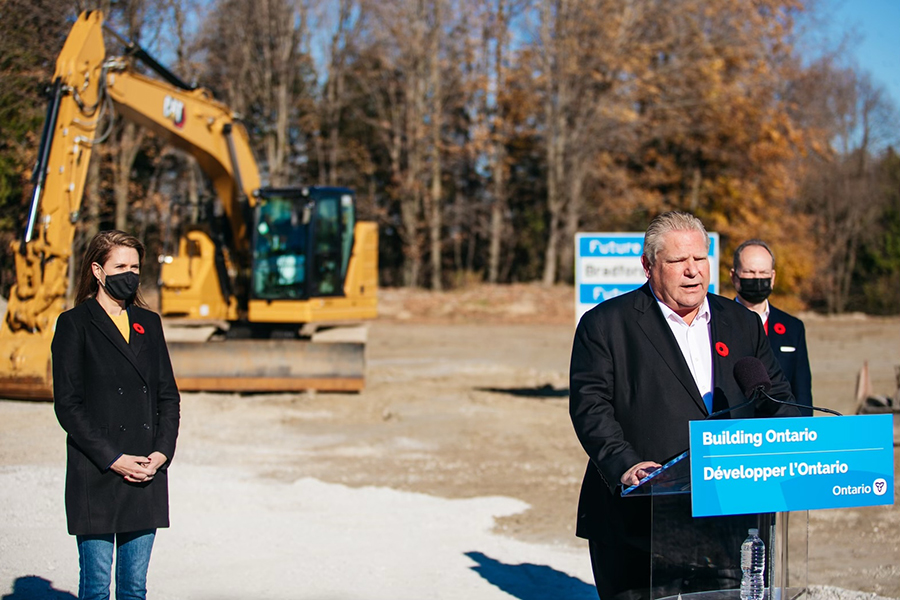 Caught the latest Bond instalment, No Time To Die, at the Cineplex with my oldest kid on the weekend and forgot to bring along proof of vaccination. Yikes. It’s been a while. A photo on my phone of my kid getting vaxxed seemed to do.

There was no mask enforcement for moviegoers.

While movie theatres have been allowed to return to 100 per cent capacity since early October – along with sports venues – it still seemed odd. Masks mandates are supposed to be in place.

Indeed, Cineplex’s health and safety guidelines state that employees are required to wear masks. Moreover, their seat reservation system is supposed to automatically ensure that “provincial guidelines for distancing are followed.” At least, that is what their website says. Only, it’s not what’s happening since Ontario lifted restrictions for cinemas and theatres in early October.

Tickets were being sold without any regard for physical distancing because theatres don’t have to anymore. The middle section in the theatre where we sat was packed. People were sitting elbow-to-elbow while sections on either side were empty.

Some may have been enjoying the feeling of closeness. But the couple sitting next to us left shortly after the movie started. Maybe it was the violence in the opening scene that was a little unnerving for their kid. Or maybe it was the woman behind us who kept coughing periodically.

That was the other thing – while proof of vaccination was required there was no basic screening for those entering the theatre to determine if they were experiencing any COVID symptoms.

It might have been advisable to encourage patrons to wear their masks. It’s a requirement as we’re still in the throes of a fourth wave. But there was no mention of masks during the customary public service announcement before the film – the one asking Cineplex customers to be nice to their fellow citizens.

The folks taking part in the public service announcement were physically distancing, but there was not even a suggestion that wearing a mask might be a good idea. We are talking about an indoor environment after all, and COVID is an airborne virus. Exercising caution would be in order.

The contradictions have been pointed out before. A friend went to the Leafs game the other night, where you’re only supposed to remove your mask to eat or drink. But who’s looking anyway?

It doesn’t make sense, of course. It’s not prudent to go without a mask anywhere indoors. We don’t do it at the supermarket. We don’t do it at government offices. But more folks are flouting the rules and we’re powerless to do anything about it because enforcement is non-existent.

The number of COVID cases is going up. There were more than 600 on Monday, the highest case count in over a month. The trajectory has been on an upward swing for some time. The all-important R-number is back over 1, which means cases will continue to double every week to 10 days or so.

Most of the cases are, not surprisingly, among the unvaccinated. But even the head of the province’s COVID advisory table says it’s time to revisit capacity limits.

Only, there’s no turning back the clock in most people’s minds. Besides, there’s been enough going on to keep the public’s attention off COVID – namely, an election next spring and Ford throwing around goodies to make himself look good. Last week it was an announcement of a raise of the minimum wage. This week it’s a highway to mostly nowhere that (surprise) taxpayers will be footing the bill for just so Doug can grease the palms of his development friends.

Ford is betting on people getting used to the new normal – or at least, whatever semblance there is of it. He may be right (for the time being). His approval ratings are ever so slightly up.

Hopefully, we won’t be contemplating whether we’ll have a Christmas in a few weeks’ time – it’s not something people are prepared for, just like the last scene in the movie.

In that, Bond is trying to save the world from a deadly virus, too. Only he has to blow up an island to do it. Let’s hope it’s not a metaphor for what awaits Ontario this winter.

Updated on Wednesday November 10 at 6:41 pm. An earlier version of this story misstated that a “vast majority” of Cineplex employees were not wearing masks. The story has been updated.