Op-Ed: Condo schools downtown are not the model we should be following 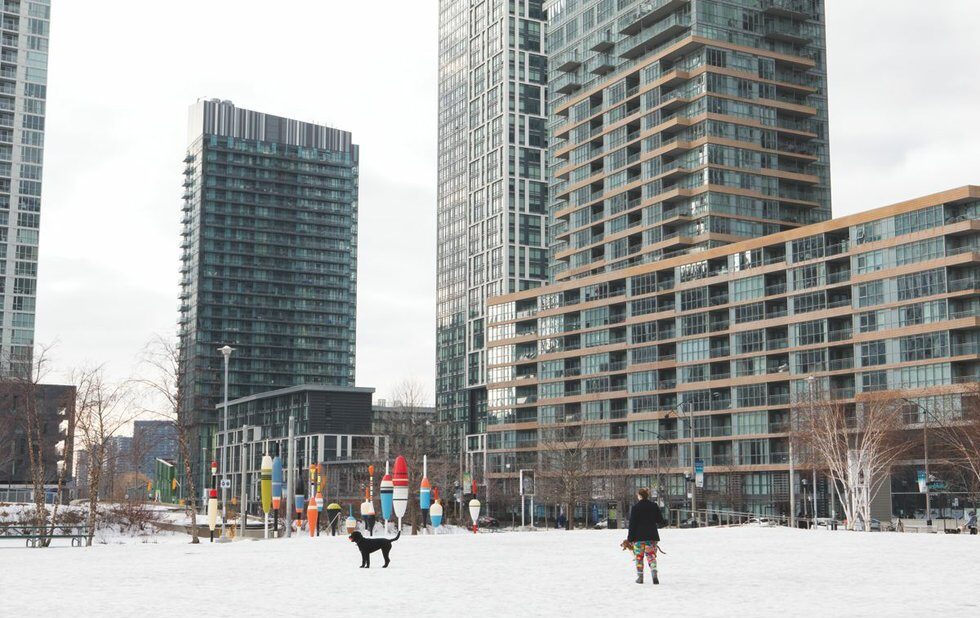 The Toronto District School Board and Trustee Stephanie Donaldson deserve a lot of credit for the recently announced first “condo school” in downtown Toronto.

The new Lower Yonge Precinct Elementary School will be located on the third floor of Menkes’ condominium along with a child-care centre on the second floor, a community centre next door and a park nearby that will double as a playground. Negotiations are ongoing about how the students will get across the street to the playground for recess.

It’s taken years of negotiations between the city, the province, local businesses and the community to find a way to fit a school into the densely populated Lower Yonge area. It’s innovative, but it’s not the model we should be following.

We should be planning schools first and then building communities around them, instead of trying to shoehorn them in later.

That’s what was done at another condo community, Cityplace, just down the street.

Cityplace has a public school, a Catholic school, a childcare centre, a parent drop-in centre and a community centre in a 10-hectare park ringed by condos, many of which have an incredible view green space in the heart of their community.

The groundwork for the Cityplace schools was laid in 1994 by former city councillors Dan Leckie and Jack Layton. They pushed the city and school boards to agree to the project and got the developer to pay for it through development charges.

Unfortunately, successive provincial governments have put the kibosh on similar projects ever since.

In 1998, the Mike Harris Tories passed regulation 20/98 which restricted education development charges (EDCs) to school boards whose schools were 100 per cent full. Development charges are designed so that development pays for transit, parks, roads and schools. In Toronto, the regulation meant that only Catholic schools would get EDCs, which is currently set at $2,400 per unit, since their high schools were more often than not at capacity, while most of Toronto’s public schools don’t qualify.

The regulation saves developers a lot of money – over $200 million in the last decade. But the developers’ savings are ultimately downloaded onto taxpayers. Taxpayers, for example, are on the hook for the full $40 million for the new condo school.

Without money from EDCs, the TDSB has no funds to buy property for future schools in areas like the rapidly developing waterfront and Yonge corridor. They are forced to watch as land prices soar and then try to find a way to squeeze in a school after the area is developed, which is exactly what has happened with the lower Yonge street area and is currently happening in the area around the mouth of the Don River.

In 2017, the former Liberal government traded the TDSB a 2-hectare school site in Etobicoke for a site approximately half the size in the West Don Lands to be used for a school in the rapidly developing waterfront area. But the West Donlands site has toxic soil, abuts a busy railway corridor and is one-third of the size of a typical elementary school site. Kids deserve better.

The TDSB has been fighting for years to change the unfair restrictions on development charges and has even taken the provincial government to court. But the province has refused to budge.

The new condo school in the lower Yonge precinct will not be the last. But without access to development charges, the TDSB will not be able to purchase land for schools they will need in rapidly-developing areas.

Both public and Catholic boards need the funds to acquire the land and build the schools we need in condofying neighbourhoods.

Schools are the places where children and parents meet and build communities. After hours, they become spaces for music, sports and community programs. We should be planning our communities around schools, not building communities and then figuring out where we will squeeze schools in later.

Chris Glover is the NDP MPP for Spadina-Fort York and a former TDSB trustee.