While party insiders are quick to frame Leslyn Lewis’s candidacy for leader as a show of the party’s diversity, its also unmasked the party's racism problem 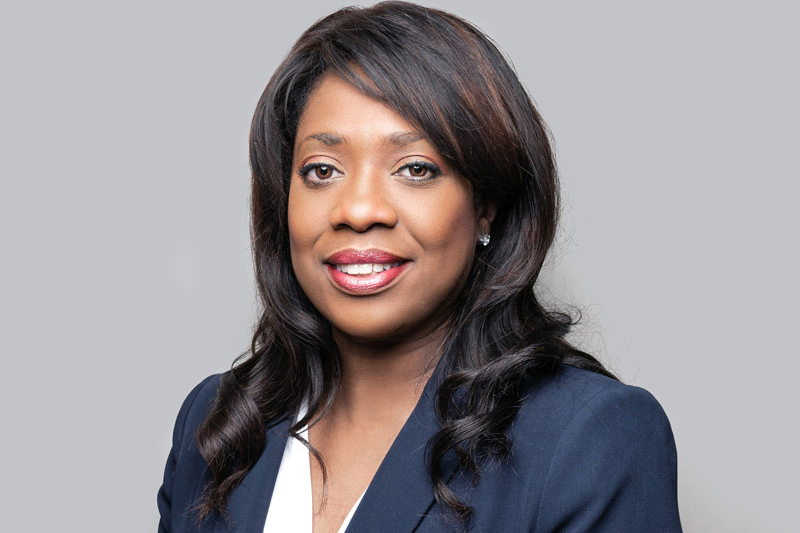 Conservative Party of Canada leadership candidate Leslyn Lewis has been the target of racist attacks by members of her own party.

As the only woman and person of colour in the Conservative Party of Canada leadership race, Leslyn Lewis has cut a curious figure.

On the one hand, her views on systemic racism make her an outsider among a large segment of the party rank and file. On the other, she’s as conservative as they come on abortion, gay rights and guns, three issues that are very close to the hearts of the party’s base.

Few in the party gave her any hope of playing anything but a bit part in the leadership race. She’s never held political office. And she’s only run once – during the 2015 federal election – and that was as a last-minute replacement in Scarborough-Rouge River amid scandal.

But as party members started receiving ballots in the mail last week to begin voting in the leadership, she seems poised to make some waves. At least, that’s what some party insiders are spinning off the record with internal polls, they say, showing her inching up in support to second-place runner Erin O’Toole.

It’s true that her social media presence has increased markedly in recent weeks, and that she has been able to attract more money than expected to her campaign. Whether she’ll end up being the choice of social conservatives over Derek Sloan – another theme that’s been making the rounds among party insiders – remains to be seen.

Lewis has run a much better campaign than Sloan, who has cast himself as the so-called “unapologetic conservative” in the race. But it seems doubtful that many but a few party members are prepared to make a woman their first choice for leader. Then there’s the issue of race.

Racist trolls in the party went off on Lewis during an online debate on BC issues recently. Lewis said after the debate that she wasn’t surprised. Her campaign reports having received racist messages through social media and the mail at various times throughout the race. Indeed, some red meat eaters in the party’s base have been openly hostile to her candidacy.

It’s no secret. The Conservative party has a racism problem. Bigots and xenophobes have swelled in the party’s ranks. It started with the anti-Muslim baiting under Stephen Harper. It got worse under current leader Andrew Scheer, who has played footsies with all manner of weirdos on the fringes of the party. And it’s been allowed to fester in the name of not alienating the base out West that’s threatening to separate not only from the party, but Canada as a whole. Amid all its other problems, the party is suffering an identity crisis.

It’s been often repeated by Conservative MPs and party higher-ups that racist views are not welcome in the party. But the truth is dog-whistle politics and the language of intolerance have become a hallmark of the party. And it’s been present during this leadership contest.

“True blue” O’Toole and Sloan refuse to acknowledge systemic racism even exists in Canada. In fact, at a time when the pandemic has seen a surge in hate crimes out West, anti-China rhetoric has become a popular wedge issue of both O’Toole and Sloan during the campaign, who have also made no bones about frontrunner Peter MacKay’s brand of conservatism being “liberal lite.”

Last week, in the lead up to next month’s leadership vote, the Conservative Party announced that it has set a record for memberships.

According to a statement issued by the party on Tuesday, the party has surpassed high water marks reached in both 2004 and 2017 with nearly 270,000 paid party members as of May 15, the cut-off date to vote in the leadership.

Dan Nowlan, co-chair of the party’s Leadership Election Organizing Committee (LEOC), characterized the membership numbers as “solid indicators of the strength of the Conservative Party.” The claim is somewhat misleading.

The party had about 170,000 members in January, so the actual number of new memberships is around 100,000. And while raw membership numbers may be higher than at any time since the Reform-Canadian Alliance merger that created the party back in 2004, there’s also been splintering in Conservative ranks in a leadership race marred by division, dissension and blow-ups from the start.

While party insiders are quick to frame Lewis’s candidacy as a show of the party’s diversity – she’s the first woman of colour to vie for the leadership – its also exposed how desperately far the party has slipped from the mainstream.