If the Canadian government wants to be a climate champion, targets to reduce our meat production and consumption would be a great place to start 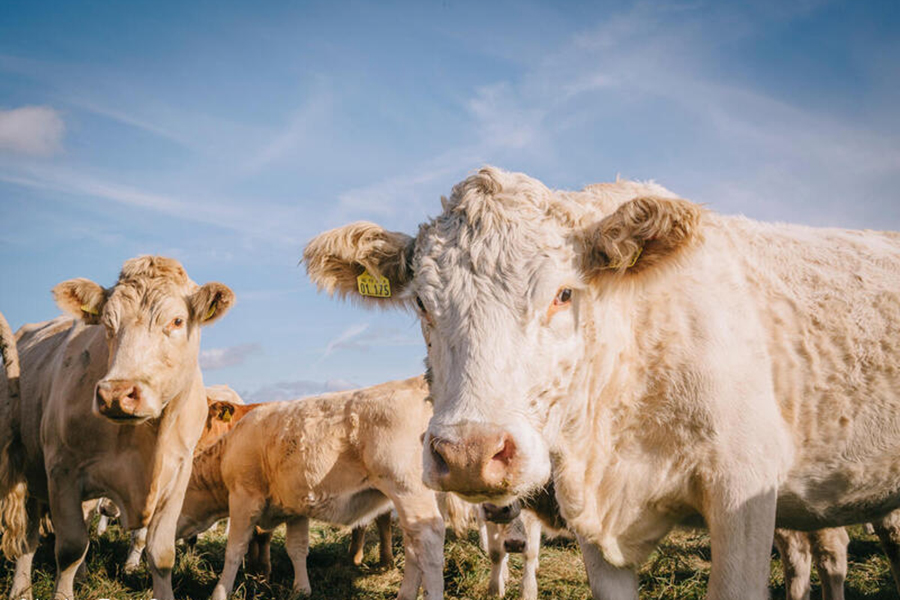 Beef cattle at the ecological farm in the Havel region in Brandenburg, Germany.

As representatives from around the world gather for the United Nations Climate Change Conference in Glasgow, factory farming is the sacred cow that few governments are willing to tackle.

To halt the global collapse in wildlife, take a big bite out of climate change and build a fairer food system, it’s time for Canadians to address our addiction to industrial meat head-on.

In Canada, emissions from livestock digestion alone accounted for 41 per cent of total agricultural emissions in 2019. This doesn’t include emissions involved in feeding livestock at an industrial scale. Corporations and multinational giants like JBS and Cargill are making a killing off of this unsustainable model.

As a wealthy nation, we are also eating way more than our fair share of meat.

A recent global comparison by the Hot or Cool Institute shows Canadians have one of the highest per capita climate footprints in the world – in part as a result of our overconsumption of industrial meat. Every year, we individually consume around 150 pounds of meat on average.

It’s important to emphasize the word overconsumption here – meat is not all bad. In many places, ecological farmers are nurturing the land with a diversity of crops and livestock that are sustainably produced. Traditionally hunted meat both reduces greenhouse gas emissions and preserves ecosystems.

But the Earth simply cannot sustain the levels of factory-farmed meat produced and consumed in wealthy nations like Canada when 19 per cent of global emissions come from animal-based foods. This raises important questions about climate justice. It’s simply not fair for Canada to consume so much more meat (not to mention oil, plastics and other destructive commodities) at such a cost to the environment.

Yet Justin Trudeau’s government continues to pursue a Mercosur trade deal that could increase meat exports from Brazil, where deforestation for cattle is rampant.

Meanwhile, evidence of the meat lobby’s deny and delay tactics are mounting. Greenpeace’s investigative arm, Unearthed, recently reported on the meat lobby’s efforts to persuade a recent UN Food Summit to support factory farming. The Canadian Cattlemen’s Association featured among the documents. A months-long investigation by DeSmog describes the meat lobby’s efforts “downplaying the impact of livestock farming on the climate” and “overlooking the industry’s environmental footprint.” It all feels like a desperate rerun of the oil and gas industry’s playbook.

But with federal officials, there’s a reluctance to name the problem posed by factory farming. This reflects the enormous power and influence of the meat industry in Canada. But the climate crisis requires facing our sacred cows.

Despite the big industry spin, many farmers are willing to lead. Small farmers hold the secret to preserving biodiversity and increasing yields. They need access to land, public investment and long-term support to succeed.

Creating the space for small farmers to thrive and build a low emission food system for Canada is not compatible with business-as-usual factory farming. Greenpeace has a vision for halving our global meat consumption and production by 2050.  The goal is achievable with a focus on global fairness and shifting the remaining production to ecological methods.

If the Canadian government wants to be taken seriously as a climate leader and a champion of nature, announcing targets for reducing our meat production and consumption in Glasgow would be a great place to start.

Shane Moffatt is head of the Food and Nature Campaign for Greenpeace Canada.

One response to “Op-Ed: Factory farming is Canada’s sacred cow on climate change”