A month after unveiling plans for the site, the Ford government launched a public consultation this week, but what is there left to consult about? 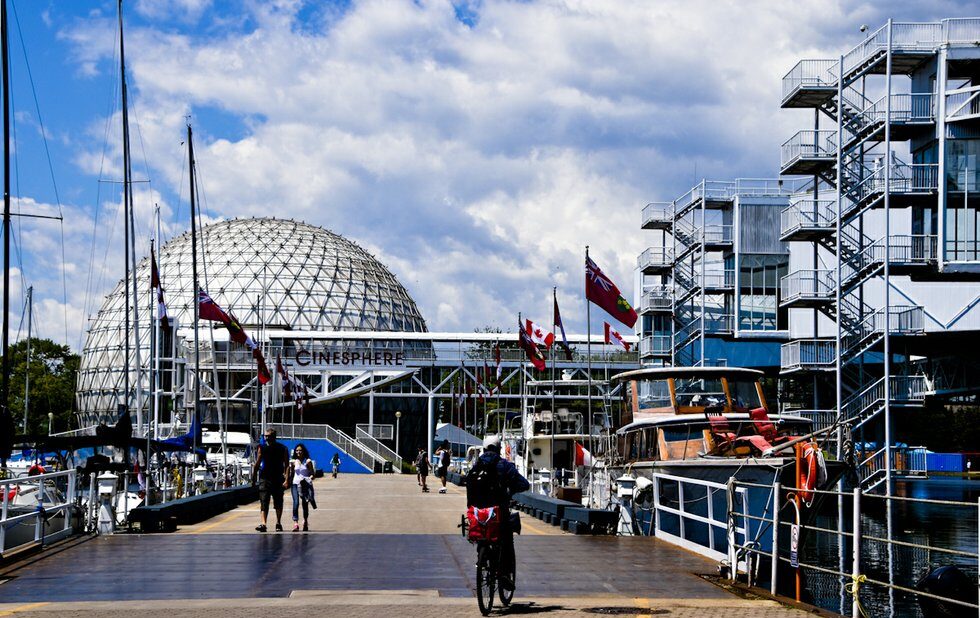 The Ford government’s plans to privatize Ontario Place are forging ahead.

After three years of failing to meet with community groups – and a month after announcing plans for the site – the Ford government launched a public consultation this week.

What is there left to consult about?

The online survey limits the scope of public input to whether they’d like washrooms on the site (it’s actually one of the questions) and ranking the importance of the heritage architecture, suggesting that the government may have eyes on demolishing some of it.

The Ford government has said that it is maintaining the original vision of Ontario Place. But its new vision for Ontario Place is as a two-tiered venue with those who can afford it accessing concerts, playgrounds and indoor swimming pools under glass domes, and those who can’t afford it relegated to walking trails. A beach and an existing park will remain free of charge.

But the original vision of Ontario Place when it was opened in 1971 was to build an inclusive Ontario community, to showcase our province and to strengthen our economy. Everyone could enter for a nominal fee ($1 for adults and 50 cents for children, $7 and $3.50 in 2021 dollars).

The admission price offered access to all of the venues and activities – IMAX movies at the Cinesphere, concerts at the amphitheatre and the playgrounds of the Children’s Village.

In describing the community being built by Ontario Place, then Premier John Robarts stated that it was a place for the “involvement and enjoyment of all the people of Ontario”.

Robarts said it was to be  “an important showcase” for our province and people. The architecture, the steel used in the construction, the IMAX technology and even the original film at the Cinesphere, North of Superior, were made in Ontario.

The innovative design and construction of Ontario Place – which has received numerous awards and is currently listed on the World Monuments Watch List – was a launchpad for Ontario businesses ingenuity, including IMAX, Eb Zeidler Architects, Eric McMillan’s playscape designs and landscape architect Michael Hough.

The new plan for Ontario Place divides the site among three private vendors.

The new facilities will be dramatic, but how does it showcase Ontario?

During his tenure, Robarts recognized the importance of having an Ontario identity and community. The Ontario government commissioned the theme song “Give us a Place to Stand” for Ontario Place. It was building affordable housing and public colleges and universities and keeping tuition fees low so students from all income levels and all parts of the province could attend. It was building provincial parks and charging only $1.50 per night to use them. People in Ontario took pride in public utilities like Ontario Hydro. At the time, the middle class was growing and the gap between rich and poor was shrinking. Ontario Place was more than a place. It was a proclamation that we were building a united Ontario.

Unfortunately, privatization, the sale of public assets and cuts to services have replaced the commitment to the Ontario community. The shift has widened the divide between urban and rural, rich and poor.

Chopping up and leasing out Ontario Place to corporations from outside the province means that we lose the opportunity to begin rebuilding a united Ontario with Ontario innovators.

Unfortunately, the after-the-fact consultations on the future of Ontario Place is one more step in the privatization of public spaces that divides our communities.