NOW MagazineNewsOp-ed: Its time for public institutions to heed demands on anti-Black racism

Op-ed: Its time for public institutions to heed demands on anti-Black racism 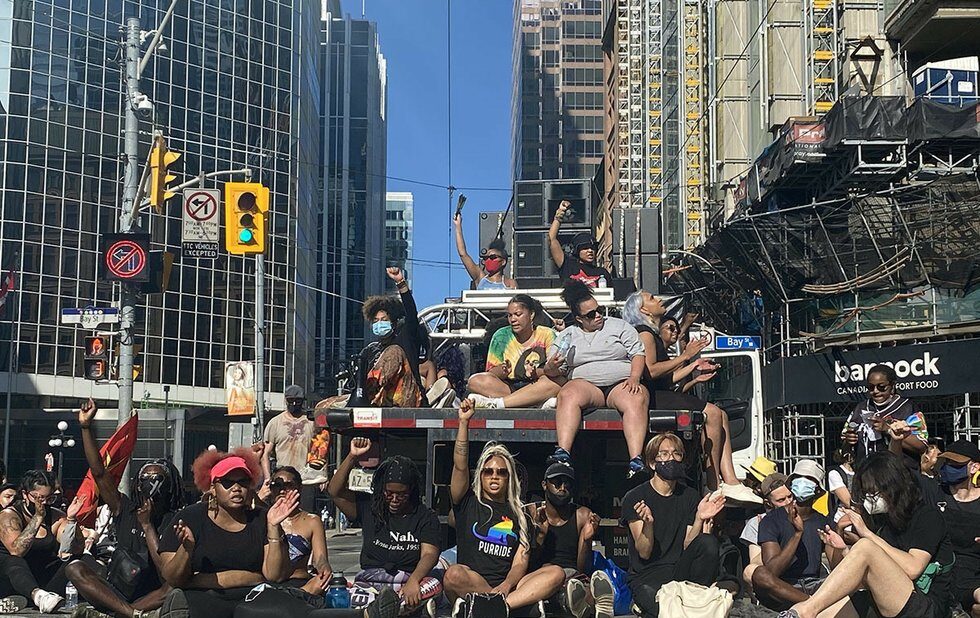 A scene from the sit-in that started outside Toronto police headquarters and made its way through Toronto on Friday, June 19.

Since April, there have been three high profile cases of police-involved Black deaths in Ontario. D’Andre Campbell, Regis Korchinski-Paquet and Caleb Tubila Njoko were all failed by Canadian institutions with fatal consequences, just like far too many others before them.

As documented by writer and activist Robyn Maynard in Policing Black Lives, an uncomfortable and often untold truth in our country’s history is just how steeped our institutions and systems are in devaluing Black lives.

As community leaders from Kingsley Gilliam of the Black Action Defence Committee to Desmond Cole today have been saying for decades – and countless reports including from the Ontario Human Rights Commission confirm – this anti-Black legacy continues in policing today.

Yet, time and time again, the systemic nature of anti-Black racism in Canada is denied or overlooked by public figures and institutions with the power to make a difference.

And while many leaders and institutions across the country are now issuing statements naming the systemic racism and supporting protests condemning police brutality – most notably, Prime Minister Justin Trudeau taking a knee at a protest in Ottawa – the consensus from leading organizers, advocates and community members is that these gestures are simply not good enough. Without concrete action, these symbolic acts ring hollow. 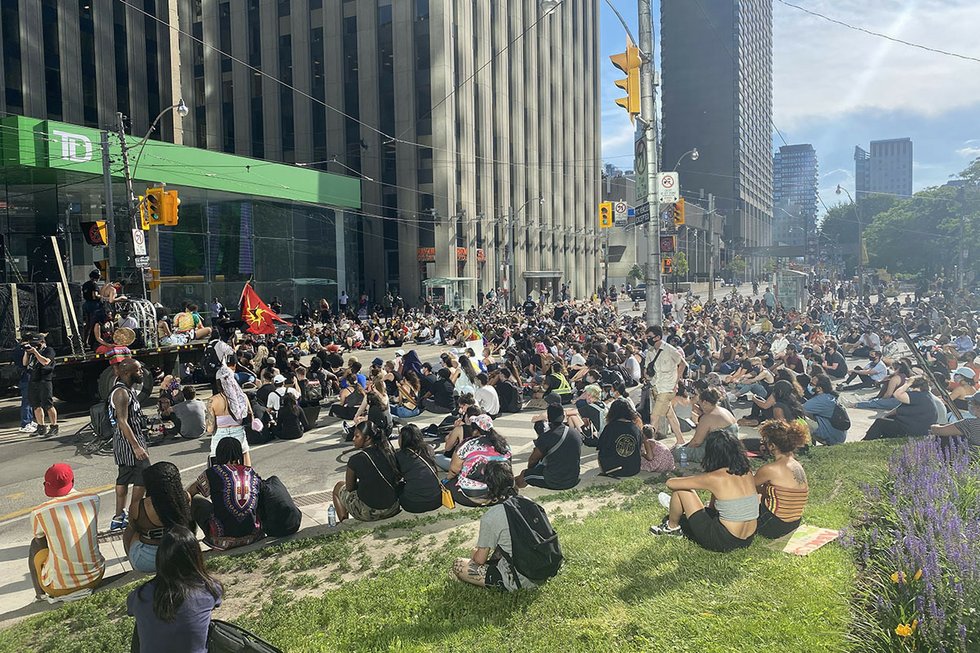 So what should be done?

Black communities across Canada have poured their expertise and lived experiences into decades of reports, commissions, inquiries and listening exercises on anti-Black racism.

Government leaders and institutions must now heed recommendations coming from prominent Black leaders and advocates who deal with the realities of anti-Black racism every day. Foremost among these are calls to defund police services and turn over some of the many responsibilities that police are tasked within our society to those better able to handle them.

Central to that conversation is the reallocation of public resources towards pressing – and criminally underfunded – issues like poverty, homelessness, youth employment, and mental health in underserved communities.

This is not impossible or unrealistic. The mayor of Los Angeles recently committed to cutting the LAPD budget by $150 million. And on the heels of the horrific death of George Floyd at the hands of police officer Derek Chauvin, Minneapolis City Council has committed to completely dismantling the city’s police department.

With more than 70 per cent of police-involved fatalities in Canada related to issues of mental health and addictions, it is entirely reasonable to ask whether armed police are in the best position to respond to these needs.

As many others have proposed, it is time for civilian social workers with the skills and professional training to support people experiencing mental health crises. And for Canadian governments and institutions to proactively find solutions to the national public health crisis of anti-Black racism.

We cannot wait for another life to be lost. Let’s harness this moment and ensure that in communities all across Canada, we make concrete commitments to do better, and act to address the epidemic of systemic racism.

Nigel Barriffe is president of the Urban Alliance on Race Relations. Sanaa Ali-Mohammed is a community organizer and research.