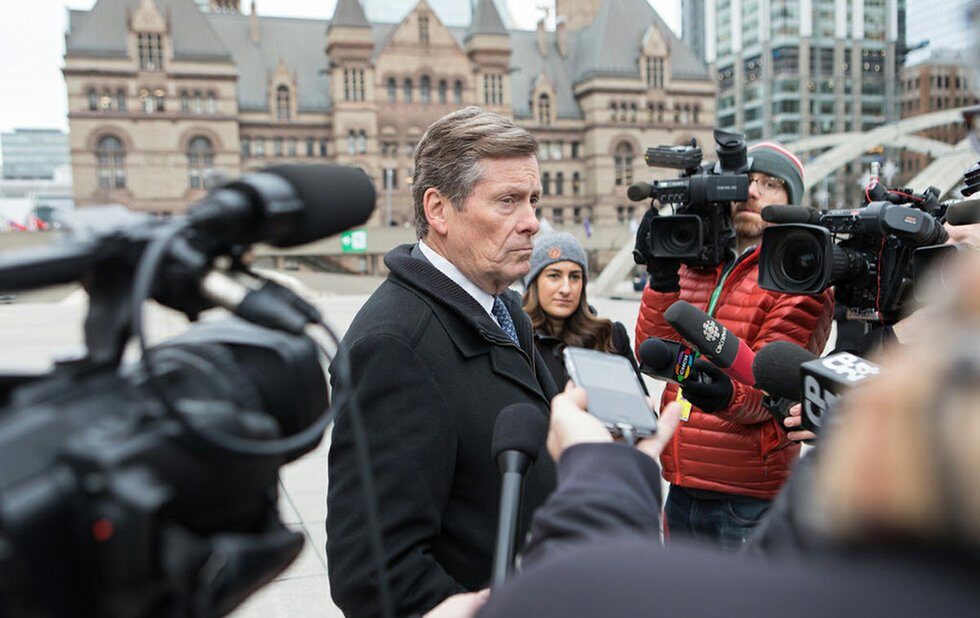 We’re asking our police to do too much. And Toronto city council has the opportunity to put in place better – and cheaper – ways to keep people safe.

A report released in early January provided a roadmap to alternatives. It outlines numerous ways for the city to reallocate resources now used to send police into settings they aren’t adequately trained for and refocus those funds on providing emergency response and support services that are proven to produce better outcomes. The report, called Rethinking Community Safety, brings forward non-police alternatives that are already well established in other cities and can readily be implemented here.

According to the Canadian Association of Chiefs of Police, only a small portion of police calls for service relate to an alleged crime. The rest – up to 80 per cent – concern social disorder, mental health crises and other non-criminal issues. For many people in crisis, however, that first call to the police begins a lengthier engagement with the criminal justice system. Our prisons and jails are filled beyond capacity with people – disproportionately Indigenous and Black people – who have experienced childhood trauma, are living with addictions, are precariously housed or have unmet mental health needs.

It is hard to imagine a more counterproductive – and expensive – way to address issues that are rooted in homelessness, poverty, addictions and mental health than a punitive justice approach.

Our over-reliance on police and the criminal justice system is also deepening systemic inequality.

In Toronto between 2013 and 2017, a Black person was nearly 20 times more likely than a white person to be shot and killed by police. The disproportionate impact of policing can be particularly pronounced for those who identify as members of other overpoliced communities, including youth, people living with mental illness, and the under-housed.

How did we end up here?

One clear driver is the fact that police are our default first responders. Police staff 911 and, unlike many other crisis supports, they are on call 24/7.

But we have also made deliberate choices to invest in policing over other types of crisis interventions. Changing that will take leadership, imagination and political courage.

So how does a government show it’s taking community safety and well-being seriously? New prohibitions on bad behaviour. Punishments. Arrests. Fines. Jail. The political fear of being seen as “soft on crime” often runs so deep that it overtakes sensible and effective community safety responses.

We don’t have to reinvent the wheel, however, in order to identify highly effective, low-cost solutions. Rethinking Community Safety, which was supported by more than 24 front-line Toronto service agencies, did just that.

Take the policing of people experiencing homelessness, for example.

In Toronto, people without homes have on average 42 police interactions per year – just over 10 times as many encounters as everyone else. Much of this relates to “quality of life” infractions – sleeping or drinking in public, for example, or trying to stay warm in subways or malls.

In a city like Toronto, more than $100 million per year is spent policing this population – with little positive impact on public safety. On the contrary, the criminal justice expenditures allocated to the policing of homelessness erodes public safety by diverting funds away from more effective, durable upstream solutions.

Numerous cities have implemented programs that send civilian community outreach workers to 911 calls involving people experiencing homelessness. The outreach workers focus not on charges or penalties but on linking individuals with the services they need to get off the street.

It’s hard to overstate the impact of providing stable housing. A study of one Toronto program showed that providing a full range of supports dramatically decreased addiction, reduced arrests by 56 per cent and cut incarceration by 68 per cent.

Toronto already has civilian-led mental health crisis response programs, but they are not called on as first responders when a 911 call is made.

We can make a shift to that model, not in tiny increments or with the usual endless string of pilot programs, but with a real, long-term strategy for substantive change. Given the amount spent on policing mental health crises, the resources are certainly there to respond more appropriately.

Similar patterns exist with police and criminal justice-focused approaches to dealing with youth and gender-based violence. There are more effective and cheaper alternatives to a police-first approach. These programs are in place in other jurisdictions, and many Canadian cities already have the community service infrastructure to rapidly scale up these responses here too.

Our leaders just need to shake off old habits and have the good judgment to make these proven alternatives a reality here in Toronto, as they are increasingly in cities across North America.

Abby Deshman is director of the Criminal Justice Program with the Canadian Civil Liberties Association. Akwasi Owusu-Bempah is an assistant professor in the Department of Sociology at the University of Toronto.