Op-ed: Canada is on fire – and banks are pouring fuel on it

After seeing their town burn to the ground in forest fires this summer, the former residents of Lytton, BC are now dealing with the aftermath of devastating floods 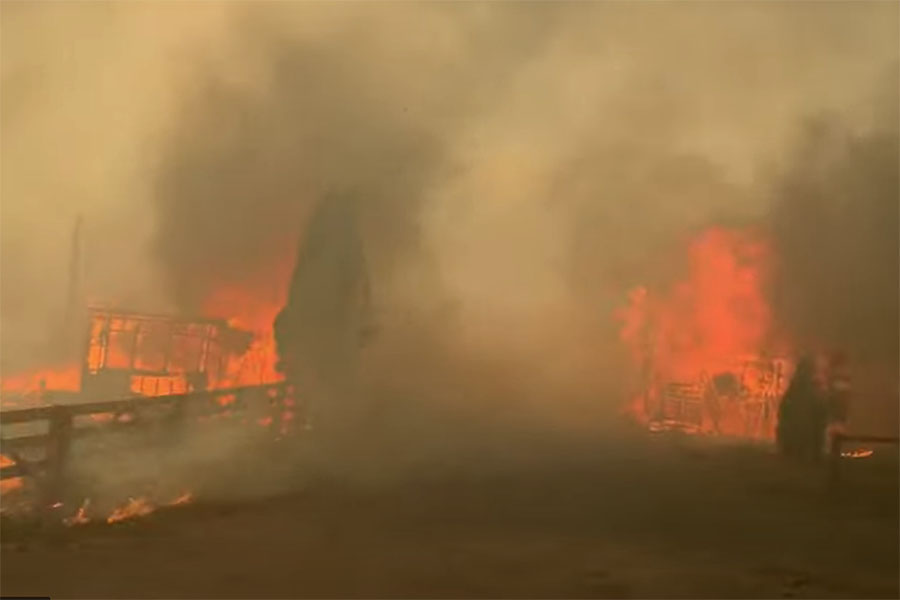 Screenshot from Greenpeace Canada video of Lytton BC fire.

Last November at the 26th United Nations Climate Change Conference (COP26), the 503 lobbyists representing the oil and gas sector – the largest source of greenhouse gas emissions – outnumbered every individual country delegation at the negotiations. They were in Glasgow for a very specific reason: to defend their interests so they can continue expanding fossil fuel extraction despite warnings from the world’s top scientists and even the International Energy Agency.

Nothing new, you may say. What may be more surprising is the role of Canada’s big banks in keeping fossil fuels afloat.

Every year Canadian banks provide tens of billions of dollars to oil, gas and coal companies, a money pipeline that allows them to continue polluting the planet while pocketing the profits.

Since the signing of the Paris Agreement, Canadian banks have provided over $700 billion to fossil fuel companies in the form of loans and underwriting services and hold $125 billion in shares. That’s almost 13 times more than the federal government spent on its climate plan over the same period. That’s a lot of money.

This is how the banks act as “stewards of our savings.”

To add insult to injury, RBC, TD, Scotiabank, BMO and CIBC are all among the top 25 banks financing the fossil fuel industry globally, which is not exactly a ranking to be proud of.

By choosing to support this industry, the CEOs of our major banks are adding fuel to the fire of climate change. Heatwaves, floods, wildfires and so much more devastation are hitting hard at home and abroad.

Not only are fossil fuels on an inevitable decline economically, the violation of Indigenous rights, the human and social costs of climate change – not to mention the cost of adaptation and mitigation – are beyond calculation.

Ignorance and denial are not justifiable, there is no excuse for keeping the money pipeline flowing.

Prime Minister Trudeau himself spoke of the link between climate change and the tragedy in the town of Lytton during his speech at COP26.

After enduring three days of record-breaking heat, and seeing their town burnt to the ground in forest fires, the former residents of Lytton and the surrounding areas are now dealing with the aftermath of the devastating floods that hit southern British Columbia in November and are demanding the support they deserve to rebuild.

On Tuesday, I was among those protesting in front of RBC, literally at bank CEO Dave McKay’s doorstep. But he did not come down to meet us. Perhaps it’s because it would have been too hard to receive branches, toys and bits of teacup and kettle burnt to a crisp by this summer’s fires and still turn a blind eye to the devastation being fueled by his bank’s investment decisions.

Juan Ortiz is an activist and supporter care manager at Greenpeace Canada.

3 responses to “Op-ed: Canada is on fire – and banks are pouring fuel on it”