NOW MagazineNewsOp-ed: This COVID crisis should have been manageable

Op-ed: This COVID crisis should have been manageable

Surgical intervention was needed to keep a second wave of the virus in check, instead we’re stuck in another lockdown 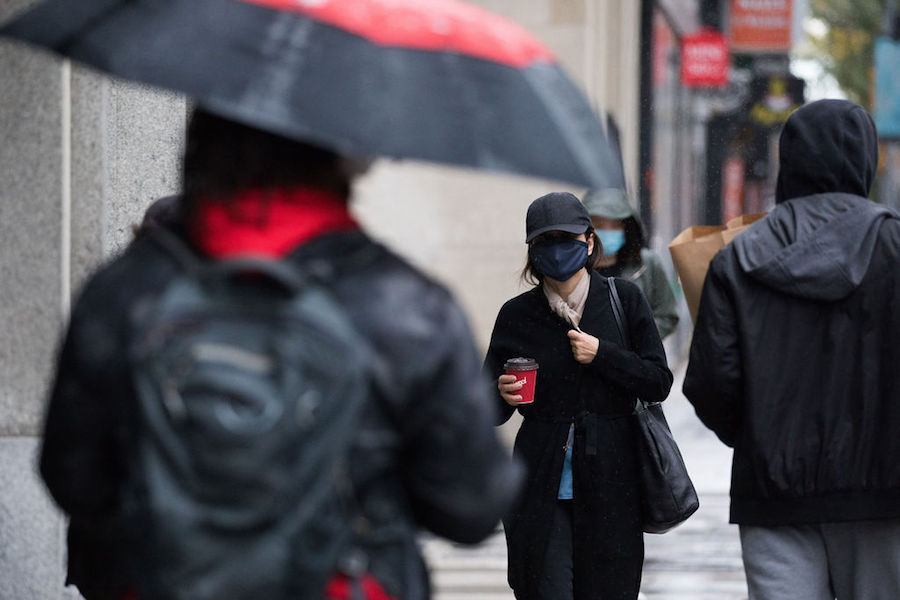 There’s a restaurant around the corner where I live. It’s been there for more than 30 years. Like other businesses in Toronto, it’s been hit hard by COVID-19. But unlike many others it’s been able to survive.

That’s thanks in part to the sizeable parking lot out front that has been converted into covered outdoor patio since COVID restrictions came down. The owner has spared no expense to provide a comfortable space for customers. The joint looks like something out of a movie.

But as the weather turns colder, the steady steam of regulars that followed reopening this summer has slowed to a trickle.

I walked by the other night around dinner. There was no one at the three-dozen or so tables set up outside. It’s sad to think what a huge hole it would leave in the neighbourhood if this business is forced to close permanently.

The dining areas inside had been open, but few people wanted to dine inside given the airborne risks associated with COVID-19. Indoor dining areas have recently been ordered closed by the province.

It didn’t have to be this way. This crisis should have been manageable.

It still may be. Relative to other large provinces – see BC, Alberta, Quebec and Manitoba – Ontario is fairing comparatively better.

Most of the increases in COVID-19 are concentrated in a handful of areas in the GTA.

And as much as the 1,300 daily new cases we’ve been averaging in Ontario lately are freaking people out, the numbers in hospital (526 as of Thursday, November 19), ICU (146) and on ventilators (88) have remained stable – which is to say they’re not in the danger zone of four-digits.

A big part of the reason we find ourselves in another lockdown is because 85 per cent of hospitals in Ontario were already operating at or near capacity before the coronavirus hit.

We were stretched to begin with. This has left the Ford government with little choice but to lockdown to avoid hospital ICUs being overrun. Instead of riding out the second wave, we’re having to take drastic evasive action to avoid being overwhelmed.

Somehow we still don’t have the system of contact tracing in place to stem the spread of the virus. There are still not enough of the rapid testing kits that were supposed to identify cases quickly. And schools are still relying on a self-assessment app to screen kids for COVID-19. Is it any wonder that teens now make up the fastest-growing cohort in Toronto?

It’s easy to blame politicians and public health officials. There’s enough blame to go around. Ford, for example, is still sitting on a few billion from the feds that could have gone a long way toward reducing class sizes in schools, another hotspot, and avoiding another lockdown. His government’s budget provided tax bailouts for business, but little in the way of the kind of investment needed in health and long-term care.

The public has gotten a little complacent, too. Since the reins came off in July, it’s been hard to reel people back in. It’s not just “yahoos” that are breaking the COVID rules. Social gatherings remain a growing source of community spread.

Sadly, for those that haven’t been touched by COVID, the disease remains mostly something that affects “other people.”

In retrospect, our leaders may have let us off easy by reopening too fast, too soon. They should have been tougher on us from the beginning. It would almost certainly have girded us for what was ahead and prevented us from getting into the bigger mess we’re in now.

We saw none of the strict measures other countries took to contain the spread of the virus once reopening started. There was no widespread testing of service industry workers. No taking of temperatures in shopping malls. No targeted testing of people in vulnerable communities. There were no curfews – and it must be mentioned – no paid sick leave so folks that were sick could afford to stay home from work and not infect others. We let travellers who were supposed to be in self-quarantine off the hook. And the COVID app developed to track and trace cases has failed to catch on, despite strict privacy measures.

Countries that did clamp down in the beginning and slowly re-opened – see New Zealand, Australia, Taiwan and (yes) China – have returned (mostly) to normal and are seeing very few new COVID cases.

Surgical intervention was needed to keep the virus in check through the second wave. Instead, we’re stuck using the sledgehammer of another lockdown.

Now that vaccines are reportedly on the horizon, people are breathing a sigh of relief. But those vaccines won’t be available until at least the spring, likely later. Complicated logistics will need to be worked out. The danger is that people will let their guard down (again) in the meantime, which can only mean that more lockdowns may be in our future.