The city does not provide the funding necessary to clear snow and ice on most park trails, effectively cutting off access to the public

By Dave Harvey and Dylan Reid 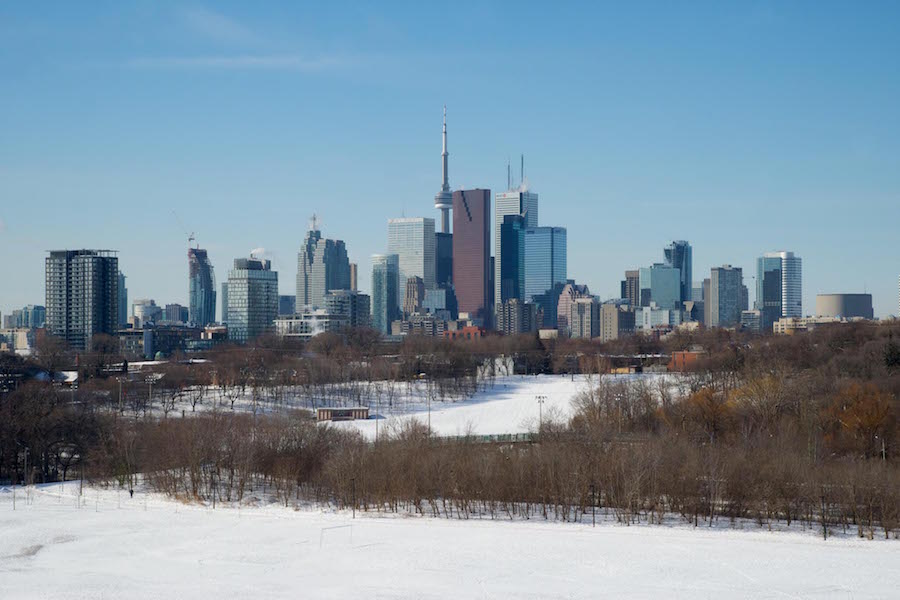 As winter approaches, the parks that have become a vital respite for the health and psychological well-being of Torontonians during the COVID crisis will become far less accessible.

It’s not just that the cold makes going outside more of an effort. It’s that winter maintenance in parks is under-resourced and as a result, not a priority for the city.

During the coldest months of the year, signs go up on the asphalt trails leading into many parks all over Toronto warning, “No winter maintenance. Use at own risk.”

The city does not provide the Parks Department with the funding necessary to clear the snow and ice on most of these trails, effectively cutting off access to most parks for all but those willing to risk a slip and injuries.

Similarly, most park washrooms are closed for the season, making it challenging to spend extended periods of time in parks.

We’re told that’s because the plumbing isn’t winterized. But the fact they were built that way exposes the prevailing assumption that parks aren’t meant to be used very much in the winter.

It seems absurd to design this fundamental and valuable civic infrastructure to be left largely unused for one-third of the year. It’s a symptom of Toronto’s continuing denial of its reality as a winter city.

What winter programming Toronto residents do enjoy is mostly outdoor skating rinks. These could be a real boon during the pandemic.

However, a glance at the city’s map shows that they are distributed unevenly. Hundreds of thousands of Torontonians do not have access to rinks within convenient walking distance, particularly those living in underserved neighbourhoods. For example, there are only two city-run outdoor rinks available for skating in Scarborough.

Many other winter cities have dedicated resources that demonstrate that parks are too valuable a public asset to neglect during the winter. In Edmonton, the city’s WinterCity Strategy includes investments in programming, skating rinks and increased snow clearing on bike lanes and walking paths. We could make similar investments in Toronto.

The strategy also includes new programming and invests in snow clearing on bike and walking paths.

Earlier this month, Toronto City Council’s Infrastructure and Environment Committee watered down a motion to clear snow and ice from Toronto’s park trails this winter. City Council will be considering the motion at the end of the month.

Council will also be considering a plan to expand the number of winterized washrooms and provide temporary portable facilities in some high-use areas. It must move quickly to implement practical steps towards making Toronto’s parks safe and accessible this coming winter. The City moved quickly to open up many of Toronto’s streets to walking and cycling in response to the pandemic this summer. Opening parks in winter would be a logical extension.

For decades, we’ve underfunded parks as if it were inevitable that people would stay indoors. But this winter, we will need our parks more than ever.

With many of our usual outlets for exercise and socializing cut off by COVID-19, the city’s residents have been flocking to green spaces. A Toronto Foundation report earlier this summer found that people in the Toronto region visited parks almost twice as much as the year before.

A survey by Park People reveals just how important parks are to the well-being of Canadians. Large majorities of those surveyed said parks have become important to mental health, physical health and their connection to nature.

The pandemic has shown us that instead of treating Toronto’s beloved parks as an afterthought during the winter, we need to make them a welcoming and valuable resource for residents all year round.

Dave Harvey is the founder and Executive Director of Park People. Dylan Reid is a co-founder of Walk Toronto.