Breaking the rules just to survive 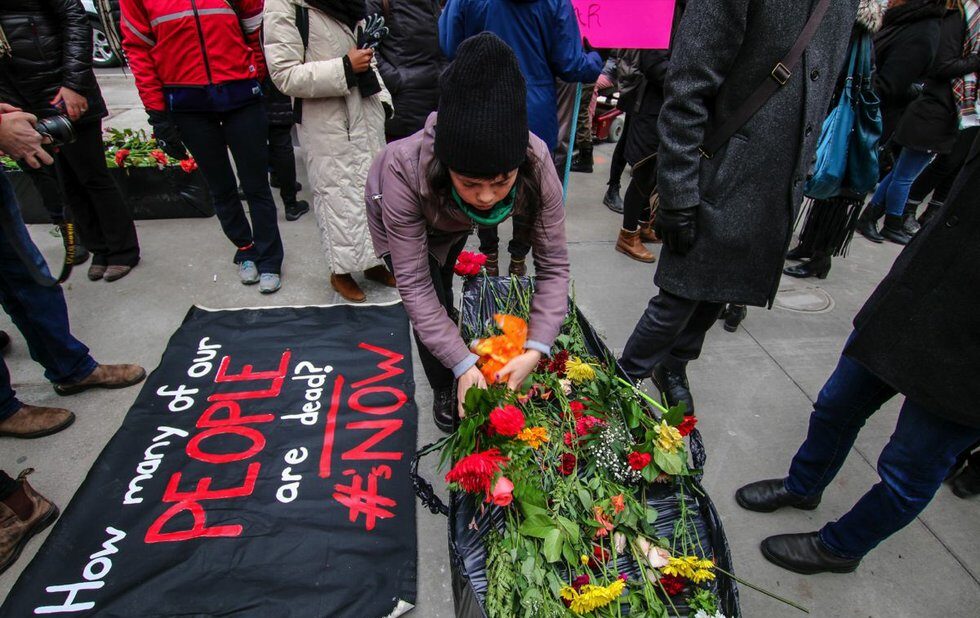 On December 18, the Public Health Agency of Canada announced that at least 1,460 people died of opioid overdose in the first half of 2017. It is estimated that by the end of this year, more than 4,000 people will die of drug-induced overdose in Canada. And still, a public health emergency has yet to be called by either the provincial or federal government. Federally, there is still no comprehensive overdose strategy. The Ontario government missed the mark with its action plan, focusing primarily on pain medications and not overdose deaths.

Those of us on the front lines – harm reduction workers, people who use drugs and their allies – are often told by politicians that they are working around the clock to address the crisis. It’s hard to hear this over and over because unlike them, we don’t leave this crisis, we live it. I can’t just go home and shut the door and turn it off. People we love have died. People we worked with are gone. My mentor is dead. My friends are dead.

Mayor John Tory has called Vancouver Mayor Gregor Robertson to ask his advice on how to handle the crisis as if it’s a new thing. But bootleg fentanyl has been on the streets for a couple of years. After that phone call, Tory announced that a task force that had been in the works for a couple of months was already working on the problem. The Toronto Overdose Early Warning and Alert Partnership is not a task force. It’s intended goal is to collect data.

It’s true that we don’t have up-to-date information. But data is all we hear about. Our voices, our memorials, our expertise, our losses have never been enough evidence that the crisis is escalating. People who used to sit on committees offering their expertise, advocating for naloxone access, safer consumption sites, decriminalization and ending the drug war – they aren’t here any more. Many are dead.

Public health responses are supposed to be about preventing deaths, but in this crisis they’ve been focused mainly on collecting the mounting bodies. Stigma, discrimination and the war on drugs feed the apathy of politicians and policy-makers whose lack of political will contributes to these preventable deaths. A hundred-years drug war has indoctrinated many people to believe that all drugs are bad, people who use drugs are defective, people who sell drugs are evil, deserve to die or be locked up.

Canada’s drug laws are rooted in racism. The Opium Act of 1908 was enacted to target Chinese immigrants. Weed isn’t illegal because it’s unsafe. It’s about social control and marginalization. We are told that the drugs a doctor prescribes for depression are better than the psilocybin I micro-dose with for treatment. But it’s Big Pharma, government drug policies, high unemployment, racism and colonization that have fuelled the current crisis.

In February, a nationwide protest organized by the Canadian Association of People Who Use Drugs marched to the office of Ontario Health Minister Eric Hoskins to deliver a petition and request a meeting with him. He ignored us. We followed up. He ignored us again. On June 1, a group of us met with Sean Court, the head of the province’s opioid strategy, and policy people from his office and the medical officer of health. We sat there crying while retelling stories of people who had died. We were told by Court that “there’s no money tree.” 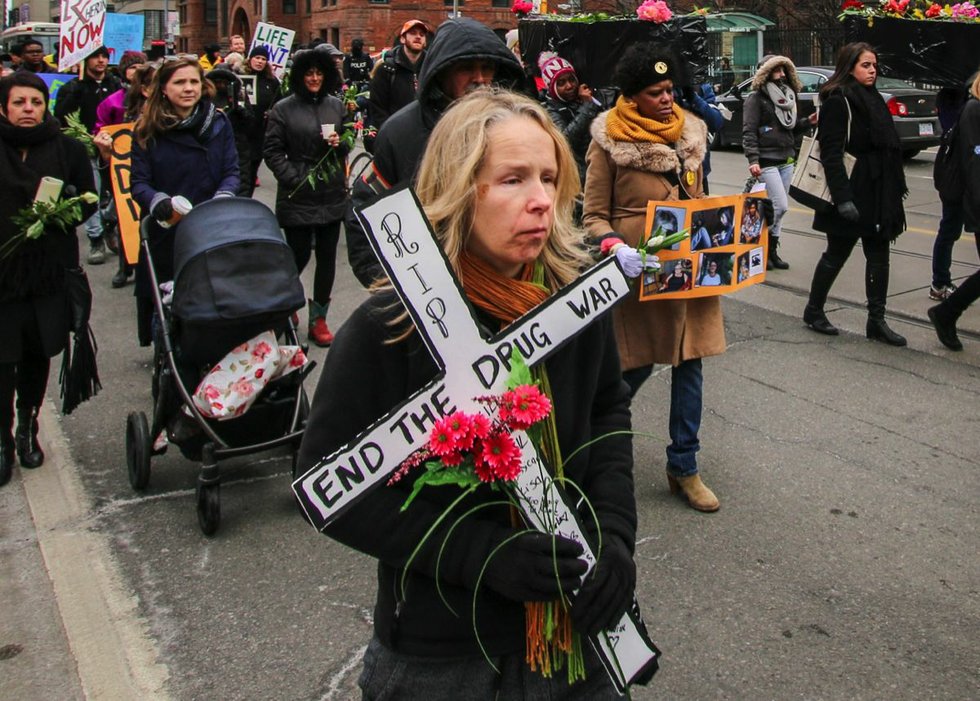 After a series of deaths at the end of July – the police were reporting five deaths, but we knew the real number was closer to 12 – and after a meeting with the mayor, the Toronto Harm Reduction Alliance pitched a tent in Moss Park and set up the city’s first overdose prevention site. After negotiating with police for two hours we were given the green light to stay. We never expected to be there this long, nor did we expect this site to become a central point of advocacy. But we did know that we could prevent deaths and save lives. To date we have reversed 121 overdoses.

The Moss Park site, which we refer to as “The Tent,” operates six hours a day and relies on 170 volunteers and community donations for support, including from CUPE Ontario, which helped us acquire the heated trailer we now operate out of to get us through the winter. It is an example of what decriminalization looks like. We have relied heavily on community donations. More than $50,000 has been contributed by people who have been affected by loss, from unions, marijuana dispensaries, arena hockey leagues, politicians, and artists and musicians, among others.

Our relentless advocacy forced politicians out of their offices and into the park. Mayor Tory, Premier Kathleen Wynne, Minister Hoskins and provincial NDP leader Andrea Horwath have all visited the site and spent time learning about the crisis. They heard from people begging for their lives and watched people inject. We have also been publicly supported by councillors Joe Mihevc and Joe Cressy.

We are still operating as volunteers. The site represents mutual aid, community, how to take care of each other, how to respond in a crisis. We have trained workers who had no previous experience. We have dedicated our lives over the last months fighting, struggling, advocating. And we promised the people who use drugs we would not abandon them.

It is time for the government to start the process of dismantling the war on drugs apparatus. We need police to stop coming along on overdose calls so people feel safe to call 911, we need access to a non-toxic drug supply, detox and other treatment options in a timely manner. We need to get at the issues that create vulnerability in people’s lives: prison, criminalization, poverty, transphobia, homophobia, displacement through gentrification, income inequality and racism.

I want to thank everyone who has donated money, food, water, warm clothes, coffee, the people who had our backs, who helped us get naloxone, drug users who have shared their stories to promote change, all the volunteers, elders who have taken care of us, the community in Moss Park for trusting us, and organizations who have supported us “breaking the rules.”

We have been able to do this work through collective action. We can’t bring back those who’ve died. I think about this every day. But overdose death is preventable. And we’re still in the park. 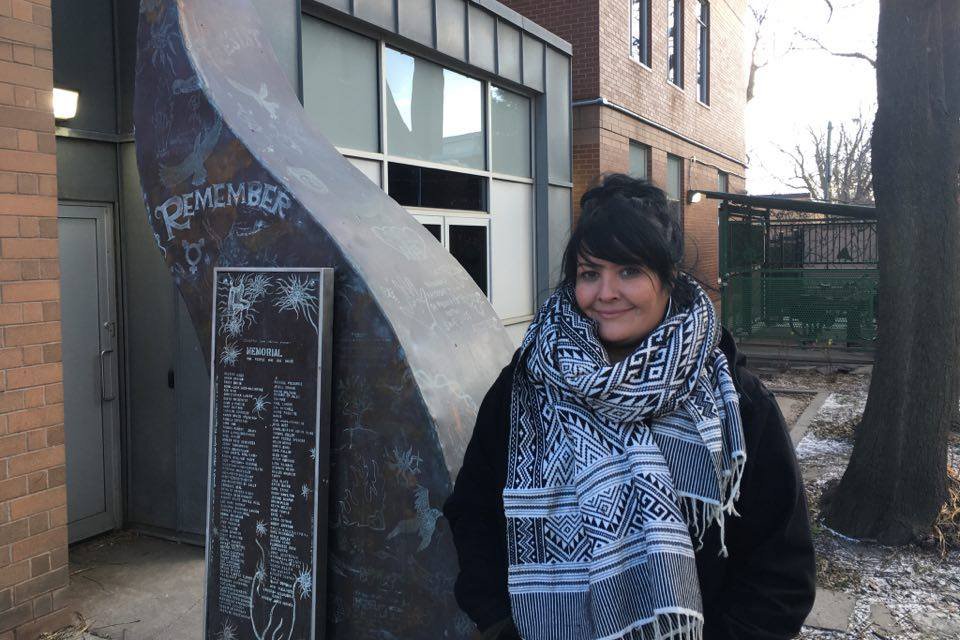 Zoë Dodd is a member of the Toronto Harm Reduction Alliance and the Toronto Overdose Prevention Society.