Our Need For Convenience

Rating: NNNNNThese days our city sidewalks remind us all how good we once had it -- kind of like.

These days our city sidewalks remind us all how good we once had it — kind of like looking at tap water after Walkerton. Heaps of black garbage bags stink up the streets, and we shake our heads, alarmed by their sudden presence. It’s not our mess, we think, even if we did make it.

Instead, the mess seems to belong to the 6,800 city workers who are supposed to be carrying it away. They’re responsible for ensuring that we live in a clean city, one where garbage doesn’t cancel Canada Day events or sully our tourist-friendly rep.

Who are these people anyway? The nerve! They’re making us suffer, all for the sake of a few stubborn cents and some foggy guarantee of a lifelong job.

Nowhere does our lack of civic responsibility seem so glaringly apparent as in the midst of a garbage strike.

Our North American need for convenience and state-controlled cleanliness masks the much less obvious stench from City Hall.

The image being painted by our politicos is of a bunch of middle-aged, beer-swigging, ball-cap- wearing workers insisting they be allowed to sit on their laurels in air-conditioned garbage trucks for the rest of their lives.

The reality is that this garbage strike is one version of a global issue that many have been protesting regularly at G8 and WTO meetings: the privatization of public services.

All we have to do is look at the privatizing of hydro in California, water in Britain — and Walkerton — to see where that will take us.

But still, I hear even the liberal-minded among us complaining about the strikers on the line, wishing they’d get back to work, all seeming to support Ernie Eves’s promise to legislate the union back to work.

No one in Walkerton wanted a preventable epidemic, and we don’t want one here.

But neither do we want Toronto to look like this in years to come due to deregulated garbage pickup and people who don’t care. 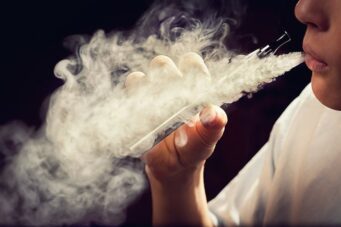