From a Uruguayan YouTube video to movie business buzz 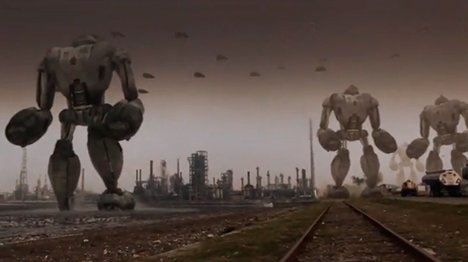 How do you turn $300 into $30 million? No, you don’t bet on the Leafs to win the Cup. But you can do what Uruguayan producer Fede Alvarez did – upload a sci-fi short to YouTube (budget: $300) and then revel in the bidding war for his first feature flick (Hollywood payout: $300 million).

Alvarez’s “Ataque de Panico!” (Panic Attack) riffs off the alien-attack genre, telling us a wordless story about robots attacking the Uruguay capital. For such a tight budget his special effects are spectacular. The giant robots lumbering toward Montevideo carry a quiet horror, and once the carnage begins you forget you’re watching a vid on YouTube and wonder when this will arrive on DVD.

Sam Raimi’s Ghost House Pictures signed a seven-figure deal with Alvarez to get him to direct a feature-length film, but no word yet on whether the film will be based on Panic Attack.

We shouldn’t be surprised to see Ghost House spend so much dough on an unknown director.

Look at how Peter Jackson invested time to mentor Neil Blomkamp for District 9.

Consider 2009’s Paranormal Activity and how director Oren Peli made the ghost story for only $15,000 and it’s so far raked in $107 million domestic.

The bidding war over Alvarez is a sign the Hollywood suits aren’t always betting on a James Cameron or Clint Eastwood. Sometimes, the little guy can topple a Goliath. We’ll have to wait and see if Alvarez can pull through under enormous pressure and create a winning film.[rssbreak]