After failed mediation attempt, a public meeting has been scheduled for February 22 as part of an effort to organize rent strike of tenants in other MetCap-owned buildings 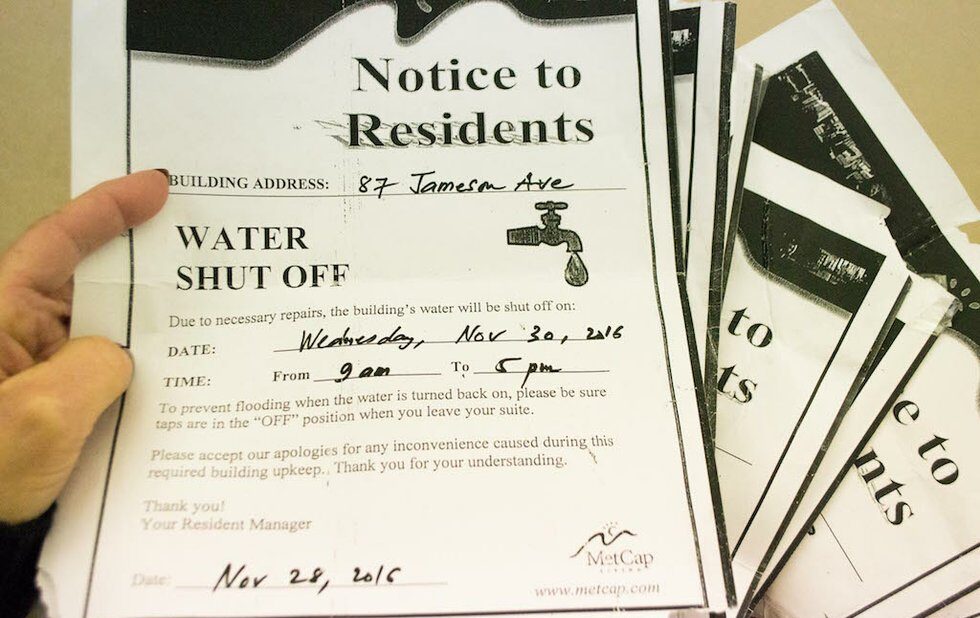 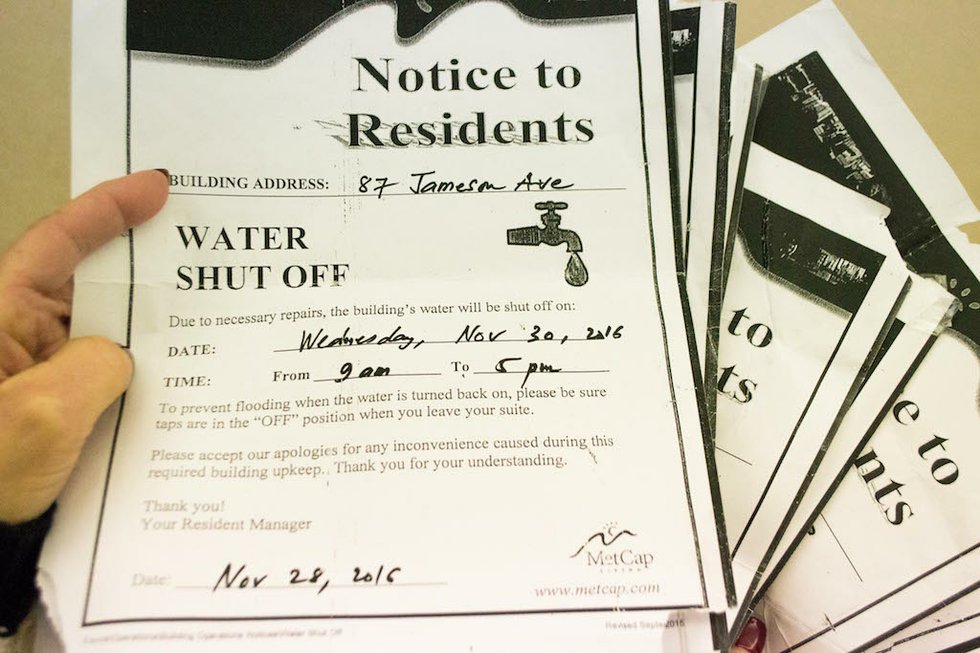 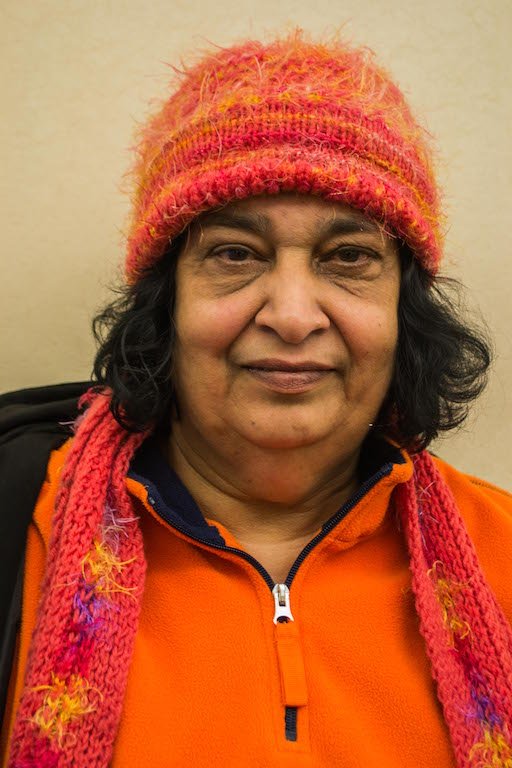 Although she’s been living at 87 Jameson since 1977, Rajaram isn’t even sure what days she’ll have running water.

“I work nights, and when I come home sometimes I don’t have water. I have to buy bottled water to wash my mouth,” says Rajaram, 63.

Last Wednesday, February 8, Rajaram rallied with fellow residents outside the offices of the Landlord and Tenant Board on St. Clair East to protest a request by apartment manager MetCap Living Management Inc. to raise rents 3 per cent above the 2 per cent allowed by provincial guidelines for each of the next three years. The company says the increases are to cover the cost of balcony renovations as well as upgrades to the building’s boiler room and garage at the 91-unit building.

But tenants say the proposed increases would hike their rents (currently about $1,000 a month) by several hundred dollars a year, which is simply unaffordable – and unfair given MetCap’s refusal to undertake long overdue repairs, including to properly heat the building in winter or deal with ongoing pest control problems. The tenants, who have since February 1 refused to pay rent, describe a climate of disrespect for them from building management.

Rajaram says her battle for sufficient heating sometimes involves having to block the cold air getting into her unit through cracks with tape or clothes. “When it’s freezing, we have to call the city, but then it gets turned off again. When it’s -20°C outside it’s freezing inside.

“I’ve had many different landlords,” says Rajaram, “but this is the worst.”

Sebastienne Incorvaia, who’s lived in the building for five years, showed me 16 water shutoff notices she’s collected in the last two years, 12 of which MetCap wasn’t able to account for when asked for details by NOW.

“If I don’t wake up at 7 am, forget taking a shower or doing the dishes,” she says.

Tenants tell NOW about units with rats, cockroaches and bedbugs. And that repairs have been long delayed. They say MetCap refuses to make the building entrance and lobby elevators wheelchair-accessible, which is a major concern for the elderly and disabled in the building, many of whom are on some form of disability or old-age pension.

Pema Sechoe, a tenant for eight years, says her 84-year-old husband has trouble getting into the building because of steep front stairs and the absence of a ramp. She says wintertime is especially dangerous for tenants.

Cole Webber, a community legal worker at Parkdale Community Legal Services, describes the situation as a classic case of gentrification through the back door “by one of the biggest and worst landlords in Parkdale.” The aim is to push out the older residents.

“Tenants are saying that they’ve already paid for those renovations by paying the rent each month,” Webber adds.

Brent Merrill, president of MetCap, says renovations to the boilers and garage were required to ensure the safety of the 65-year-old building. He says MetCap received work orders from the city to repair the balconies in 2014. He says, “the above-guideline increase is for any capital work done on the balconies, which is what took place here.”

He insists the building is well maintained and that he’s received “only” 11 calls for service from residents at 87 Jameson since last June. He adds that an architect was hired by the company to look into accessibility concerns but determined they were “almost impossible” to accommodate.

Attempts by the two sides to mediate an agreement at Wednesday’s hearing proved fruitless.

But that hasn’t diminished the resolve of tenants. A public meeting has been scheduled for February 22 at 6:30 pm in the basement of the Parkdale Library as part of an effort to organize tenants in other MetCap-owned buildings.

Parkdale-High Park MPP Cheri DiNovo argues that the situation with 87 Jameson calls for the return of some form of rent control. “It is absolutely essential,” she says.