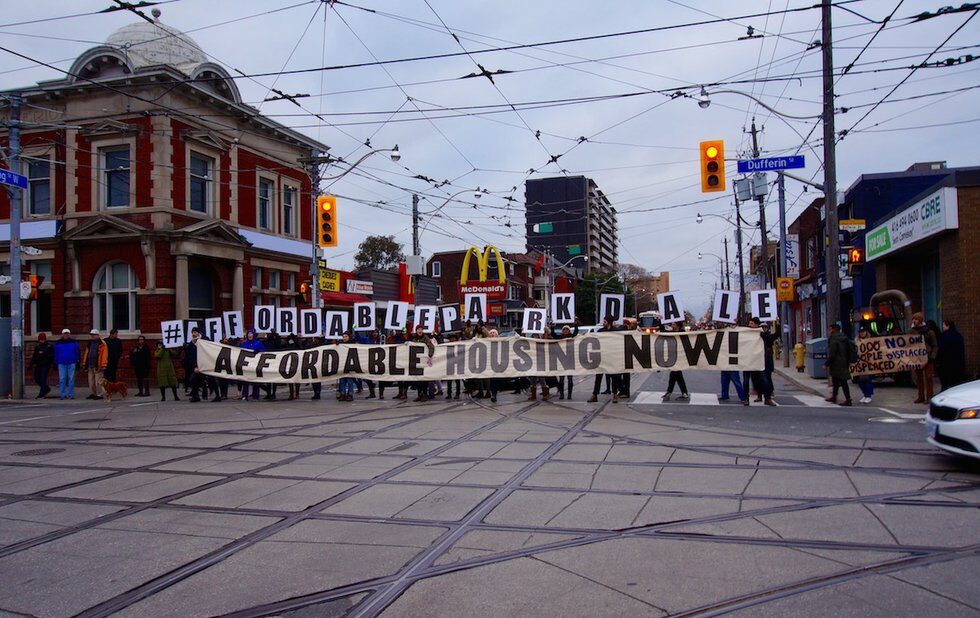 As landlords rapidly renovate rooming houses in Parkdale into high-end rentals, a proposal to give non-profits the chance to preserve some of the neighbourhood’s rapidly dwindling stock of affordable housing heads to city council next week.

“We are seeing rooming houses being converted into more upscale housing at an alarming rate,” says Parkdale councillor Gord Perks, who is pushing the creation of a $1.5-million fund that a non-profit could use to purchase and operate a Parkdale rooming house. His proposal won approval of the executive committee earlier this week.

“The problem is that neither the city nor the private market are building very much deeply affordable rental housing, so that means people who lose their homes in a rooming house either wind up in the city’s shelter system, maybe get lucky and find a place where someone else has moved, or they have to leave the city. These are unacceptable alternatives,” says Perks.

The $1.5-million fund for the pilot, which was seconded at committee by Councillor Ana Bailão, the city’s affordable housing advocate, has already been raised via Section 37 provisions in city zoning bylaws through which the city can negotiate with developers to secure money or community benefits in exchange for increases in density for their projects.

Under Perks’s plan, the non-profit chosen for the pilot would be responsible for locating a rooming house that’s either at-risk for redevelopment or is already vacant. They would also be in charge of renovations and operating the property.

“One of the problems we were having is that although we had the money, if a non-profit saw something on the market, by the time the city staff and council did all the approvals, the rooming house would be sold,” explains Perks. “This pilot simplifies the process.”

If council approves the pilot, city staff will put out a call for proposals.

Joshua Barndt, development coordinator for the Parkdale Neighbourhood Land Trust (PNLT), an organization which has been trying to save rooming houses from development, says the pilot is a necessary first step by the city to keep low-income tenants housed in gentrifying neighbourhoods like Parkdale.

“We need to invest in long-term, secure, affordable housing, and the only way to assure that is to bring that housing into non-profit ownership because a private owner at some point will retire and sell,” says Barndt.

In a study released last spring, the PNLT found that 59 rooming houses, which house around 820 people, are at risk of being converted in Parkdale. In the last 10 years, 28 rooming houses have been converted into higher-end rentals.

“Our analysis shows that it’s less expensive to acquire and renovate existing rooming houses than it is to develop new affordable housing,” says Barndt. “And Parkdale already has the services the community depends on, so we don’t have to invest in relocating those services to other neighbourhoods.”

The loss of rooming houses is an issue that’s currently resonating through Parkdale. Over the past month, an anonymous group of Parkdale residents has launched a postering campaign calling out real estate agent Nick Brewerton for his involvement in the sale of multiple rooming houses and bachelorette buildings.

Perks says the campaign “is a symptom of how dire the problem is. This is just one of many different things that people in Parkdale are doing to try to stop this crisis from getting worse.” Other tenants in the neighbourhood have initiated rent strikes to protest gentrification in the neighbourhood.

Since the launch of the postering campaign, Barndt says he’s noticed more rooming house tenants sharing their experiences and coming up with tactics to support each other. He hopes the real estate industry notices the campaign, too.

“No one person is to blame, but as a society we need to reflect on how each of us are contributing to the changing city. I hope the real estate sector will think critically about the role they play in gentrification,” says Barndt. In the future, Barndt, who says the loss of rooming houses can be directly linked to the increase in homelessness in Toronto, would like to see the proposed pilot project become a permanent funding program that could be expanded city-wide. Similar initiatives already exist in cities with their own housing crises, like Vancouver and San Francisco.

“We’re seeing shelters exploding at the seams and bigger lines at food banks and drop-in meal programs,” says Barndt. “Rooming houses have been at risk for so long, but I think we’re at this exciting moment where the city is taking responsibility and making an investment.”