Can the children of Parkland save America from gun violence?

The NRA wants the controversy over the Parkland shooting massacre to die, but the students of Marjory Stoneman Douglas High School won’t let the fire out – they've found their Vietnam 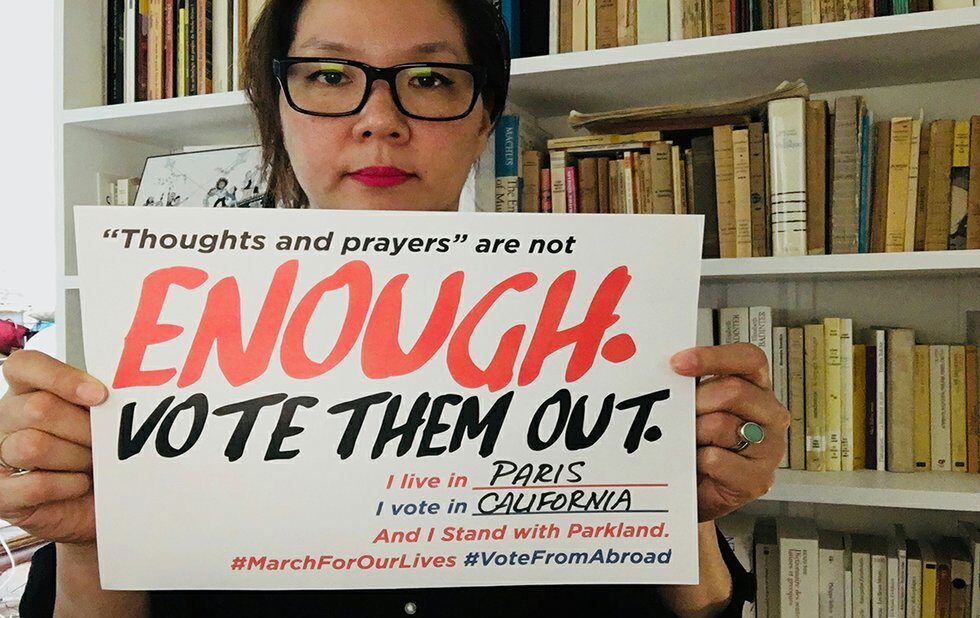 On the morning of Tuesday, May 5, 1970, I walked up the steps of the administration building at York University and shook hands with Andreas Papandreou, who would later become prime minister of Greece. He was teaching economics there at the time.

“America has crossed its Rubicon,” he told me.

He was referring to what had happened the day before at Kent State University, where the Ohio National Guard shot and killed four students and wounded nine others. Some 600 students had been protesting all weekend against the war in Vietnam, specifically the recent bombing of Cambodia.

I was a young reporter at the Globe and Mail working on a story on Papandreou. As the youngest member of the editorial department, the high foreheads at the newspaper assumed I would be ideal to cover the burgeoning youth movement: hippies, draft dodgers, peaceniks, love-ins, underground newspapers, Woodstock. Neil Young reacted to the Kent State shooting by writing the protest song Ohio in an afternoon (“Four dead in O-HI-O”). It was recorded by Crosby, Stills, Nash & Young and Stephen Stills found it so moving he collapsed in tears after the session.

Papandreou was right. The Kent State massacre was America’s Rubicon. It sparked and fuelled such outrage against the war in Vietnam that the great American misadventure ended five years later in a humiliating defeat by ragtag soldiers from the North who invaded Saigon and chased the Americans out of the country.

This is 2018 and we are witnessing America crossing another Rubicon, this time sparked by a massacre in Florida, at the Marjory Stoneman Douglas High School in suburban Parkland on the outskirts of Miami. A 19-year-old brought an AR-15 semi-automatic rifle to the school and killed 17 people – 14 students and three staffers. It happened on Valentine’s Day, the day of love.

The last godawful shooting massacre in America that involved a school was six years earlier at Sandy Hook Elementary School in Newtown, Connecticut. The shooter killed 20 children between six and seven years of age and six adults.

As horrendous as it was, some gun lovers tried to deflect calls for more gun control by initially suggesting the murders were carried out by people trying to discredit the National Rifle Association (NRA). Others called it a fake massacre aimed at taking away the Second Amendment rights of Americans to bear arms.

The students of Marjory Stoneman Douglas aren’t as young as the victims of Sandy Hook. They’ve organized themselves to oppose the NRA, travelling to Tallahassee, Florida’s state capital, to protest against the massacre at their school, pressuring the state’s governor, Rick Scott, into signing new gun control legislation raising the minimum age to bear arms to 21 from 18.

The students’ anger and energy is spreading. They are planning a March for Our Lives in Washington, DC, for Saturday, March 24.

These are 16-, 17- and 18-year-olds. They are the ones with the passion and idealism to start movements, make change and end wars, like what happened 50 years ago.

“The adults aren’t cutting it any more,” said Stephen Colbert, one of many talk-show hosts who have been outspoken on the gun insanity in America.

“It’s often the young people who get it right,” added former news anchor Dan Rather.

The NRA’s strategy in the past has been to stand back and let the fire die out. This time the students of Marjory Stoneman Douglas High School won’t let the fire die. Seems they have found another Vietnam.