Our image was at stake during these Olympics, and we came across as hyper-nationalist yahoos 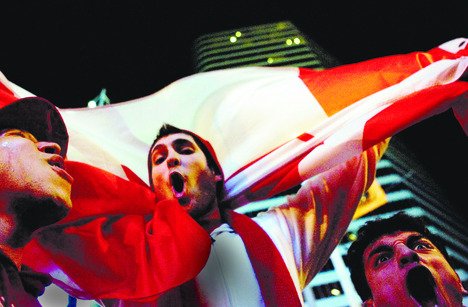 I’m so glad it’s over. i’d wrestled with my ambivalent relationship to the Olympic Games, and by the time that moose floated through the sky last Sunday, the hate definitely had the love pinned to the ground.

I’m down with the concept of athletic excellence. I do love those bodies, and trust me, I’m as competitive as the next person. Sports action makes the best television – urgent, exciting, unpredictable.

And who can dis young athletes who make a mammoth commitment, identify a goal and try to achieve it? They’re a lot like classical musicians who train and practise 10 hours a day to be the best. But does anybody care if Yo-Yo Ma is an American? Sure, I was moved by skater Joannie Rochette’s courage, but I also went wild for Yankee Shaun White’s awesome performance on the half-pipe. Why does athletic excellence have to be pinned to a flag?

All those rabid group-think pro-Canada histrionics, far from inspiring me, fill me with dread. Where does pumped-up patriotism lead anyway? And which Canada was I supposed to be cheering for? Our brand… sorry, I mean our image was at stake here, and we came across as hyper-?nationalist yahoos who like to party in the streets and toot our own horn.

The closing ceremonies did no better than the opening at displaying the culture of our two official languages, but, hey, the joke’s on the organizers, since – not counting the hockey teams – Quebecois athletes took home half Canada’s golden haul.

The Canada I care about is sophisticated, and its biggest city, Toronto, is one of the most diverse on the planet. I don’t care how many people of colour were cheering when Sidney Crosby scored in overtime. Never has this country looked so hopelessly white.

Except for the presence of the First Nations chiefs, who seemed perilously close to token, and k-?os at the closing, from the official ceremonies through the nightly concerts at Whistler, we presented ourselves as a nation that favours Caucasians.

And it didn’t look good on us. To get another black music star, Whistler had to import Usher. Jully Black made an appearance, too, but beyond a precious few performers, it was mostly pigment-?challenged indie boy bands, Feist, Sarah McLachlan, pale aging rockers like the Guess Who, who were just awful (sad since Burton Cummings used to be one of the greatest rock singers around). And Great Big Sea? Don’t get me started.

There weren’t that many Canadian athletes of colour competing, true, but that’s not something we want to get used to.

I say disown the podium, or put the dough into programs that give every kid in every community a chance to excel. Head on over to our cash-?strapped City Hall or the school board to see what happens when we over-fund elite athletes and underfund sports and rec for everyone else.

As the crowds celebrated hockey gold at Yonge-Dundas Square, they chanted, “We have health care, we have health care.” Ironic, since everything about funding superstar athletes goes against the egalitarian principles that spawned Medicare.

I had tears in my eyes when I heard our national anthem ring out in BC Place, not out of national pride, but because God doesn’t keep our land glorious and free – our political commitment to equity does.

As for “all our sons command,” I’m not sure what that really means, but I know it doesn’t include me.