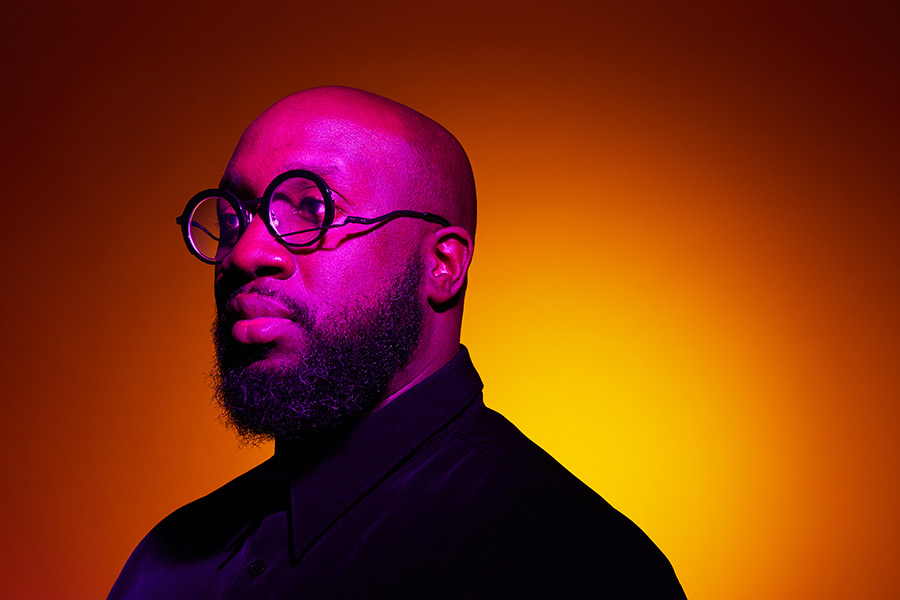 Paul Taylor is a man about town, embedded within many social justice communities but primarily focused on food security. As executive director of FoodShare, he leads city-wide initiatives that provide food insecure people with fresh produce, partner with school student nutrition programs and advocate for the right to food. Taylor is thinking about the immediate future following the fallout from the pandemic and he hopes we’ll see the conversation move beyond food banks to long-term policy change addressing human rights inequities.

“I’d like to see us genuinely commit to tackling anti-Black racism in all of our institutions. That’s number one.

Thoughts of the future obviously lead me to the justice system and the fact that we even use that language to describe what actually happens. I don’t think it’s justice for Black and Indigenous folks, all of the experiences: from carding, to arresting us, placing restrictions on our movement, putting us in prison – these are all examples of the ways the state has criminalized being Black or being Indigenous.

We need a radically different society that doesn’t have a need for a prison industrial complex or jails, prisons and detention centres. One that develops ways of caring and supporting one another that don’t involve tasers, guns and tear gas.

The health-care system shouldn’t be divorced from access to beautiful, fresh food. We have over five million Canadians that struggle with access to food and yet our governments don’t seem to connect health care and access to food.

How do we support people’s health from a much more holistic perspective and before they get sick? We need to prioritize access to the things that actually keep us healthy. We’re seeing food costs go up, especially fresh fruits and vegetables. We’ve made them commodities, which means we can only access them if we can afford them.

Food insecurity actually has very little to do with food. It’s about people not having enough money to buy the food they need.

People living in low-income communities are 2.4 times more likely to be hospitalized due to complications with illnesses like diabetes. And yet, the type of food made available to them through charity is high in carbohydrates, refined sugar and sodium. It’s not helpful food;  sometimes I don’t even want to call it food, it’s more like food-like substances. We are fooling people and telling them that they’re being fed when really they’re not getting any nutrients.

That’s a really worrisome trend and I worry that, like in the 80s with food banks, these community-based interventions will become part of the everyday landscape and we’ll lose our ability to hold the government to account.

Governments have access to data collection methods and the resources to address these issues in thoughtful, structural and systemic ways; but they love to point to the charities – we’re mindful of politicians trying to do that with FoodShare. Although we’re doing work investing in under-resourced communities, we do not have the capacity to end food insecurity or poverty – those are income issues. We are over-relying on charities to do the heavy lifting of tackling food insecurity and poverty.

The community fridges, People’s Pantry and Uplift Kitchen are community-based interventions talking about race, colonialism and structural injustices. I’m hopeful that they, unlike our governments, recognize the race-based inequities around food access. They’re not only prioritizing and promoting these initiatives in BIPOC communities but they’re also animating really important conversations about the systems and structures that cause those inequities.

One of the biggest post-COVID stimulus investments should be a guaranteed livable income. Also, building more affordable housing, introducing pharmacare and childcare, is what will put more food on people’s plates.