He's a man in a hurry but for a growing number of hardcore conservatives upset by his handling of candidate nominations in the lead up to the 2018 election, Brown deserves to lose more than Wynne deserves to win 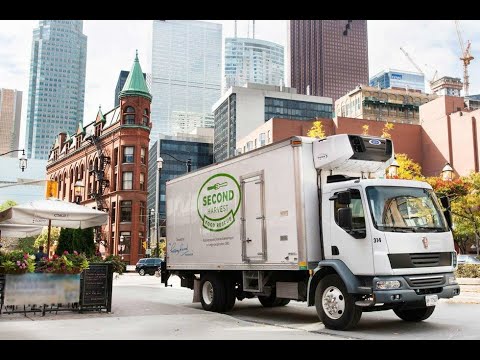 The next Ontario election is less than a year away, and Progressive Conservative Party of Ontario (PCPO) leader Patrick Brown should be a shoo-in for Premier by most media accounts.

Brown has worked tirelessly to paint his party’s conservative blue in progressive shades of pro-gay pink and eco-friendly green.

As those new TV ads featuring Brown tell us, the new PCPO embrace ethnic minorities and are sympathetic to climate change concerns. The Tories don’t care who you are, who you love or who you worship.

But the PCs’ new hue seems less a reflection of the rest of Brown’s party, which has resulted in a summer of backbiting and internal fighting for the provincial Tories, including the resignations en masse of the executives of three riding associations.

In the newly redistributed Ottawa riding of Carleton, backlash over the nomination of trade lawyer Goldie Ghamari recently spilled into public view in the form of an email from Nepean-Carleton MPP Lisa MacLeod to prominent party supporters and fundraiser.

Ghamari would seem like just the sort of candidate the PCs are looking for to broaden the party’s base: young, accomplished and of Iranian descent.

But in her email, which ended up being leaked to the Ottawa Citizen, MacLeod takes issue with Ghamari’s selection, saying she would be a disaster, “not a suitable representative for my constituents,” in MacLeod’s words, even if she were elected. MacLeod’s belief in Ghamari’s unsuitability would appear to have something to do with Ghamari’s former Liberal party affiliation, not to mention her supposed anti-Christian and even pro-Islamist views.

“For 22 years [former MP] John Baird and I have kept Carleton deep Tory Blue and now that is at risk,” writes MacLeod, who used to represent part of the riding Ghamari is now running to represent. “I am gutted by what comes next in Carleton.”

MacLeod writes in her email that her campaign sign crew has quit over Ghamari’s nomination. Other constituents are reportedly calling her “in tears. Tories are looking for new parties in parts of the riding to support.”

MacLeod goes on to remind in her email that federal MP for the area, Pierre Poilievre, only narrowly won his seat in the last federal election. It’s an odd comparison, given that Poilievre, a former minister of families, children and social development under Harper, is best known for using foul language and making “unparliamentary” gestures in the House, and saying Indigenous peoples need to learn the value of hard work.

Callow and self-serving nature aside, it’s a damning note from one Conservative about another, made moreso by the fact it refers to a video made by the hysterical and offensively right-wing Rebel about Ghamari that allegedly points to her anti-Christian or even pro-Islamist views.

That a serious politician and her followers should be influenced by The Rebel says a great deal. To be sure, MacLeod is just the sort of right-winger the party needs to jettison if it is to appeal to the new Ontario.

An ambitious and mediocre politician, MacLeod was one of former leader Tim Hudak’s major operatives in Eastern Ontario. But when Brown took over he demoted her.

But the party splits go much deeper. There have been a number of nasty nomination contests between the candidates favoured by Brown and his people in Toronto, and others among the party’s hard right.

We saw it in Niagara West, where 19-year-old Sam Oosterhoff beat party president and Brown confidante Rick Dykstra to become the local candidate. Oosterhoff, who has intensely right-wing opinions about any number of issues, including gays and the province’s sex-ed curriculum, was the last person Brown wanted in his caucus.

But it’s not just politics. There’s also a personal aspect to the infighting.

Brown is a man in a hurry and he’s prepared to be tough with those resistant to change, which is what led to MPP Jack MacLaren defecting to the Trillium Party after he had embarrassed his leader publicly with remarks about French language rights, among other transgressions, and was forced to undergo sensitivity training. MacLaren, who was an early supporter of Brown’s leadership, incorrectly assumed he was covered after he was made Brown’s lieutenant over MacLeod in Eastern Ontario.

MacLaren’s departure has already led to problems for Brown but a greater challenge for the PC leader heading into campaign season is grassroots ambivalence.

Why, many members ask, does Brown have to march in Pride parades and spend so much time with ethnic groups? The former in particular is still a divisive issue in rural and suburban seats the party has to win if it is to form a government.

Various anti-leadership groups have popped up, such as I’m Out in Ottawa, which says it plans to target specific ridings in the next election “with the intention of having the conservative vote stay home and to make it harder for Patrick Brown to attract swing voters.” The view is that Brown is trying to fill seats, especially new ones, with his friends.

This appeared to be the case in Ottawa West-Nepean where Brown’s pal Karma Macgregor won the contest. Critics allege that there were 28 more ballots cast than there were people eligible to vote at one of the ballot boxes. Macgregor won by 15 votes.

Nomination battles in Newmarket-Aurora and Scarborough Centre – where the police had to be called – are examples of Brown’s clumsy and controlling intervention, prompting the executives of all three ridings to resign en masse in protest.

Brown has a right to reshape the party, perhaps even in his own image. But the party has moved further right since Mike Harris. And for a growing number of conservatives, Brown deserves to lose more than Wynne deserves to win.