Though Muslim students in Peel Region schools have prayed on Friday for 20 years, a board requirement that they use six pre-approved sermons only served to fuel an anti-Islamic campaign against religious accommodation 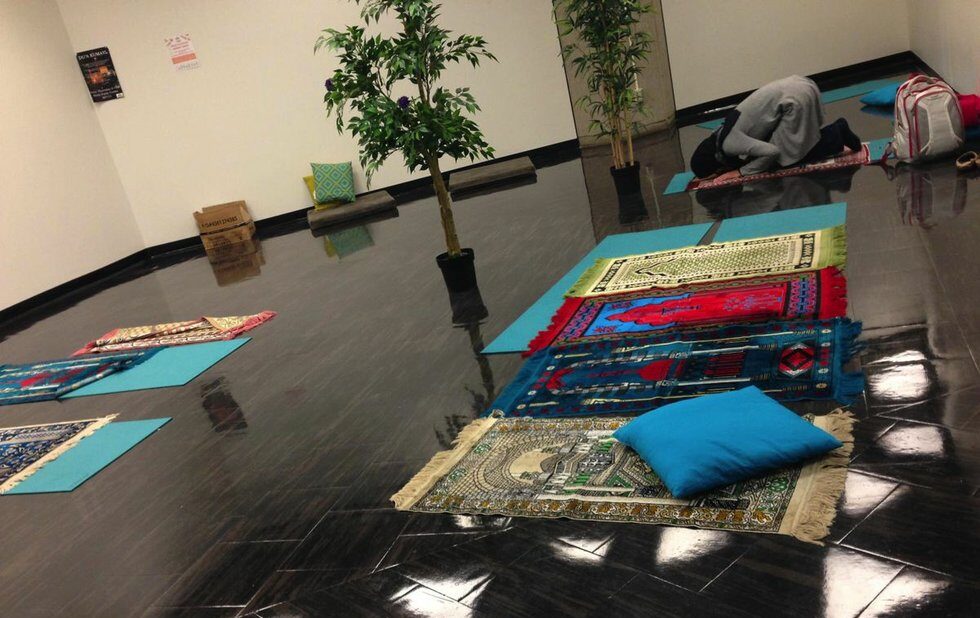 When I was in high school, part of my weekly routine involved leaving class early on Fridays to attend prayers. I would stop by the washroom to wash up and then head to an empty portable where I would join other Muslim students at my school. It took about 30 minutes out of my week. I didn’t think much about it until recently.

A firestorm has erupted at the Peel District School Board over the right of Muslim students to do what I took for granted 10 years ago: pray.

Students in Peel Region have been praying at their schools for almost 20 years. Then, last fall, the school board abruptly decided to require students to use six pre-approved sermons for Friday prayers instead of their own.

Working with members of the public, students got the board to reverse the policy earlier this year.

But the damage was done the unnecessary controversy put a more than decade-old policy allowing prayers in school back in the spotlight. And the board has been unprepared to deal with the fallout.

At a January meeting, discussion of the issue got so heated that the meeting had to be stopped to restore calm. One woman was forcibly removed by security, and multiple speakers, including from the anti-Muslim group Rise Canada, spoke of Islam in disparaging terms.

In recent weeks, groups like Religion out of Public Schools and Concerned Parents of Canada have marched to the Peel District School Board headquarters carrying placards and chanting slogans demanding “No religion in public schools.” And an online petition boasting 6,000-plus signatures has been circulated asking the school board to discontinue “religious congregations and faith-based clubs.”

Then, two weeks ago, pages from a Qu’ran were ripped up and thrown across the floor at the board’s regular monthly meeting. Despite the overt Islamophobic messaging, the groups deny that their campaign is targeting any one specific group, even while consistently failing to condemn the hate speech that has occurred around their campaign.

The argument that is typically employed by protesters is that religion does not belong in public schools, that accommodations for prayer take valuable time away from learning and, bizarrely, that it promotes division and segregation.

Canada is a secular but pluralistic society. This means that while the state does not enforce religion, it does not stand in the way of those who want to practise it.

Section 2 of the Canadian Charter Of Rights And Freedoms protects “freedom of religion.” If Muslim students – or any students, for that matter – want space to pray, schools cannot stand in the way of their right to practise their faith.

The Peel board has said as much. A fact sheet the board distributed to counter “deliberate misinformation” on prayers in school points out that it has a legal requirement under the Ontario Human Rights Code to provide religious accommodation.

This is different than the school mandating prayers for all students – religion is not being forced upon people here. The parents who oppose this policy have to be asked, why do they oppose something that does not affect their child? Why does it matter if another student is given the choice to pray?

As someone who prayed in high school, I can say with certainty that it did not take away from my learning experience, nor did it hamper the experience of my peers. You don’t have to take my word for it – it’s been Peel board policy for more than 15 years.

Prayer is a key pillar of the Islamic faith, and Muslims are expected to pray five times a day. Muslim students are not asking for this they are asking for 30 minutes once a week.

Critics of the policy also claim that allowing Muslim students to pray in school would open the door for all sorts of religious groups. So what? Christians are accommodated when schools are closed on Sundays, and school ends on Friday before the Jewish Sabbath begins there are many examples in our society of religious accommodation.

Even some of those protesting Peel’s policy agree that some accommodation is okay. One organizer of the march to PDSB headquarters publicly signed a petition calling for Diwali to be recognized as a national holiday. This is something we should all support, of course, but clearly, some accommodations are okay, while others are not.

While the Peel board is right to condemn these protesters, it should be recognized that the board helped spark this discussion in the first place by insisting Muslim students be given pre-written sermons. That has now morphed into a debate primarily motivated by distrust of Muslim students and the idea that they are susceptible to the forces of radicalization or, worse, part of an effort to enforce sharia law in schools.

Schools are places where students deserve to feel safe and accepted. They should feel free to be themselves and not have to run away from any part of their identity. Offering reasonable accommodation for religious practices is part of providing students with an environment where they feel comfortable enough to express themselves.

Campaigns like the one against Muslim prayer in Peel region are only attempting to hide their bigoted intentions.