Now that he has been eulogized, the question has to be asked: who benefits and who pays for the late Barrick Gold founder's mining wealth? 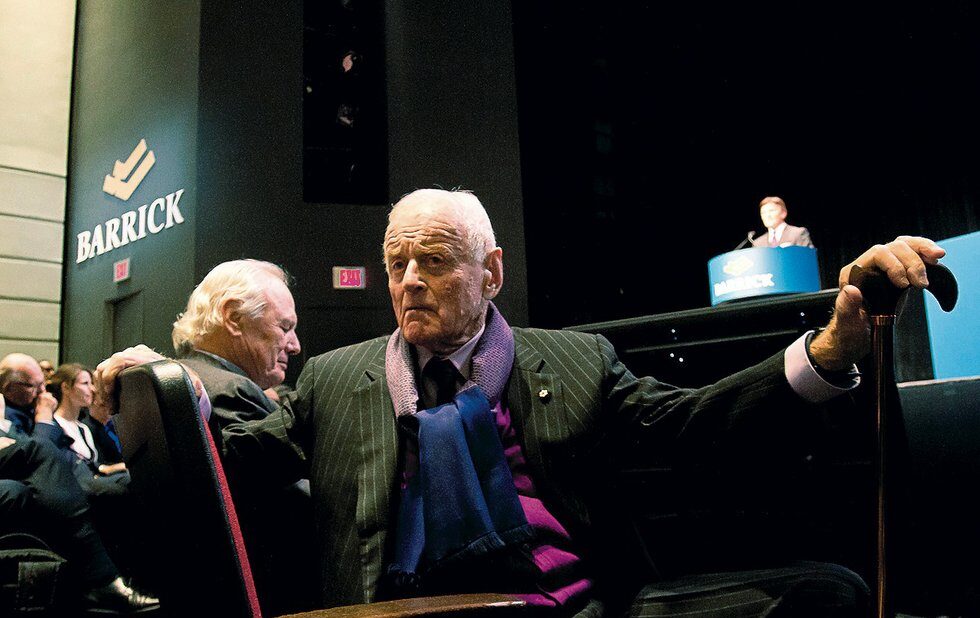 Barrick Gold founder Peter Munk was praised as a philanthropist in media tributes following his death March 28, despite leaving a tarnished legacy abroad.

Peter Munk’s death made headlines across Canada and front-page news here March 28. He was praised as a philanthropist and successful businessman who turned Barrick Gold into the biggest gold mining company on the planet.

But where are the eulogies for the victims of the primary source of Munk’s wealth: rural and largely Indigenous communities suffering next to his company’s giant mines?

Last August, another villager was allegedly shot and killed by security at Barrick subsidiary Acacia’s North Mara mine in Tanzania. The death, filed with the company’s grievance office on August 6, did not receive media mention in Canada. It was at the same mine that Emmanuel Magige was killed along with six others in a clash with Barrick security in 2011.

For most killed at this Barrick mine and other mines owned by the company, their deaths go unreported. A 2016 government inquiry revealed some 335 cases of abuse by Tanzanian police, including 65 deaths and 270 injuries since 2006 at North Mara. Local human rights monitors and opposition forces have put the number of deaths much higher, claiming more than 300 violent deaths at the mine since 1999.

Munk has contributed to hospitals here at home, and they have no doubt helped Canadians.

But considering that the only hospital in Porgera, Papua New Guinea – right next to another Barrick Gold mine where there has also been widespread allegations of rape by security guards – has been closed for two years due to lack of funds, it raises the question: who benefits and who pays for Munk’s mining wealth?

The CBC, Toronto Star and the Globe and Mail have all covered to one extent or another, the human rights abuse allegations against Barrick Gold, including widespread charges of sexual assault and killings abroad. Yet all wrote glowing tributes to him in death. All is forgiven.

It seems that the structures within Canadian society are well placed to allow unscrupulous businessmen to continue their plunder without social reprimand, except from those on the margins who are largely unseen by mainstream spotlights.

The cultural shift to end the most oppressive aspects of corporate colonialism still awaits its tipping point. Here’s to those who continue to push.