Forced to move out after their rent doubled, the popular Tibetan restaurant struggles to find a new home in Toronto 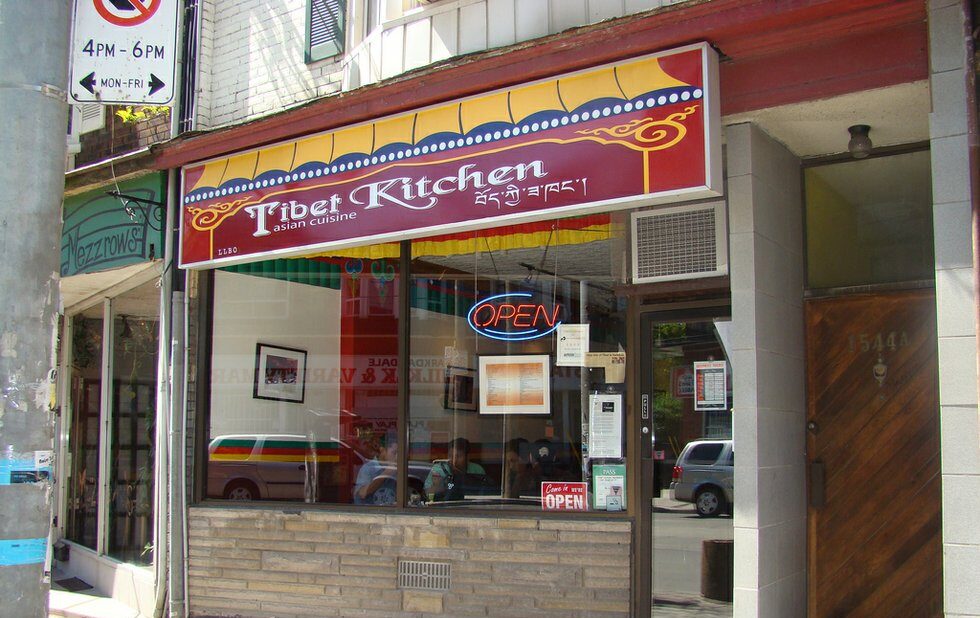 Popular Parkdale restaurant Tibet Kitchen is searching for a new location after their rent more than doubled.

After operating in Parkdale for more than a decade, beloved restaurant Tibet Kitchen is being forced to move after their rent on Queen West has more than doubled. It’s rumoured that a Pizza Hut is set to take over their old location.

While the owners have found a new unoccupied location a few storefronts over at 1558 Queen West, it currently isn’t licensed for food distribution and a local bylaw limiting the concentration of restaurants allowed on Queen West prevents it from acquiring the proper zoning.

An online petition is now calling on local councillor Gord Perks to make an exception to that bylaw and allow Tibet Kitchen to operate out of the new location.The bylaw was initially introduced in 2014 to combat the sudden inundation of rowdy restaurants and clubs along Queen West. By restricting the number of restaurants in certain areas of Queen West between Dufferin and Roncesvalles, the bylaw was designed to protect small businesses like Tibet Kitchen.

“While no one wants a neighbourhood that is overrun by clubs and bars, this is an instance where the application of this bylaw limits the prosperity of a local entrepreneur, who has worked for years to build Parkdale’s community,” writes James Aufrict in the online petition. “A simple change of licensing ensures that a local entrepreneur is able to maintain his business, while reinforcing the community that makes me a proud resident of Parkdale.”

But according to Perks, changing the zoning isn’t simple, nor is it legal or ethical.

“I love Tibet Kitchen and I really want it to succeed, but stubbornly demanding that the city do something it can’t legally do isn’t going to solve the problem,” says Perks. “I share the frustration, believe me, I’ve banged my head on every conceivable pathway to try to help Tibet Kitchen, but there are limits to the law to whether or not you can do a special favour or bend the rules for just one business.”

Perks says that his staff have been working with the owner of Tibet Kitchen on a possible solution, which includes moving into a vacant restaurant or finding a location in an area of Queen West or King West that’s not already deemed too concentrated.

Some residents have suggested that the owners file an application to the Committee of Adjustment, which can approve altering or changing some zoning bylaws in specific circumstances.

But as Perks points out, the Committee only looks at what are considered “minor variances,” which are small changes like adjusting the percentage of green space required on a property lot.

Other residents have called out the many developers in Parkdale who circumvent zoning bylaws for their own projects. That unfortunately is a lengthy and expensive process that requires submitting a $10,000 application and requires a planning report, public meetings and city council approval, says Perks.

The author of the petition, James Aufricht, will be meeting with Perks next week to discuss potential solutions, and city staff is currently reviewing the restaurant bylaw and will submit their report later this year.

The addition of Pizza Hut in Parkdale isn’t just about another corporate pizza joint joining the neighbourhood (there’s already a Pizza Pizza a stone’s throw east on Queen West and a new Domino’s is slated for the intersection of King and Cowan). It speaks to the larger issue of gentrification in Parkdale, in which small businesses and long-time residents are being forced out due to rent increases.

Undeterred by Perks’ response, Aufricht is calling on community members and small businesses to voice their concerns to the councillor.

“We have a collective responsibility to maximize economic growth in our neighbourhood without eliminating the fundamental character that makes Parkdale a unique, close-knit community.”