NOW MagazineMusicPolaris Music Prize 2020: Backxwash’s victory is for the unapologetic

The Montreal horrorcore rapper won for her album God Has Nothing To Do With This Leave Him Out Of It, a perfect choice in a strange year 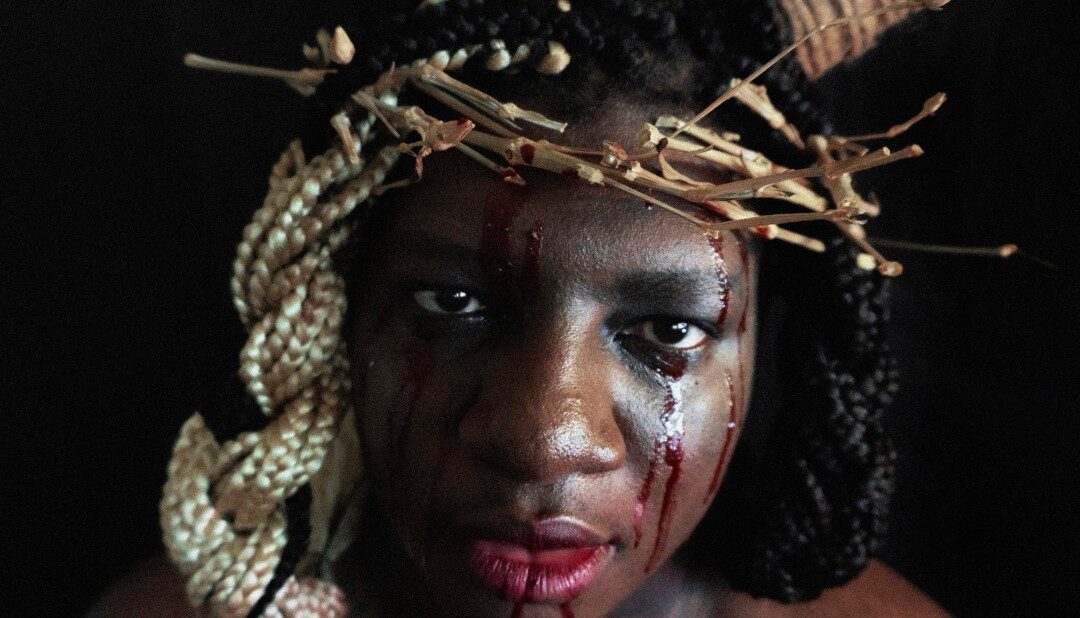 The Polaris Music Prize was a bit different this year.

The gala at the Carlu is usually the Super Bowl of schmoozing for Canadian music journalists. It’s a chance to put a blazer over our band tees and spit grilled cheese particles at each other while arguing over the ethics of sampling or gossiping about who’s recently been laid off. It’s also a chance to showcase a wide array of musical talent, taking stock of who’s shaping the Canadian music narrative at that particular moment. One artist goes home with $50,000 and their album given the title of best Canadian album of the year “based solely on artistic merit.”

This year, we had to watch it on a screen as the COVID-19 pandemic shifted the ceremony online. Instead of musical performances, the 10 shortlisted musicians teamed up with artists to create original short films representing their albums.

So in an already different-feeling Polaris year, it makes sense that the prize went to a totally unique artist: Backxwash. The Montreal rapper won for her excellent album God Has Nothing To Do With This Leave Him Out Of It. A gloriously left-field pick that perfectly fit the year. Here’s why.

Backxwash is fully herself

Nothing is normal about the current music scene. None of the rules apply anymore. There’s no touring, few concerts in general, promo schedules have been disrupted, funding eligibility has changed, the function of record labels has changed, the media has shifted. The Polaris was already designed to ignore all those factors, but it felt more wide open than ever this year – and the shortlist had no odds-on favourites. (The whole shortlist is here.)

It just feels right to give the award to Backxwash, an artist fully in her own lane. It’s safe to say there aren’t many other horrorcore rap albums this year about the meaning of forgiveness and the horrors of organized religion. It’s an album I dug into because of the Polaris Prize shortlist – then one I couldn’t stop playing on repeat.

In the post-award Zoom press conference, Backxwash (real name: Ashanti Mutinta) talked about how, after immigrating from Zambia to Canada, it was moving from British Columbia to Montreal that made her feel comfortable expressing herself, both from a musical and gender standpoint. (Backxwash is the first transgender artist to win the Polaris Prize). But she doesn’t feel like the Quebec hip-hop scene has embraced her.

Introducing his short film, Caribou’s Dan Snaith (nominated this year for his album Suddenly) talked about how winning in 2008 changed his conception of his own music. He realized that he was no longer a scrappy outsider, that he could make whatever strange music he cared about and still reach a wider audience.

Backxwash clearly didn’t make her album with awards in mind. But winning the prize taught her a similar lesson, one she shares with other artists coming up. “Unapologetically make the music you want to make,” she said. “Even if 10 or 20 people like it, it’s worth it.”

“This album is the most of myself I’ve been since I started living on this earth,” she continued. “This feels like the world telling me to be myself.

Backxwash and the value of sampling

If you’re looking for God Has Nothing To Do With This Leave Him Out Of It on Spotify or in record stores, you won’t find it. Unfortunately, Backxwash had to pull it down from streaming services because of issues clearing the samples.

None of the samples come from little-known songs. They brilliantly recontextualize the music of classic rock giants like Black Sabbath and Led Zeppelin, music she says was taboo when she was growing up as a Christian because it was considered “demonic.” They’re famous songs, and Backxwash makes them blister with horror (though Ozzy Osbourne screaming “oh no, please god help me” is already pretty chilling).

She chose not to re-record the songs and put them back up, and is instead offering the album for free on Bandcamp. But her win reopened a conversation about the way copyright laws often let major record labels hold back independent artists – especially racialized artists working in hip-hop, a genre written in a language of iconic samples. Michael Rancic dug into it for New Feeling, showing the ways sample clearance goes beyond paying songwriters for their work.

She will at least get a bump for her next album, a self-produced “horror anthology” which she says she’s working on for next summer. She might even use the money for some sample-clearing. She’s got her eye on The Litanies Of Satan by Diamanda Galás. Perfect choice.

A new conception of “Canadian” music

The Polaris Prize was criticized in its early years for mostly awarding indie rock artists. It took until Haviah Mighty last year for the first rap album (and the first Black woman) to win, and the diversity of the short lists is now such a given that it barely warrants mentioning. This year alone, you could hear songs in Spanish (Lido Pimienta), Tagalog (Pantayo), Cree (nêhiyawak) and Tigrinya (Witch Prophet).

The prize has widened the scope of what it awards as “Canadian music,” reflecting the many cultural experiences of people who live here. Lido Pimienta focused on that in her filmed performance from her album Miss Colombia, talking about the sense of longing for her country of origin that she feels as an immigrant, but with the sense of not belonging there anymore while also not feeling fully embraced in the country she calls home. She finds beauty in that duality.

Witch Prophet, whose jazzy and soulful album DNA Activation plays on her Eritrean heritage, said something similar in her short film. “We carry our ancestors with every step we take.” And Pantayo combine traditional kulintang music from the Philippines with R&B and punk, and you could see and hear it all in the film made by Tricia Hagoriles.

There’s a vibrancy to the range of music being made here, and it’s great to see it reflected now year after year.

Though I can’t help but miss the experience of convening at the Carlu, Polaris did a good job of working within its limitations. It was faster and breezier than any other year, and the short films added another layer.

Narcy’s piece for Junia-T’s Studio Monk played on the idea of community policing. Alicia K. Harris gave us a beautifully lyrical meditation on tragic romance for Jessie Reyez’s When Love Came To Kill Us. And Backxwash’s film with her collaborator Chachi Revah brought out the extreme horror of bloody Christian iconography. Perfect for Halloween.

U.S. Girls’ Meg Remy worked with Norah Sadava and Colin Medley on a 16mm film based on her song Woodstock ’99, which is about watching a music festival on a screen. Couldn’t have been better suited, and seeing Remy transform back into her teenage self was fun.

It’s a shame we won’t get to see Backxwash play her songs live in person anytime soon, but it doesn’t hurt that she’s very online. (She and her collaborator Revah even showed up at an intimate Zoom after-party thrown by local art collective Posi Vibez.)

If anyone can make this moment work for them, it’s Backxwash.