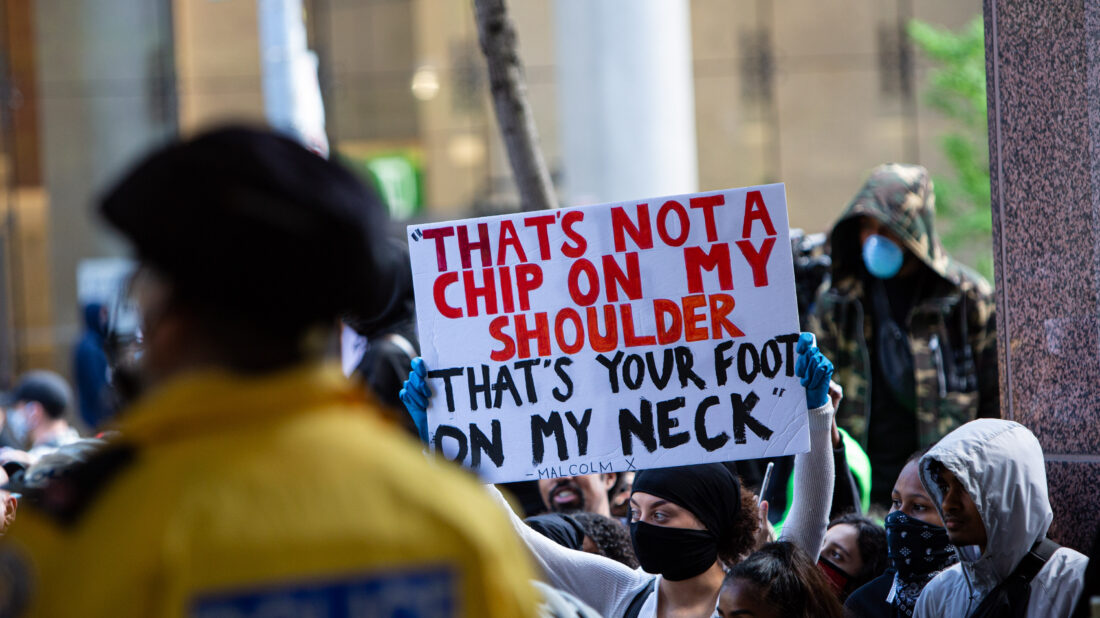 The Toronto Police Services Board held the first of four virtual town hall meetings on Thursday to discuss the future of policing in Toronto.

And while the meeting was highly anticipated, there were more awkward moments than pointed ones.

After city council’s rejection two weeks ago of a motion to “defund” the $1 billion-plus police budget by 10 per cent, some speakers questioned whether the town hall was just a political exercise.

Board chair Jim Hart’s land acknowledgement to begin the proceedings was a nice idea. Except, Hart kinda mangled the pronunciation of the First Nations he was acknowledging.

Hart’s opening remarks also touched upon the debates on policing sparked globally by the police choking death of George Floyd stateside and locally by the police-custody death in May of Regis Korchinski-Paquet.

But Hart was called out by one speaker for neglecting to mention the deaths of Andrew Loku and Sammy Yatim or recent guilty finding against Toronto police officer Michael Theriault in the beating of Dafonte Miller in his list of seminal moments on policing in Toronto.

The first speaker, Cheryl Yarek, called in to announce her support for Toronto police. She said she had been helped by police during what she described as a marijuana-induced psychosis that she experienced back in 1984. It felt like a put-on for a meeting called to discuss transforming the way Toronto does policing, at least to those commenting on the proceedings on the live thread online.

Some 45 members of the public had signed up to speak during the morning session Thursday. But many of them did not end up calling in.

The meeting was paused to try and get that sorted. It was thought that technical difficulties were to blame. After a break, the meeting was reconvened. A couple of more speakers made submissions before the meeting was abruptly ended again at 10:45 am until 1:30 pm.

It was an unexpected turn of events. After all, the Board had added three more town hall meetings to meet overwhelming public demand.

Hart reported after the lunch break that the no-shows had been contacted. And that the reasons for their absence had nothing to do with technical issues. It’s a sensitive matter for the Board, whose regularly monthly meeting on June 19 was beset with technical issues leaving many speakers without an opportunity to make submissions.

Meanwhile, three of the Board’s seven members were also no-shows for the afternoon session.

Some speakers advocating for the defunding of the police argued that the mostly white racial make-up of the city council and the Board is an impediment to real change because they can’t understand the fear Black, Indigenous and people of colour live with every day of being stopped by police.

Fear of police was also a theme for those working with people with mental health issues.

Cybele Sack said people with family members who may be experiencing mental health issues are afraid to call 911 because police may make the situation worse. She advocated not sending police at all to such calls.

“When we send police to mental health calls we criminalize disability,” she said.

Towards the goal of abolition

While the emphasis on defunding police has taken up much of the media spotlight, “demilitarizing” and disarming the police was another theme that kept coming up during the town hall.

“We already know the numbers,” offered one speaker. “Police are not interested in change.”

This speaker offered Board members a lesson in the idea behind the movement to “defund” police. He said that it sounds like a radical idea, but reform hasn’t worked. That’s why groups like Black Lives Matter–Toronto, are advocating for the dismantling of current systems.

“We’re not calling for the police to be better managed. We want them to be defunded so that they will be unable to kill Black people.”

Some speakers recounted encounters with police. And noted that, even in cases where police behaved badly, they’re suspended with pay. And that the complaints process is often drawn out for years only for police to get off lightly in the end.

“The culture in policing is to protect each other rather than challenging people to do better,” said Tiffany Wu.

John Cartwright, of the Toronto and York Region Labour Council, said police use of force training and discipline systems in place now should be reviewed to ensure “there are consequences for people who do wrong.”

Racism from within and without

Jacqueline Edward of the Association of Black Law Enforcers, which represents police and corrections officers, called for police departments to encourage Black officers within their ranks to call out racism when they see it.

On those rare occasions that officers have spoken out, Edward says, they’re rarely supported.

She suggested that the new chief of Toronto police should be given “clear direction” by the Board on the issues of racism affecting Black communities.