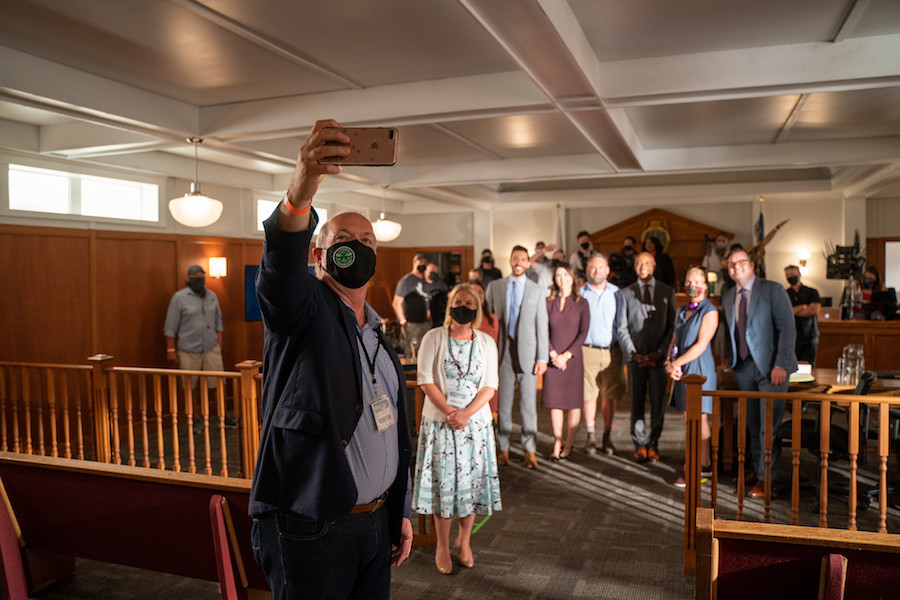 The political world is in overdrive. With Hollywood delaying the release of many films due to the pandemic, the highest-stakes drama on display today is watching world political leaders scramble to react to the unprecedented challenge of COVID-19.

Every person around the world has been affected by government policy during the pandemic, but this is the first time many people are realizing just how big a role our elected representatives and government bureaucrats play in our lives. So now we’re paying attention.

Progressives are very excited to see Prime Minister Jacinda Ardern elected for a second term in a landslide victory in New Zealand. Political junkies are also well aware of developments in Latin America where the leftist MAS movement scored a significant election result in Bolivia. And then there’s the unavoidable spectacle of the Trump-Biden circus down south.

But Canada has seen some unexpected political tremors during the pandemic. Prime Minister Justin Trudeau’s decision to prorogue parliament after Finance Minister Bill Morneau’s resignation essentially erased all pending legislation and forced a restart of the spring legislative session.

This week, the minority Liberal government threatened to go to the polls over a Conservative Party motion to restart committee hearings looking into the WE charity scandal. An election was averted after the NDP joined Liberal MPs in voting against the Conservative motion. It’s the second time the NDP voted to support the Liberal government in recent weeks after negotiating an extension of the Canada Emergency Response Benefit and mandating two weeks of paid sick leave.

The pandemic has also sparked early elections in several provinces. British Columbians headed to the polls on Saturday, October 24, one year earlier than planned. And instead of dropping the writ as planned in 2022, New Brunswick held an election in September. In Ontario, meanwhile, Doug Ford’s PCs seem to be preparing for a spring vote.

What is going on? Why would a governing party risk an election during a pandemic and losing seats? Two words: crisis bumps.

Political leaders in Canada have seen their approval ratings rise in midst of the coronavirus crisis. While sometimes this is due to direct policy action, it is more often explained by the “rally around the flag” effect that occurs in times of crisis.

The nervous anxiety felt by citizens is that a crisis is not the time for partisan conflict.

Former President George W. Bush is the most obvious historical example. His approval rating was hovering around 40 per cent until the September 11 terrorist attacks, when it shot up to an incredible 90 per cent. The Iraq War, now widely viewed as a foreign policy disaster, also saw Bush receive a significant jump in his domestic approval rating as he ordered bombs to rain down in a foreign country.

The COVID-19 pandemic is not much different. It has inflated the approval ratings of many leaders. But what goes up must come down. People’s newfound or renewed patriotism will wear down. The voices of opposition parties and critics of the government who were initially drowned out by the mayhem are getting louder as inevitable gaps in government policies are slowly revealed and fatigue over COVID restrictions begin to set in.

There is a rough road ahead and political leaders know this. This global event is going to change the world completely – it already has. Our entire economy, and understanding of social supports will need to be redesigned. Not since the Great Depression and World Wars has there been a global event that will challenge governments and their citizens more.

Governments don’t want elections two years down the road when things could look far worse. Right now they have the goodwill of voters on their side. New Brunswick’s Premier Blaine Higgs won a majority. BC Premier John Horgan, who was initially criticized for his decision to call a snap election, also ended up with a majority.

Which brings us back to Ontario. Doug Ford’s majority government has been on a roller coaster ride in public approval since being elected in June 2018. Whether he was being booed at a Special Olympics Ceremony or the Toronto Raptors’ championship parade, it was clear Premier Ford’s attacks on everything from teachers’ unions, to the environment, to basically unleashing vengeance on the City of Toronto, was all coming back to bite him in opinion polls. There weren’t many other Canadian politicians with a worse reputation.

Yet as the first wave of the COVID-19 pandemic hit in May, Ontarians went from mostly disapproving of their premier (61 per cent had a negative impression of Ford) to a 66 per cent approval rating last month, according to an Angus Reid poll. It remains to be seen how long this higher approval rating will last as the government’s neglect of long-term care and concerns over Ford’s back-to-school plans continue to percolate.

Premier Ford did say that he wouldn’t call an early election, although it is worth noting that New Brunswick Premier Higgs also expressed doubts whether voters would want an election before calling one. Horgan actually had an agreement with the BC Green Party not to call an early election.

The signs of an election in Ontario are there – a campaign-style summer tour for the Premier and incumbent PC MPPs rushing to become nominated two years before the next scheduled election, not to mention an enthusiastic push for fundraising.

Calling a snap election during a pandemic is a high risk, high reward game. Leaders risk losing their government and being seen as opportunistic during a pandemic. But so far, their political calculation has been rewarded.