Island airport runway extension plans may be dead, but waterfront agency is suddenly flush after feds agree to hand over proceeds from $96 million sale of Port's Harbour Street headquarters 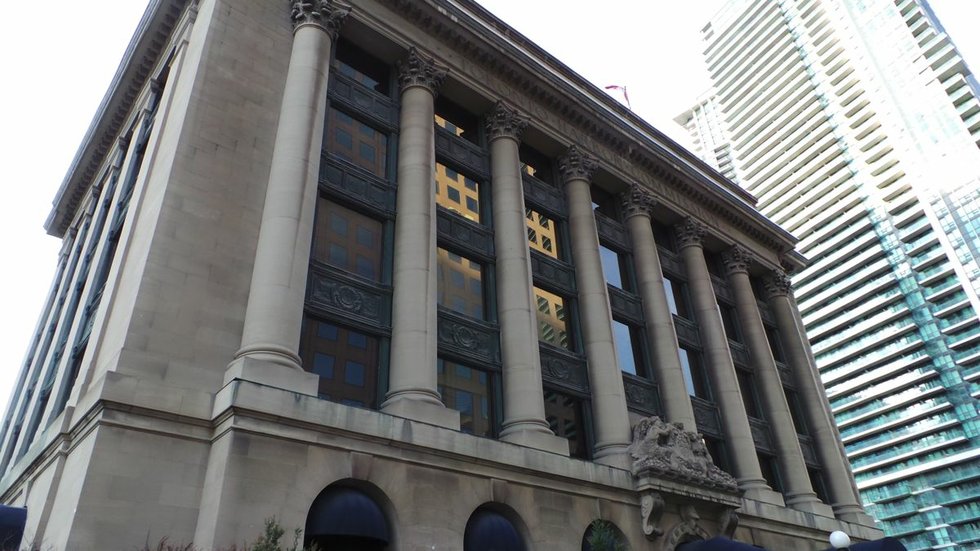 The bad boys of the waterfront at PortsToronto are at it again.

The federal agency announced May 1 that it had sold its headquarters on 1 hectare of property at 60 Harbour and a nearby parking lot, both of which had been public assets for a century, to Oxford Properties and the Canada Pension Plan Investment Board.

Proceeds of the sale, some $96 million, will go toward paying down debt and investing in infrastructure “such as the repair of aging dock walls and warehouse terminals,” among other projects.

The resulting outcry could be heard up and down the waterfront. Liberal MP Adam Vaughan had reportedly assured waterfront communities that Ports would not be allowed to pocket the money from the sale, which had long been rumoured.

Though he delivered on his promise to stop expansion of the runway at the Island airport, operated by Ports, shortly after the election, Vaughan has seemingly been rebuffed by his own party on the sale of the Harbour Commission building. Transport Minister Marc Garneau agreed to amend PortsToronto’s Letters Patent to facilitate the sale and allow the proceeds to be paid to Ports.

Norman Di Pasquale, chair of NoJetsTO, a leading opponent of airport expansion, derided what he called a “backroom deal without public input.” Waterfront community groups say it comes with no conditions to make sure the money is spent on public priorities and not for the private benefit of Ports’ prime tenant, Porter Airlines.

“Ports is using public assets for its own purpose,” argues noted urban planner and Waterfront for All founder Ken Greenberg, who says that cash from the sale “should be applied to advancing the revitalization of the waterfront.”

It’s not the first time that PortsToronto has ticked off other players on the downtown waterfront.

In recent years the agency has been involved in legal scrapes with the city over outstanding property taxes, its former tenant Air Canada Jazz and the activist group CommunityAir, among others. Then there was Porter Airlines’ proposal to expand the Island airport to accommodate jets, which drew fierce opposition.

Although PortsToronto publicly maintained a neutral stance on the subject, behind closed doors it enthusiastically supported Porter’s plan.

Why does Ports behave this way? The short answer is because they can.

“Ports is not accountable and not responsible,” says Greenberg.

PortsToronto and 17 other port authorities across the country were created in 1998 when the federal government passed the Canada Marine Act, which critics charge essentially gives them carte blanche. The law imposes no performance standards or requirement that port authorities consult with the public or work in concert with municipal governments or community organizations.

Ports, in short, has a licence to do as it pleases.

Vaughan, who has publicly locked horns with the agency going back to his days as a local councillor, believes that Ports can be brought to heel by appointing progressive, community-minded individuals to its board of directors. Past governments, both Liberal and Conservative, have handed out board positions to party loyalists, so Vaughan’s vision would represent a significant break from tradition.

Unfortunately, indications to date aren’t hopeful. The only board member appointed since the Liberals took power, banker Darin Deschamps, is an Oakville resident whose primary qualification for the post appears to be his Liberal party connections.

There are currently two vacant positions on PortsToronto’s board. But Garneau’s office could not tell NOW when they’ll be filled, or by whom.

“It all has the smell of partisan politics,” says Brian Iler of CommunityAIR, which has been at odds with Ports and its predecessor, the Toronto Port Authority, for years over Island airport expansion.

A more radical solution than tweaking the makeup of the board – disbanding PortsToronto entirely and handing its responsibilities to the city – has problems of its own. The 45-member council dominated by suburban politicians could prove as unresponsive to the interests of downtown residents as it was when talk of lengthening the runways for jets was first proposed.

Turning a decision on the future of PortsToronto over to the current council could result in a resurrection of the jets initiative.

A realistic and effective remedy would be for the federal government to update the Canada Marine Act, requiring Ports to consult with the public, work together with Waterfront Toronto and other city agencies and generally play nice with its neighbours. Sadly, there’s no indication that such revisions are currently under consideration. In fact, the only change to the Canada Marine Act that the government is working on may actually make PortsToronto even more autonomous. According to Transport Canada spokesperson Catherine MacPherson, the government is preparing legislation to allow port authorities to access funds from the new Canada Infrastructure Bank.

For the foreseeable future, then, PortsToronto will remain a powerful player on Toronto’s downtown waterfront.

It’s got a quarter of a billion dollars in assets, land holdings all around the harbour and an expansionist agenda for the Island airport, so we can only wait and see what it will get up to next.

How did Port authority become so powerful?

It’s a quirk of history that PortsToronto remains a significant factor on the downtown waterfront.

Back in the 60s, the Toronto Harbour Commission – Ports’ predecessor – had a real job to do. The industrial harbour was a going concern, with shipping volume peaking in the late 1960s at over 6 million tonnes annually.

Since then volumes have dropped dramatically. Today the only ships coming into the port carry low-value bulk cargo like road salt, cement and raw sugar, and revenues from port operations add up to just over $6 million a year, about the same as a suburban gas station.

As the importance of the port dwindled, the Island airport gradually became PortsToronto’s main focus.

In 1983, commercial flights were allowed at the airport as a way of generating cash for an otherwise-insolvent Harbour Commission. Last year operations and improvement fees at Billy Bishop generated $47 million in revenues, more than seven times what operating the port brought in.

Once a side business, the airport has become PortsToronto’s life support system.

Updated 8:06 am on June 15, 2017: An earlier version of this story misquoted Adam Vaughan. He does not support placing PortsToronto under the authority of City Council.