Even though there is a weather emergency, B.C. cabinet ministers didn't utter a peep when officers were deployed to protect a pipeline project 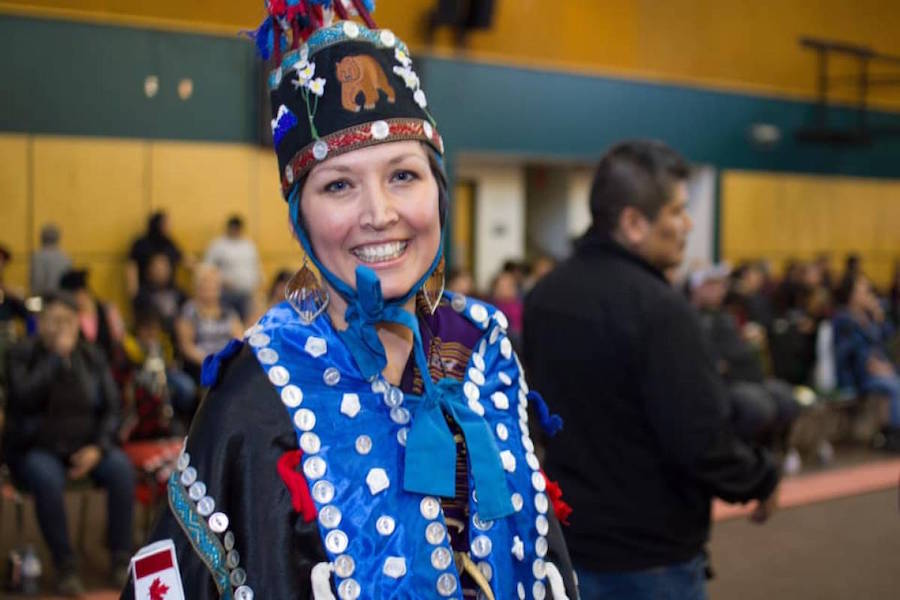 Sleydo' (a.k.a. Molly Wickham) says that Wet'suwet'en people, under the governance of hereditary chiefs, are standing in the way of the largest fracking project in Canadian history.

This week, someone asked me to provide context regarding the RCMP’s recent arrests of Indigenous land defenders on traditional Wet’suwet’en territory.

With injunctions, all the Mounties need to do is set up an exclusion zone and then grab anyone, including journalists, who ventures beyond the RCMP boundary.

So far, 32 people have been taken into custody, according to the land defenders, including photojournalist Amber Bracken and documentary filmmaker Michael Toledano.

A criminal defence lawyer who spoke with @photobracken from jail tonight told me the RCMP arrested Amber and @M_Tol because they were seen as ’embedded’ with land defenders. This logic makes it impossible for frontline journalists to do their job without the threat of arrest.

That enabled the Mounties to dispatch a large number of members into traditional Wet’suwet’en territory to enforce an injunction obtained by Coastal GasLink.

This was done under article 9.1 of the Provincial Police Services Agreement.

Farnworth has since been elevated to deputy premier. He acts as premier in John Horgan’s absence as he seeks treatment for throat cancer.

Here’s the first question that opposition MLAs need to ask:

Did Mike Farnworth authorize the RCMP to redeploy the Provincial Police Force in the midst of a provincial weather emergency so that more RCMP officers could swoop down on Camp Coyote?

If so, it seems like an odd time to redeploy police resources when so many roads and highways have been washed out in the midst of unprecedented flooding.

The B.C. RCMP has published two updates on its “enforcement on the injunction granted to Coastal GasLink.” In the first, it stated that 14 people were arrested.

This statement declared that there was “considerable damage” to the Lamprey Creek Bridge at the 44-kilometre point of the Morice Forest Service Road. In addition, there was a vehicle on fire and a decommissioned excavator at the 64-kilometre point.

In the second, the Mounties cited additional “obstructions, blockades, two building-like structures as well as a wood pile that was on fire around a drilling site.” These were at the two-kilmometre mark of the Marten Forest Service Road.

The B.C. RCMP statements indicate that officers were enforcing an injunction obtained by Coastal GasLink.

What was left unsaid is that the B.C. RCMP has chosen to enforce private law.

That was done instead of arresting suspects for violations of criminal law described in the two RCMP statements.

And the Mounties have chosen to enforce private law “deployed in military garb, armed with assault weapons and dog teams,” according to a news release issued by the Gidimt’en Land Defenders.

The penalties for violating an injunction can be far more severe than breaking a criminal law. That’s because disobeying a court order can result in indefinite jailing.

In an article in the UBC Law Review in 2000, then law student and current University of Ottawa professor of law and medicine Amir Attaran stated that getting “prosecuted” under civil law was “prejudicial.”

At that time, Attaran revealed the existence of a Crown counsel policy manual statement. It maintained that where “civil disobedience affects only a selected group of individuals, those individuals should generally be encouraged to apply for a civil injunction to stop the disobedience.”

According to Attaran’s article, the RCMP’s policy on civil disobedience at that time reinforced this approach: “In accordance with the direction of the Ministry of Attorney General, a low-key non-confrontational approach has been adopted and the criminal law is sanctioned for only significant acts of violence or property damage…”

That led Attaran to conclude: “Taken together, the Attorney General and RCMP policies create a regime in which public authorities foreclose the use of the Criminal Code offences relevant to civil disobedience and blockading – such as mischief, intimidation, breach of the peace, contempt, and so on – leaving only remedies in private law.”

Attorney General David Eby oversees policy in his ministry. Under the Attorney General Act, he is “the official legal adviser of the Lieutenant Governor and the legal member of the Executive Council [the cabinet].”

Also under this law, Eby “must advise the heads of the ministries of the government on all matters of law connected with the ministries.”

Here’s the second question that opposition MLAs need to ask:

Is David Eby continuing with the policy of foreclosing the use of the Criminal Code offences relevant to civil disobedience to clear the way for anti-pipeline protesters to be jailed indefinitely for violating a court injunction?

Two large fund managers bought a big stake in the Coastal GasLink project after a 2019 court injunction was issued.

Who is the law serving?

The third point worth mentioning is Supreme Court of Canada jurisprudence.

Canada’s highest court has not repudiated the “Doctrine of Discovery,” which resulted from formal statements by the Pope in the 1400s.

“Discovery was used as legal and moral justification for colonial dispossession of sovereign Indigenous Nations, including First Nations in what is now Canada,” states a document on the Assembly of First Nations website. “During the European ‘Age of Discovery,’ Christian explorers ‘claimed’ lands for their monarchs who felt they could exploit the land, regardless of the original inhabitants.”

The document noted that modern court rulings have continued to rely on this doctrine. It also pointed out, however, that the Tsilhquot’in ruling in 2014 stated that the “doctrine of terra nulllius (that no one owned the land prior to European assertion of sovereignty) never applied in Canada.”

Coastal GasLink has often stated that it has the support of all of the elected chiefs and councils in Wet’suwet’en territory.

These band councils were created under the federal Indian Act and only exercise jurisdiction over reserve lands created by the federal government.

One of the Indigenous land defenders who was arrested, Sleydo’ (a.k.a. Molly Wickham), had this to say:

“The Wet’suwet’en people, under the governance of their hereditary Chiefs, are standing in the way of the largest fracking project in Canadian history. Our medicines, our berries, our food, the animals, our water, our culture, our homes are all here since time immemorial. We will never abandon our children to live in a world with no clean water. We uphold our ancestral responsibilities. There will be no pipelines on Wet’suwet’en territory.”

In granting the injunction to Coastal GasLink in 2019, Justice Margaret Church went out of her way to explain why the land defenders’ actions were not in accordance with Wet’suwet’en law. It was her way of addressing concerns about the federal and provincial government issuing permits to a pipeline company on unceded territory.

Here’s a question that opposition MPs might want to ask:

Does Prime Minister Justin Trudeau believe that the Supreme Court of Canada should formally repudiate the racist Doctrine of Discovery?

Not long after Justice Church issued her injunction, TC Energy agreed to sell 65 per cent of its interest in the Coastal GasLink pipeline to New York–based KKR and the Alberta Investment Management Corporation (AIMCo).

AIMCo acts on behalf of 31 pension, endowment and government funds in Alberta.

KKR is a New York-based private equity fund manager that brags about the important role it can play in “supporting the global transition to a low-carbon economy.”

By one estimate, the LNG project and its associated infrastructure will bring an increase of up to nine million megatonnes in annual B.C. greenhouse gas emissions. That’s after factoring in all the fracked natural gas that will be shipped to the facility.

KKR knew that if anyone engaged in civil disobedience against this pipeline – and in support of responsible climate policies – private law would apply. And they would be arrested. And if they returned to an RCMP-dictated exclusion zone protest again, they could be thrown in jail indefinitely.

This is the context behind what’s happening in northwestern B.C. this past week.

Protesters could seek their own court order

The arrests have taken place in advance of another expected atmospheric river walloping B.C. It will likely result in more road washouts and flooding.

Regardless of this, as long as Mike Farnworth is the acting premier and David Eby is the attorney general, there will always be enough RCMP officers available to enforce private law on unceded Indigenous territory.

However, Attaran’s article in the B.C. Law Review pointed to a way out for peaceful, law-abiding demonstrators.

He suggested that a person could file an application in B.C. Supreme Court under the Judicial Review Procedure Act asking for a court order forcing the Crown and the RCMP to enforce the criminal law.

If the Crown and RCMP were to do this, there would be less justification for a pipeline company or any other corporation to obtain a court injunction to pursue a remedy through the exercise of private law.