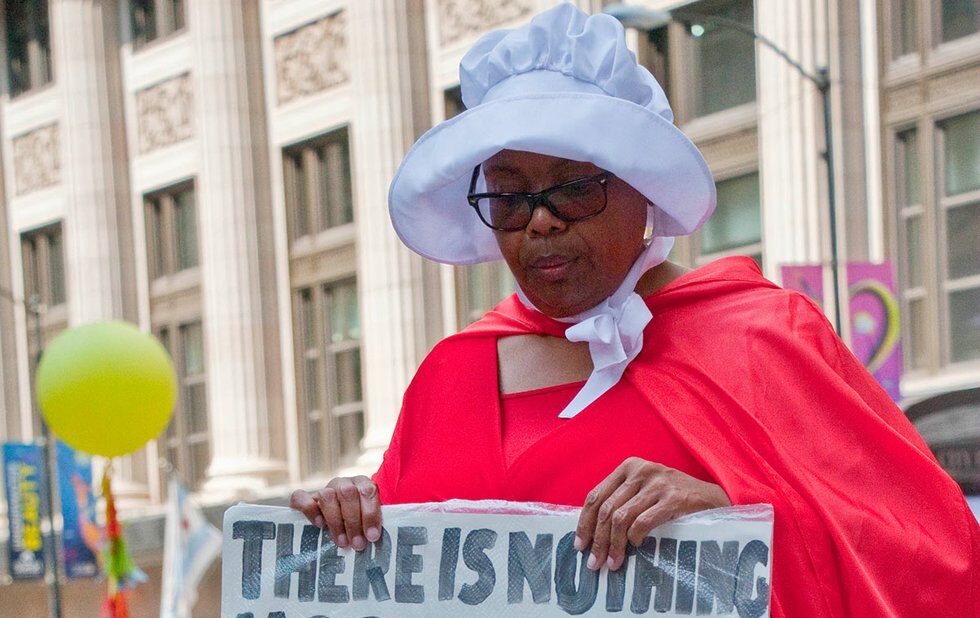 Update: The May 24 demonstration has been moved from Toronto City Hall to Queen’s Park. It will start at 5 pm instead of 7 pm.

As the war on reproductive rights rages again in the U.S., a group of Toronto residents plan on voicing their support for choice this week.

Nearly 1,000 people have RSVP’d for a public demonstration against threats to abortion access taking place on Friday (May 24) at 7 pm outside Toronto City Hall.

“The purpose of this demonstration is to decry reproductive limitations as a violation of human rights,” says Lucy Gervais, one of the protest organizers.

The event’s Facebook page says the demonstration, which represents non-binary and intersex folks, transgender men and cisgender women, is aimed at addressing “all gendered and racialized violence.”

The protest comes two weeks after a March for Life rally in Ottawa, which saw thousands of anti-choice demonstrators pack the lawn in front of Parliament Hill on May 9. While provincial members of the PC party and federal members of the Conservative Party have attended the March for Life rally and been outspoken about banning abortion in the past, Conservative Party leader Andrew Scheer says he doesn’t intent to reopen the debate during October’s election.

At a satellite March for Life rally in Toronto, three PC MPPs showed up. Among them was Niagara West MPP Sam Oosterhoff, who stated that he wanted to make abortion “unthinkable in our lifetime.” Christina Mitas, MPP for Scarborough Centre and Will Bouma, MPP for Brantford-Brant, were the other MPPs in attendance.

Oosterhoff’s comments sparked outrage. And over the weekend, Ontario’s youngest-ever MPP was confronted by protestors during a coffee event in Grimsby. Dozens of people dressed in red cloaks inspired by The Handsmaid’s Tale and hoisting signs stating “my body my choice,” also blocked Oosterhoff’s vehicle from leaving the event until cops arrived to escort him out.

Margaret Atwood’s dystopian novel-turned-TV series explores the subjugation of women in a patriarchal society where women are property of the state. The iconic red cloak from The Handmaid’s Tale has become a symbol of protest against women’s oppression around the world. Attendees at Friday’s Toronto demonstration are encouraged to wear costumes and bring signs.

Abortion remains legal in Canada, but access to reproductive health is back in the spotlight after several U.S. states passed “heartbeat bills” in recent weeks. Last week, Alabama went further passing a law making it illegal for doctors to perform abortions.