Why was pro-Palestinian Jewish organization denied a seat on Ontario government’s anti-Semitism committee? 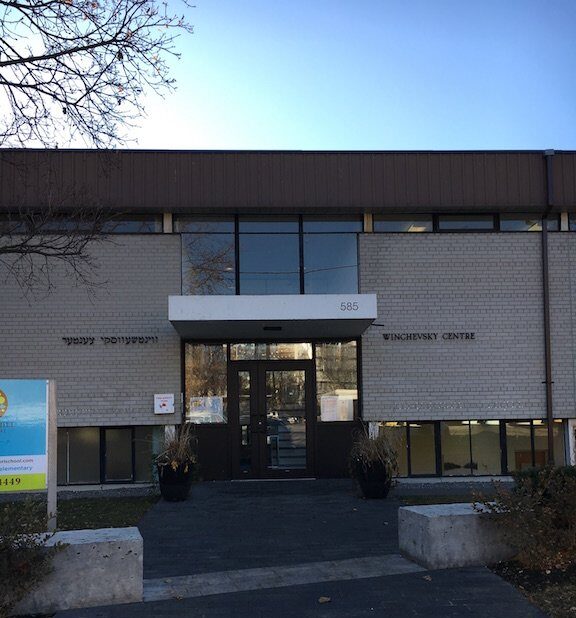 On November 10, the anniversary of Kristallnacht, the Morris Winchevsky Centre was vandalized with neo-Nazi posters. The notices read: “White revolution is the only solution,” and “Join your local Nazis.”  The posters included a website address.

The posters were a kick in the stomach.

Anti-Semitism is real and on the rise again. In the United States and Canada we are witnessing an upsurge of neo-Nazi activity, including swastikas spray-painted on playgrounds, cemeteries desecrated and bomb threats targeting Jewish institutions.

In response, the Ontario Anti-Racism Directorate has recently established an anti-Semitism committee to advise the government on responses to anti-Jewish activities, among other things.

Poster like this was left outside Morris Winchevsky Centre November 10.

The United Jewish People’s Order (UJPO), a secular Jewish organization rooted in principles of social justice, has been denied a seat on the committee. By excluding UJPO the Directorate appears to be prioritizing mainstream Jewish groups over other longstanding Jewish organizations who are equally concerned about anti-Semitism and who are actively engaged in anti-racism work with others targeted by white supremacy.

UJPO was founded in the 1920s in a climate of anti-Semitism, and during a time when we had to look out and stick up for each other. In 1935, when the organization wanted to purchase a piece of land outside the city (due, in part, to anti-Semitism in the Beaches and other parts of Toronto), we had to ask our non-Jewish Ukrainian friends to make the purchase Jews could not buy land. Last August, we co-sponsored an event commemorating the 1933 Christie Pits riot at which an anti-Semitic group known as the Pit Gang publicly displayed swastikas to provoke Jewish baseball players in Christie Pits.

So why, given our Jewish identity and this history, is UJPO being denied a seat on the anti-Semitism committee?

The Directorate says it’s a matter of numbers – that the committee is full. But given some of the correspondence and conversations that have taken place between UJPO and the Directorate, there may be something else at play: namely, members of mainstream Jewish organizations on the committee who dangerously conflate criticism of Israel’s government and anti-Semitism.

Equating the two has become a powerful device to silence alternative Jewish voices which, in the long term, could negatively effect the crucial work of this committee.

For example, how will anti-Semitic hate crimes be counted? Will the tally include campus and other groups that oppose the Israeli state’s actions against Palestinians? How will the committee differentiate between acts grounded in hatred of Jews and those grounded in criticisms of Israel’s government? The two are not the same. All Jews do not unquestioningly support the policies and actions of the Israeli state. The assumption that we do ignores the many races, geographies, experiences and political viewpoints that exist among Jews.

I grew up in a Jewish home where, at our Seders, we talked about racism, homophobia, Canada’s treatment of Indigenous people and the rights of Palestinians. We hoped for a shared Jerusalem that has a place for both Jews and Palestinians.

Accusations of anti-Semitism are being used to silence criticism of Israel. This use of the term is not only misleading, it is disrespectful of Jewish history, of the Holocaust and of the ways Jews have suffered through time. If the definition of anti-Semitism is allowed to become expanded and distorted in this way, who will recognize it and stand up for us when we encounter the real thing?

Now is the time for solidarity with and amongst those who are targets of Islamophobia, anti-Black and others forms of racism, homophobia, transphobia and anti-Semitism. Now is not the time for Jews who are critical of Israel to be marginalized from Jewish communities. My views on Israel and my support for Palestinian rights make me no less Jewish and no less vulnerable to anti-Semitism. In these volatile and scary times, I hope we can find the heart and courage to stand up for one another and resist distortions of what anti-Semitism is and looks like.

Editor’s note: We contacted the Ontario Anti-Racism Directorate via email on Monday (November 27) to request comment, but have yet to hear back. We will update this story when we do.