Thousands took to the streets to say no to prorogue 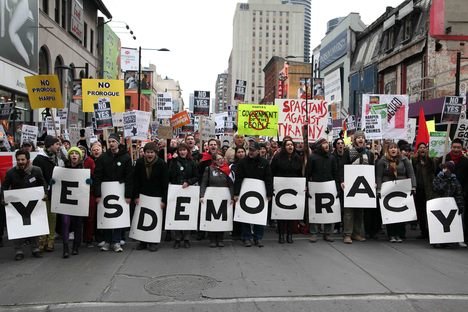 Toronto really got its anti-prorogue on with a rally at Dundas Square that did itself proud with protest.

Many thousands (between five and 10,000) filled the square and over-flowed its edges with a vibe of attentive good humour as speakers tried for rhetorical flourishes that fell just shy of the mark.

No matter. Just the sight of each other was enough to buoy the spirits of the diverse, all ages crowd. What an amazing turn-out for a movement born less than three weeks ago.

It is so strange that Stephen Harper’s New Year’s eve prorogue feels so long ago. What a relief that now we know. Harper’s arrogant flouting of democracy will live beyond the fleeting political memory of a typical news cycle. Torontonians and others across the country – truly from sea to sea to sea – who braved our Canadian winter to show their concern about this fundamental issue, have proven that.

And when I say “brave”, I’m thinking of the two young men in their Roman warrior outfits (?) who were buck naked under their capes, loincloths and headdresses. Wow. One friend told me she saw other committed anti-prorogue warriors of the older sort who were there with their oxygen tanks. 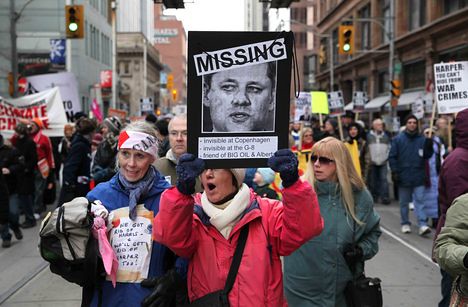 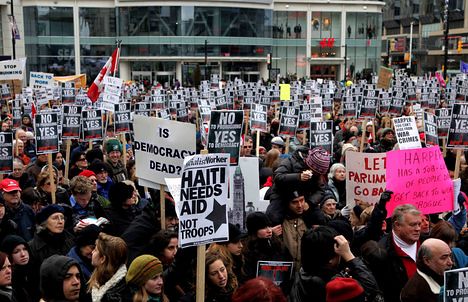